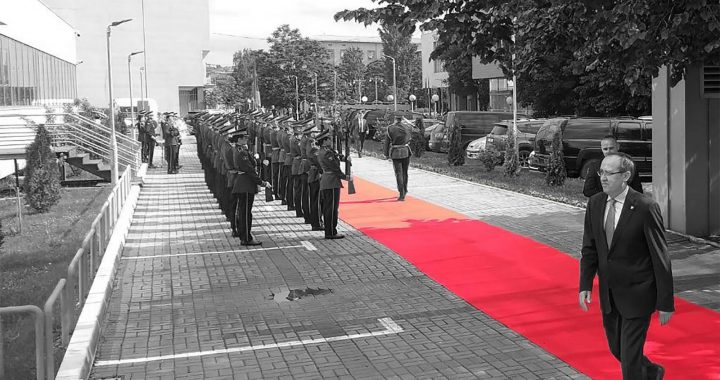 The Hoti Government brings with it an emboldened president ready to resume duties in the dialogue and an emboldened Lista Srpska able to influence from within.

Kosovo has seen three different prime ministers in office within a year, speaking volumes about the level of political instability in a country stuck in the status quo, with no resolution to its frozen conflict with Serbia in sight.

The Hoti government, formed on 3 June, sets a new precedent in Kosovo, as it was established by the party that finished second in the last parliamentary election.

While the debate over legality is seemingly closed now, the debate over the government’s legitimacy remains open, and rightly so. Its legitimacy is not only questioned with reference to the manner in which LDK wormed its way into power, but also due to the fact that this government has been formed with the help of active lobbying led by President Hashim Thaci.

This has been explicitly revealed by MP Haxhi Shala, who was persuaded to vote for the Hoti Government the night before the voting took place. This is a concerning incident in its own right, but it also reveals the dependence this government has on Thaci, given his influence over certain members of the Assembly.

The half empty parliament – in absence of the MPs from Vetevendosje – and the unenthusiastic welcome the new government received as it began its mandate reflect the lack of support that the new prime minister will have in his mission to lead the country in its darkest hours.

The challenges that the new government faces are multi-faceted, starting from the fact that it barely has a majority, with just 61 votes in the 120 seat parliament supporting its formation. It also faces the dual opposition of Vetevendosje (the winning party at the election) and PDK (who governed for over a decade before committing itself to remain in opposition following the October 6 elections).

These two things combined will make the functioning of the legislative and executive institutions very challenging or nearly impossible, and give immense power to individual MPs to use their vote as a bargaining chip against the government.

The country is also facing pernicious political polarisation. The Hoti Government has to learn how to navigate such an extreme political environment in order to ensure full functionality of institutions.

The new government’s reliance on Lista Srpska can also cause issues. Created in the framework of the Brussels dialogue, Lista Srpska was designed to represent the Kosovo Serb community in the dialogue. However, the party has not only monopolized the political representation of local Serbs but has been utilized by President Aleksandar Vucic as an extended hand of Serbia within the Kosovo Government.

While Lista Srpska has been part of the government in the past, its political power now is much stronger than it was in the Kurti government, and this new found power could play a detrimental role in the dialogue with Serbia. In fact, these effects have already been seen in the party’s governing agreement with LDK, which promises a “removal of all obstacles” to the dialogue, essentially a condition to remove reciprocal trade measures imposed by the previous government.

This brings us to the main reason why this government has been formed and carefully crafted: the need to fit into and support the agenda of the President Thaci in the dialogue. A strong president needs a weak prime minister, this way it is easy to ensure full subordinance.

Thaci, in comparison to Hoti, or even the new Minister of Foreign Affairs Meliza Haradinaj, has an established international reputation and is a strongly consolidated actor within the dialogue process. Henceforth, it seems very possible that the dialogue will be left in the hands of President Thaci, backed and guaranteed by the US.

If the dialogue is taken out of the Prime Minister’s scope, the Hoti Government will be left to tackle mission impossible: revitalizing the economy – which was fragile before the pandemic and has been devastated during the extreme lockdown. Promising millions, talking numbers, plans and strategies to fully recover economically, LDK aims to use their academic economic expertise through a Prime Minister they call the perfect technocrat.

What Kosovo is missing now is genuine leadership to pull the country out of not only a huge economic crisis, but a political polarisation and power struggle that is set to have a detrimental impact on the future of the country internally and internationally.