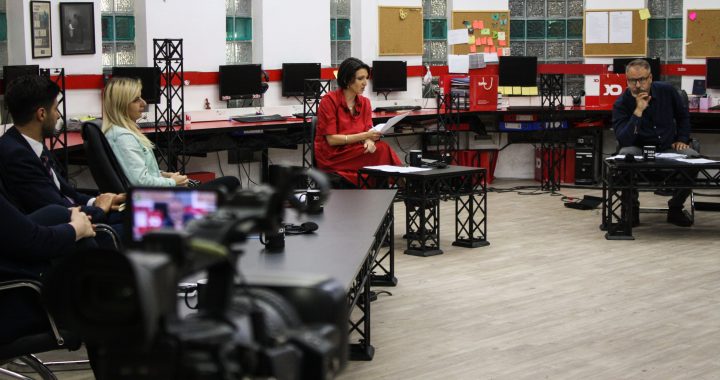 Residents, local and central government and private investors have very different priorities when it comes to sustainable development in Kosovo.

Some of the most explosive recent events in Kosovo’s ongoing battle for environmental protection have been the protests against hydropower construction in the municipality of Strpce in southern Kosovo.

Residents of the village of Lower Biti have been protesting against multiple development projects planned along the River Lepenc that would threaten the river’s dwindling resources for close to five years, with protestors in conflict with investors, developers and even their own government.

The protests intensified after excavation work for a hydropower plant damaged water supplies to a reservoir that services around 2,500 people in January 2019. “I have acres of land where the machine is excavating, but no one told me about,” protestor Stanislav Staletovic told BIRN in October. “I came to find out what was going on, and if I hadn’t come here to see the damage to the land myself, I don’t think [the municipality] ever would have told me.”

In October 2019, the protests turned violent with more than 20 locals injured by police. Protestor Edita Tahiri told BIRN that the demonstration was peaceful until one policeman provoked the crowd by calling for excavation to restart. “It was meant as disrespect to the protesters,” she said. “We became agitated so they threw pepper spray on us and the police started apprehending us.”

Osman Dzudzevic, a researcher specialising in hydropower, explained during BIRN’s televised show Jeta ne Kosove on Thursday how residents of the Bosnian community in Zhupe were able to successfully prevent the hydropower construction they were protesting.

“There was a lot of pressure from the citizens,” Dzudzevic said. “But it was because the politicians stayed close to the citizens, represented their interests and because the two groups fought together that we were able to prevent the hydropower plant from being built.”

Dzudzevic was joined on the show by Avni Zogiani, a former deputy environment minister, and Fatmir Gerguri, the head of the Independent Commission for Mining and Minerals to discuss the Kosovo Government’s consistent failure to prioritise the environment and public health over economic development.

Environmental experts also took part in the show, drawing attention to the series of incidents causing significant environmental damage, including the pollution of the Drenas river from the Ferronikeli factory, illegal landfills in Podujevo, Gjakova and Ferizaj harming the health of nearby residents, the lack of a nationwide household recycling system, the pollution of the Vermica river from rubbish and the eradication of green spaces in Gjakova to make way for larger pavements.

Many also criticised the inability of Kosovo’s institutions and its people to present a united front and coherent vision for the country’s sustainable future.

‘We knock on the door, and no one responds,’ say activists

Egzona Shala is a biodiversity expert and one of the people who spearheaded an immensely popular social media campaign earlier this year against the planned construction of a residential neighbourhood on the shores of Lake Badovc, which was said to endanger Prishtina’s primary drinking water resource. Bolstered by the tens of thousands of supporters who campaigned against the development, the project was halted.

However, Shala believes that the fact that it took this level of media attention and vocal opposition reveals that, for those in the position to take decisions on these kinds of projects, economic development of the country comes higher on their list of priorities than public health.

“The situation in Badovc really taught us a lesson,” she said. “When it comes to the environment, if you knock on the door no one is going to respond. Economic development is a priority, but that cannot come at the expense of harm to people’s health.”

Fatmir Gerguri, who leads the Independent Commission for Mining and Minerals, agreed that support for development projects that violate Kosovo’s environmental law should be stopped. However, he added that there are economic benefits to projects, including those that he oversees such as mining and the excavation of gravel from Kosovo’s riverbeds for construction purposes, that need to be taken into account.

“People need to put food on the table. The economic development of our country relies on its resources, and when we employ people to build a quarry or a hydropower plant,” Gerguri said adding that there are many people who rely on these industries to survive.

“Kosovo institutions have no idea what sustainable development even means,” said Zogiani. “Each [ministry] implements different policies which put different sectors in complete conflict with each other. For example: the government has set ambitious goals in terms of energy generation [using hydropower] but they haven’t got a clue whether there’s enough water to achieve them.”

Zogiani says that the government needs to abide by the priorities set out in the law. “Kosovo’s legislation sets priorities for water [distribution]. Drinking water comes first, then water for agricultural use, then industry, only fourth is water to be used for energy. But in practice, drinking water comes last.”

On top of this, Zogiani added, investors looking to profit from big development projects are signed off by Kosovo municipalities and its central government, who approve projects that have almost no local support.

“They give licenses to economic operators who are then put in a trap of sorts, because citizens say that they have no water and it is destroying the flow of rivers,” he said. “But these operators have been given licenses to build, so what should they do?”

Emra Cermjani from NGO Roma in Action also believes that public institutions are failing to prioritise public health. As a member of the Committee for Communities at the Municipality of Gjakova, he has been fighting to get rid of the illegal landfill site in the Ali Ibra neighbourhood for years, receiving promises from the mayor that something will be done, but no action.

“This illegal landfill is greatly affecting the lives of the Roma, Ashkali and Egyptian communities that live here. Every government, central and local, has promised to remove it,” Cermjani said. “For us, COVID-19 isn’t something new – outbreaks of different epidemics caused by pollution from the landfill have been here before.”

In response, Zogiani explained that the municipality cannot afford to move the landfill somewhere safer. “This waste is planned to be transferred to a legal landfill in Landovica near Prizren,” he said. “But at the moment, this will cost about 700,000 euros, which the municipality cannot cover. The government can, however, so I don’t see why this should be a problem.”

Jelena Djokic, a professor in waste management at the International College of Business Management in Mitrovica, said that one of the reasons that public institutions fail to prioritise projects that are in the interests of public health and the environment is that they tend to be low profit.

“We know that recycling waste, for example, is not profitable,” Djokic said. “But we cannot leave it up to the market, these are ecological problems, and we should not be thinking in terms of profit. The government must subsidise sectors like recycling that will not bring financial benefit.”

According to Shend Boshnjaku, head of the NGO Green Energy Kosova, financial motives also explain the government’s push to build so many hydropower plants on Kosovo’s rivers.

“It is cheap to build hydropower and the profit is much higher in comparison to, say, photovoltaic energy or solar panels,” he said. “The biggest institutional problem is that because hydropower is considered renewable energy, it can be sold for a much higher price than even lignite [coal].”

Huge gaps in procedural oversight of the construction of hydropower is making it even easier for private investors, Boshnjaku added. He argued that a lack of inspectors monitoring construction and a failure to demand quality environmental impact assessments leads to profit for both the government and private investors, at the expense of Kosovo’s dwindling water resources.

Boshnjaku urged citizens to demand public consultations and complete transparency through freedom of information requests to hold investors and institutions accountable. “The public and affected communities are never consulted appropriately on the further construction of hydropower plants,” he said. “International law guarantees the right to these consultations and access to these documents, and they have the right to sue their government for violating this.”

For Mustafa Skenderi, executive director of the Kosovo Serb channel TV Mreza, hydropower projects provide little for the wider economy. “Beyond the five or six people these private operators employ, what is the public interest here? Hydropower has such a low contribution to energy generation, and at what price?”

Shala believes that community efforts like those that halted the construction in Lake Badovc are important for pushing Kosovo in the right direction, and that the pandemic has been useful in increasing the popularity of online initiatives for green living.

“On Wednesday, we started a glass collecting initiative online with a glass recycling company run by two people in Gjakova,” she said. “So many people collected glass and brought it to us so we could sell it to this recycling company.”

Shala hopes that these kinds of initiatives will raise awareness amongst local governments who are responsible for dealing with waste. “People don’t want to throw glass away, but there are no facilities for recycling it, and this is the obligation of the municipalities,” she said. “It’s 2020, and we still don’t have systematic household recycling in Kosovo.”

According to Djokic, while it is important to support informal collection initiatives like Shala’s, it is students like hers at the university in Mitrovica whose job it is now to push for governmental responsibility and accountability towards a greener future. “The key words are sustainable development. We need people to understand that without it, there is no future.”