Following the most recent episode of “Jeta ne Kosove,” which broadcast an investigation titled “Does Kosovo have enough water for hydropower plants?” Shpresa Loshaj, a diaspora activist working with the Canadian government, addressed an open letter to Kosovo Prime Minister Ramush Haradinaj

I hope you had the chance to watch last night’s episode of “Jeta ne Kosove,” “Does Kosovo have enough water for hydropower plants?” that dealt with the problems related to the degradation of the environment in Decan as a result of the construction of the hydropower plants.

Although I have lived in Canada for 20 years, working with the Canadian government as a policy adviser, I am very engaged with developments in Kosovo, and as of recently, part of the diaspora network with the Germin organization.

A few months ago, when I came to Kosovo for a visit, I had the chance to learn In depth about some of the problems that our birthplace, Decan, faces, and I will start my letter by addressing the degradation caused to the environment in the Decan canyon. Allow me to shortly express some of the many concerns that I read and heard from our compatriots regarding this issue. I am directing this to you because, unfortunately, the institutions whose duty it was to prevent this problem and contributed quite a lot to this situation, and your attention is necessary for it.

Prime minister, from 2012 until now, the Decani canyon has been suffering from irreversible destruction in the name of supposed economic development. All the governments since, like a chain, in collaboration with the Municipality of Decan and Kosovo institutional officials of different levels, have committed a series of violations in regards to the Decani canyon, and have impinged on the integrity of public institutions during the process of approving the construction of three hydropower plants in Decan. These construction approvals were given to Austrian company Kelkos Energy, and the procurement process happened in foggy and completely undemocratic  circumstances. For example, the destruction in Zall i Rrupes have proven that this process was not based on scientific evidence or supported by any legal basis, right from the proposal phase.

Benefitting from an environment without supervision and accountability from responsible institutions, Kelkos Energy has caused irreversible damage, and have not even published their contract details. Only walking along the canyon to Zall i Rrupes I was met with destruction everywhere, some of which I will list here. 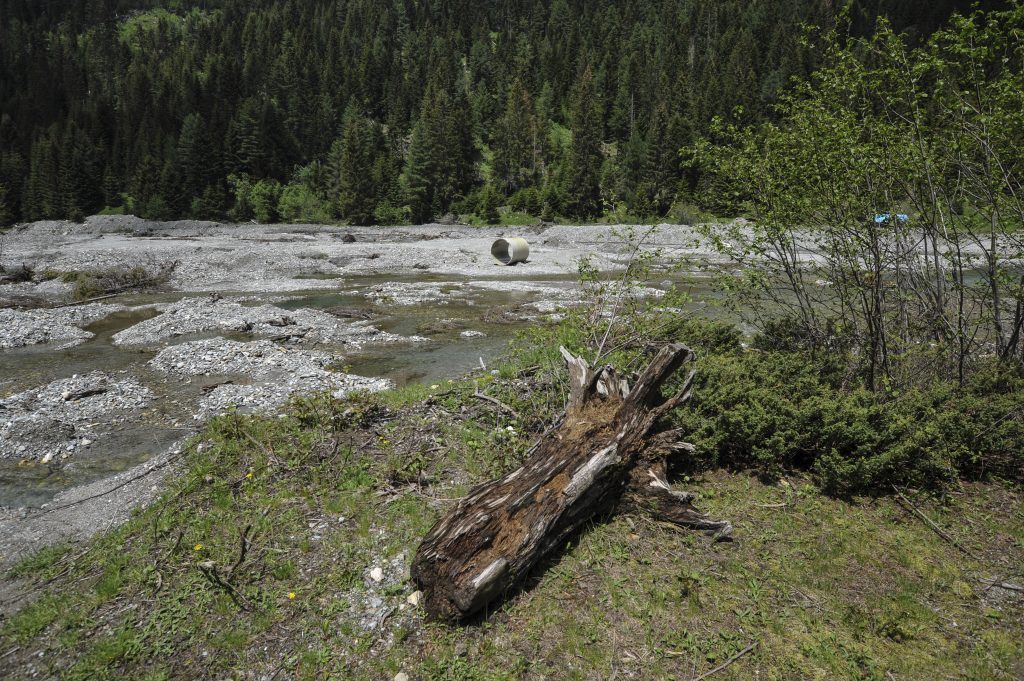 Firstly, with the pretext of building a water wheel in Zalle e Rrupes, Kelkos destroyed the rare characteristics of one of the last rivers of its kind in the Balkans. Since the river bed was gravelly, Kelkos robbed tons of gravel and left behind holes filled with water that endanger the lives of passersby and mountain dwellers that live and work there. When they did not need the gravel anymore, Kelkos stated that Zalle e Rrupes is apparently not good terrain for the construction of a water wheel, which should have been clear during the proposal phase.

Secondly, Kelkos has also violated their contract with Kosovo throughout  the construction of hydropower plants, since it did not protect the small streams that run near the river, which was a legal obligation for them. Officials from the Municipality of Decan unofficially confirmed it to me that the contract was never made public.

Thirdly, according to the law, hydropower plants built by Kelkos still do not have approval to produce energy because there has not yet been a study on the impact on nature, but from what I saw, this does not stop Kelkos. They do not only produce power illegally, but they do it in the most degrading way possible. The law requires that there always needs to be a minimum of 30 per cent of the water on the riverbed. Yet, as is apparent in the picture and video above, Kelkos left the riverbed bare, running 100 per cent of the water through pipes, which results in the death of the biodiversity and the river.

Finally, as a condition for the construction approval, Kelkos had to build a park in Decan with an investment of one million euros. The park looks more like a surface covered in rocks and cement which is not worth even 1 per cent of the promised budget. Besides seeing it as a budget deception, this park is an insult to Decan people, destroying our environment.

Prime minister, although these were legal violations committed by Kelkos, most of the approvals for these came directly from public institutions, or responsible officials who decided to turn a blind eye. Due to this lack of responsibility and consideration for the law, they have given a green light to Kelkos to act outside of the legal framework without fear of punishment. Such actions are harmful to Kosovo’s future and might cause the withdrawal of credible investors.

In light of this information, there are two possible solutions: not to do anything, like your predecessors, or take the courage to face reality. Believing that you will choose the second, I suggest that you undertake two important steps that I will list below. 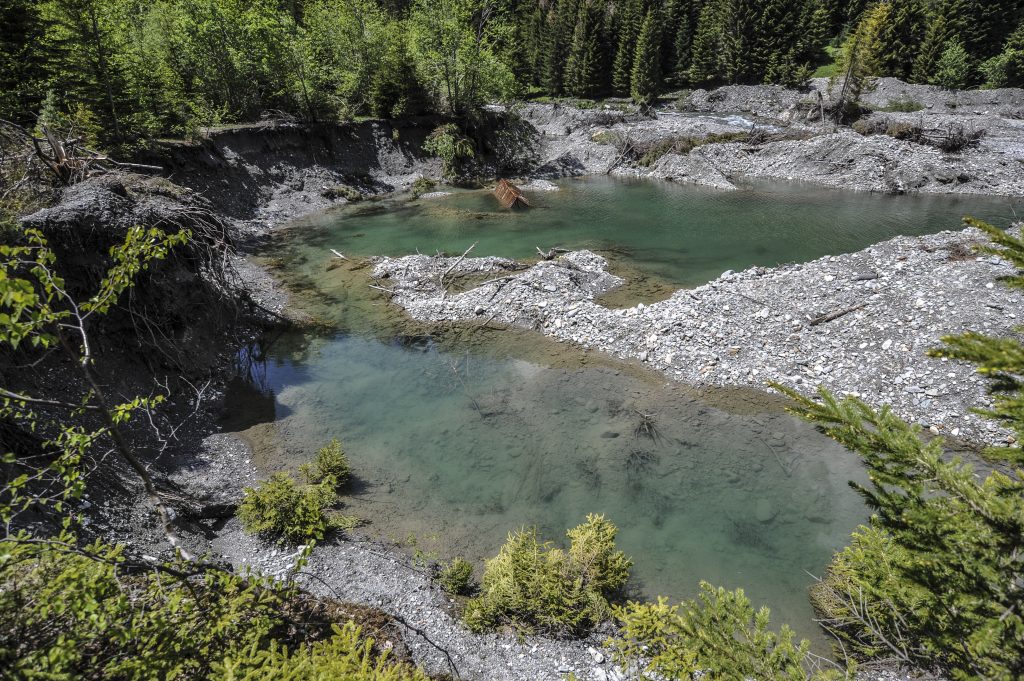 Relevant institutions should be called to start an independent investigation into the decision-making process regarding the approvals for hydropower plants in Decan, including all individuals involved in the issue, even informal ones. This investigation should not only lead to justice, but also to the creation of mechanism that would help avoid such situations in the future. Accountability is the basis of democracy, and the only democratic way to address these issues and to retrieve the integrity of public institutions is to shed light on the role of every person involved in this process and give account for their actions.

Although local media have reported in 2016 that the Municipality of Decan sued Kelkos for the violations mentioned above, there seems to be no evidence that such a process is being followed. Thus, it is urgent that the details of the contract with Kelkos are published and that relevant institutions start seeking justice and damages for the harm and deception that was brought upon the citizens of Decan. This action has a lot of importance not only to bring justice, but also to send a message a message of security to investors that want to work according to the rules – that they can trust the law and justice in Kosovo.

Prime Minister, after the criticism above you might think that I am more critical than supportive of the government and Kosovo institutions. But this is not the case, because former Minister Albena Reshitaj gave me hope when she suspended approvals for the construction of hydropower plants in the Lloqan Canyon, and I write you with hope that you will show courage to make difficult but decisive decisions to bring justice to the citizens of Decan, in protection of the integrity of public institutions.

The failures in the Decani canyon are a bitter lesson for us from Decan, as we are left without water and have to protect whatever is left, because we have understood too late that we cannot count on public institutions to protect our interests. I hope that from today on, Decani citizens will have support from you and relevant institutions in the search for justice regarding this issue. We are prepared to help you in this process.

The author is a Policy Advisor in the Canadian government and member of the Diaspora Network with the “Germin” organization.


The opinions expressed in the opinion section are those of the authors only and do not necessarily reflect the views of BIRN.