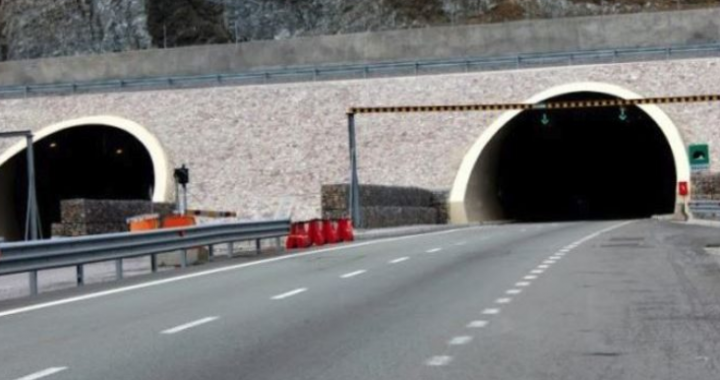 A round trip by car from Kosovo to Albania will now cost 10 extra euros following the imposition of tolls in the main highway that connects the two countries.

Starting today, toll booths placed near the Kalimash tunnel in the Milot-Morine highway, a road section that is part of the larger “Nation’s Highway” that connects Kosovo and Albania, will collect a five euro toll for a single transit.

Residents of Kukes county, the region where the largest part of the section passes through, will pay a discounted fee of 80 cents, following negotiations between citizens and the Albanian government.

On March 31, hundreds of protesters who opposed the fee clashed with Albanian Police, heavily damaging the toll booths by hurling hard objects and setting them on fire. Five police officers and 12 citizens were injured during the confrontation, and 23 were arrested.

Another protest was called on Monday, yet few people showed up. Albanian Prime Minister Edi Rama thanked Kukes residents for their “civility” and apologized for the “disturbance.”

“We will do whatever we can, not only to turn every dime for the road into investments, but also to build an airport in Kukes and to have more investments and real employment, and a new stadium,” Rama wrote on Twitter.

Prior to the first protest, every user had to pay five euros for a one-way passage through the highway. The fee was reduced to 80 cents, and 84 per cent decrease, for up to 44 transits per month for citizens of Kukes county only.

While Prime Minister Rama had harshly criticized the protest, calling it “barbarian violence,” he apologized to Kukes residents a few days later during a speech at Albanian assembly.

Rama justified the decision for the tariff by saying that “the ‘nation’s highway’ is a strategic road whose mid-term stability would have been seriously threatened if the user tariff would have not been established.”

The President of the Socialist Movement for Integration, LSI, Monika Kryemadhi, had said that the protest by Kukes citizens is “a clear sign of the beginning of the end of a government that has lost credibility and support.”

The protesters were also supported by the opposition party Democratic Party, PD, who led the Albanian government during the construction of the “Nation’s Highway.”

The highway, which connects the two countries through the Vermice-Morine border crossing, started construction in 2006 and was finished in 2010 with the opening of the Kalimash tunnel. The total cost of the highway was around two billion euros.