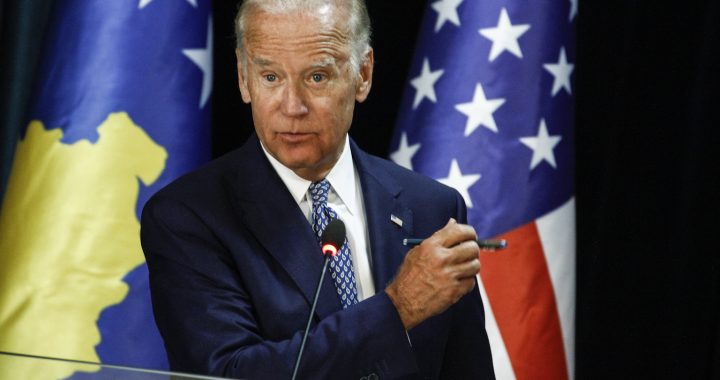 Biden: A highway in Kosovo and a path to be taken

While Biden almost sold his house to pay for his son's medical costs - Xhavit Haliti and other Kosovo politicians bank on public funds to cover healthcare abroad.

Joseph R. “Beau” Biden was the eldest son of Vice President Joe Biden, a prosecutor, serviceman, and politician. Beau spent some time in Kosovo where he aided the functionalization of the legal system. He passed away at age 46 after suffering from cancer.

After learning of his son’s cancer diagnosis, Joe Biden thought it reasonable to let president Obama know because it might affect his duty as VP. He told Obama that if Beau quit his job, he would not be able to cover the expenses of the treatment, and that he was even planning to sell his house. Obama asked Biden not to sell his house, because he was willing to lend him the money.

Joe Biden was elected senator in 1979 when he was only 29 years old, and his public office career has not stopped to this day, 44 years later. However, in his seventies, Biden found himself in a situation in which he considered selling his house to pay the bills for his son’s treatment. Neither Joe nor his son considered state funds as an option to cover the expenses for the therapy. And neither did Obama offer such thing. Instead, he offered his own savings to help his friend’s and colleague’s son.

In contrast – in early December 2016, Kosovo media leaked a secret decision by Kadri Veseli, the current speaker of the Kosovo Assembly, to grant Deputy Speaker Xhavit Haliti 18,000 euros of public money to cover the expenses for a surgery in a Swiss hospital. This occurred although Haliti has an annual income of 30,000 euros as an MP; and his declared assets equal to 110 thousand euros in cash and real estate worth over one million euros. Despite this, the assembly speaker made the unreasonable and illegal decision to grant 18,000 euros of taxpayer money for Haliti’s medical care.

A few days after this decision, the Kosovo government took another decision to grant MP Bardhyl Meta over 34,000 euros to cover his medical expenses. The same happened with the mayor of Ferizaj, Bajrush Xhemajli, the former Mayor of Peja, Ali Lajci,  the former Mayor of Istog, Fadil Ferati, and many other politicians.

In 2009, while driving over the speed limit in an official state car outside Prishtina, Bajrush Xhemajli caused a traffic accident. He was taken out of the country to seek urgent medical attention, while his victim, 21-year-old Labinot Rrustemi, was not offered any special treatment and died in Prishtina’s public hospital.

These decisions are always justified by statements that the money is being granted to someone in need and that these individuals have done a lot for the country. Beau Biden also fought for his country while serving in Iraq as a part of the US troops; served as a prosecutor for nine years; and his father served as a public servant for more than 40 years. Even though his family has dedicated their lives to public service, nobody thought of covering his medical expenses with tax money.

While the municipalities, the government and the assembly grant tax money for the medical treatment of politicians, the taxpayers spend years on lists waiting for treatment outside the country, and most of the time they never receive it. In 2015 there were 780 Kosovo citizens on the Ministry of Health’s list for treatment abroad.

In June 2016, the Kosovo government decided to name the Gjilan-Ferizaj highway after Joe Biden’s son. In his statement in front of his cabinet, PM Isa Mustafa said, “we named the highway [after Beau Biden] as a sign of gratitude for all those who contributed in the building of Kosovo’s institutions, especially the United States of America.”

Beau Biden would have been more appropriately honored if the local judicial system, which he also contributed to,  were functional and would go after cases in which government officials make illegal decision by granting tens of thousands of euros for the medical treatment of politicians abroad, while hundreds of citizens are on a waitlist at the Ministry of Health. Beau Biden would have been honored much more if Kosovo’s politicians followed the example of the Biden family, where public office is not seen as an opportunity for personal profit, but as an obligation to serve the electors.