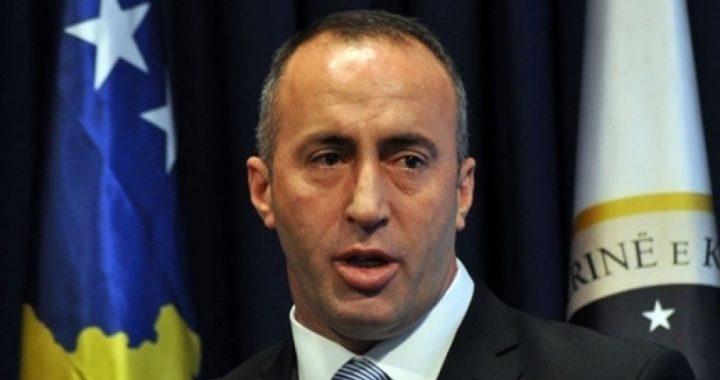 Serbia has filed a request for the extradition of former Kosovo PM Ramush Haradinaj, who was detained by French authorities last Wednesday on a Serbian warrant.

The Serbian news agency Tanjug reported that Serbian Ministry of Justice officials submitted a request for the extradition of Haradinaj to Serbia earlier today.

Haradinaj was arrested last Wednesday by French authorities in the Basel Euro-Airport based on an international warrant issued by Serbian authorities. The warrant alleges that Haradinaj committed war crimes while he was a guerilla commander with the Kosovo Liberation Army, KLA, during the Kosovo War.

Since last Wednesday, Kosovo political leaders and institutions have criticized France and opposed the former KLA commander’s arrest, claiming that Serbia’s warrant is politically motivated. On Tuesday, the Kosovo Assembly organized an extraordinary session to discuss the matter. The session was in process when MPs discovered that Serbian officials filed the request.

Tanjug also reported that together with the extradition request, “follow-up documents translated in French, based on which the French justice will decide whether the conditions for extradition of Haradinaj to Serbia have been fulfilled,” have been submitted to French authorities.

Haradinaj had previously been arrested in Slovenia in 2015, also on an international warrant issued by Serbia. The Serbian war crimes prosecution was investigating Haradinaj for three cases, though in 2012 the UN-backed court in the Hague acquitted him of war crimes.