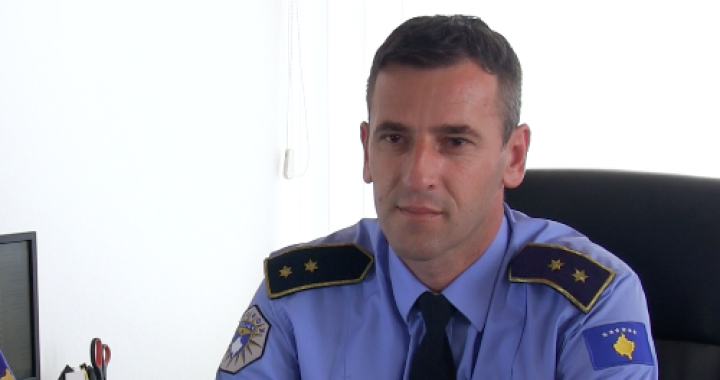 Nehat Thaci, the police director of the Mitrovica south region, was arrested on September 28  close to the Kosovo-Serbia border in Dheu i Bardhe / Konculj by Serbian police.

Thaci was initially sent to Nis, and later to Belgrade to be questioned by the Special Prosecutor. On Saturday, he was sent to back to Nis to appear in front of the High Court and sentenced with a 30-day detention measure.

According to a Kosovo official familiar with the case, the indictment includes charges for terrorism, war crimes and crimes against humanity. However, according to the official, the alleged crimes were committed after 25 June 1999, when the war ended according to Serbian law. Thaci was arrested based on a warrant issued by the Nis Court in 2010. Many former Kosovo Liberation Army fighters are wanted by Serbia on charges of terrorism, but the list is not public.

Iva Popovic, spokesperson for the High Court in Nis, told Radio Free Europe that the decision for detention was taken because of “the risk of fleeing from the sentence that could be given of more than 10 years, and because of the risk of public unrest.”

Vladimir Stanojevic, spokesperson of Public High Prosecution in Nis, said that Thaci’s case is being processed in the State Prosecution for Organized Crime.

Foreign Minister Enver Hoxhaj said in a government meeting that such arrests “are unacceptable, and so are Serbia’s increased requests to INTERPOL, as a result of which Kosovo citizens are often stopped at the border points of neighboring countries for no reason.”

Hoxhaj also called for reciprocity, saying that “if the Serbian government continues with the arrests of high officials or police officers in Kosovo, the Kosovo government will do the same in the future.”

Hoxhaj said that the Kosovo government asked the international authorities to pressure Belgrade to resolve the issue.

Authorities in Prishtina also asked for the “Thaci case” to be addressed in the EU-facilitated dialogue between Kosovo and Serbia in Brussels.

“Thaci’s arrest may be an example of Serbia provoking Kosovo to leave the dialogue so that the Serbian side gains points,” said Edita Tahiri, Minister for Dialogue. She echoed Hoxhaj’s statement that EU representatives have been contacted to help on this issue.

She added that Thaci’s arrest violates the freedom of movement agreement, and added that if Serbia continues like this, there will be reciprocity.

A substantial number of high Kosovo officials, including party officials, have been stopped in the past at various borders in Europe, based on international warrants issued by Serbia. In 2015, Kosovo’s former prime minister Ramush Haradinaj was detained in Slovenia because of a warrant issued by Serbia.