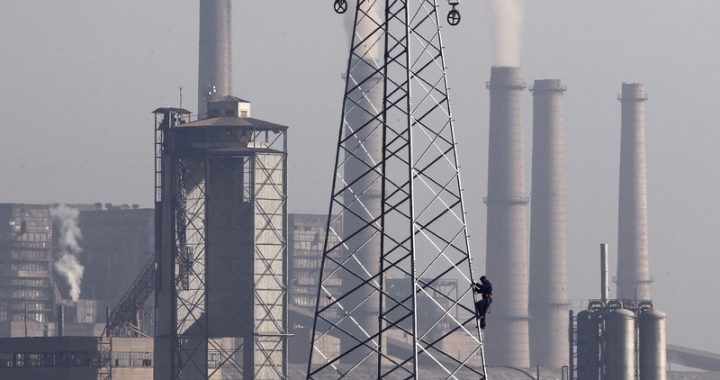 Belgrade and Prishtina this week agreed a ‘road map’ towards solving their two-decade-long dispute over electricity supplies in Kosovo’s Serb-majority north – but what difference will it actually make in practice?

Representatives of Belgrade and Prishtina announced on Tuesday that they have reached an agreement on how to solve the problem of electricity distribution in the Serb-majority north of Kosovo, one of the longstanding disputes the between two countries. However, neither made it clear how the ‘road map’ that they agreed will be implemented.

Serbs living in the north of Kosovo have not paid for their electricity for over 20 years, and since 2017, electricity bills for consumers from in four Serb-majority municipalities have been paid by the Kosovo government. According to some estimates, this costs around 12 million euros a year.

Petkovic said that “we have independence [from the Prishtina authorities] in the supply of electricity in the north of Kosovo and Metohija”, while Bislimi wrote in a message on Twitter: “This enables billing of electricity in 4 Northern Municipalities of Kosova, under Kosova laws and regulatory system.”

BIRN checked what was really agreed and how the ‘road map’ is supposed to be implemented. If implemented, it will lead to two major developments in the lives of Serbs in the north of Kosovo and in Kosovo-Serbia relations.

Firstly, Serbs will start paying for electricity, not to the Kosovo state, which Serbia does not recognise, but to Drustvo Elektrosever, a subsidiary in Kosovo of Serbian state-owned power company Elektroprivreda Srbije.

Secondly, the Kosovo authorities will have access to the Valac/Vallaq substation, an important part of the country’s power grid that is located in a Serb-majority municipality, and other energy infrastructure that Prishtina was not able to access previously.

One of the most important points in the agreement is that Kosovo’s Energy Regulatory Office, an independent body which regulates activities in energy sector, is obliged to give a license to Drustvo Elektrosever.

Drustvo Elektrosever will provide distribution services, such as billing, payment collection, maintenance and the physical connection of new customers in the four northern Serb-majority municipalities. Residents of these municipalities have not paid anything for electricity since the end of the war in Kosovo in 1999, when Serbia lost control over its former province.

The role of was Drustvo Elektrosever was actually agreed in 2013 and the company was established under Kosovo law, but it has not been a licence to operate yet.

The ‘road map’ did not establish any deadline for the issuing of the licence but the Energy Regulatory Office confirmed that on Friday it will review Drustvo Elektrosever’s application to supply energy in northern Kosovo.

Violeta Haxholli from Kosovo Democratic Institute, a Pristina-based think-tank monitoring Kosovo-Serbia dialogue, told BIRN hat the agreement on energy that was signed in Brussels on Tuesday “is in fact an old agreement”.

Haxholli also argued that it is “in contradiction with the free market which has fair competition as its essence.

“This agreement allows only one energy company, which has to be Serbian, to get a licence. Therefore Serbia is imposing its company on the north, and Kosovo is only serving as a notary for licensing,” she said.

However, Dragisa Mijacic, director of the Belgrade-based Institute for Territorial Economic Development, InTER, said that the situation is more complicated than it initially appears.

“What is not written in the agreement and can be seen between the lines, [is that] Elektrosever will not be an independent operator but will work as a subcontractor of KEDS, the Kosovo operator,” Mijacic told BIRN.

He said that the ‘road map’ is “a step forward” and a “step towards calming the, especially in the field of energy”

“The Kosovo government has allocated huge funds [in the past] to pay for electricity in northern Kosovo,” Mijacic said.

Setting up an Association of Serb Municipalities to represent Kosovo’s Serb minority was agreed long ago in talks between Belgrade and Pristina in Brussels, but it hasn’t been established yet, and Kosovo politicians have often voiced fears that it could turn into a sort of Serbian mini-state that then threatens Kosovo’s integrity and sovereignty, sometimes comparing it to the Serb-majority entity in Bosnia, Republika Srpska.

The second important point in the agreement is that according to the ‘road map’, within 30 days of the supply licence being issued, KEDS, the Kosovo Energy Distribution and Supply Company, and KOSTT, Kosovo’s electricity network system operator, will have access to the Valac/Vallaq electricity substation, as well as to other transmission and distribution infrastructure.

The head of the Serbian government’s office for Kosovo, Petar Petkovic, said on Wednesday that “our people can be calm and peaceful because Pristina no longer has any argument for invading Valac, forcibly occupying that important transformer station and commiting violence in the north of Kosovo and Metohija, or turning off the entire north and [leaving] Serb consumers without electricity”.

“All that is no longer possible,” Petkovic told Serbian public broadcaster RTS.

Mijacic explained that the key problem with the substation is that Serbia’s representatives “did not allow representatives of KOSTT to come and read the metering devices”.

“Now, according to this agreement, representatives of KOSTT and KEDS are being given the opportunity to go in to Valac, to look at those metering stations, to see what the situation is, and later, when it is possible or necessary, to be able to read those meters whenever they consider it appropriate, not only for Valac but also for all other substations – they get the opportunity to have free access,” Mijacic said.