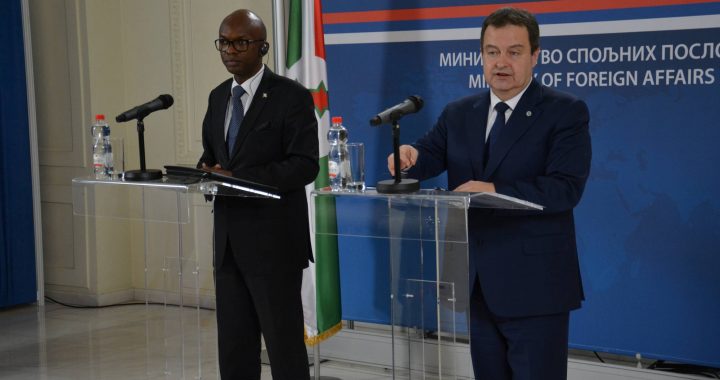 The African state of Burundi reversed its decision to recognize Kosovo’s independence, Serbian media reported on Tuesday. The decision was first reported, inauspiciously, on February 17, when Kosovo marked its 10th anniversary of independence. It was confirmed during yesterday’s visit of Burundi’s Foreign Minister Alain Aime Nyamitwe in Belgrade, B92 reported.

Kosovo’s Prime Minister Ramush Haradinaj acknowledged the news about the revocation after a government cabinet meeting on Wednesday, expressing uncertainty over the reasons.

“We are not protected from revocations of recognitions, this possibility exists. I don’t know how the revocation from Burundi came about, but we are interested that nobody damages Kosovo’s interests and its strategic plan,” Haradinaj said.

According to B92, Nyamitwe said that Burundi withdrew its recognition because of the country’s foreign policy principles.

On Tuesday, Deputy Prime Minister of Kosovo Enver Hoxhaj said on Twitter that Serbia’s lobbying efforts to get recognitions revoked are making the dialogue between the two countries impossible. He did not mention Burundi specifically.

“Kosovo will act proportionally because such actions are against normalizing relations,” Hoxhaj said.