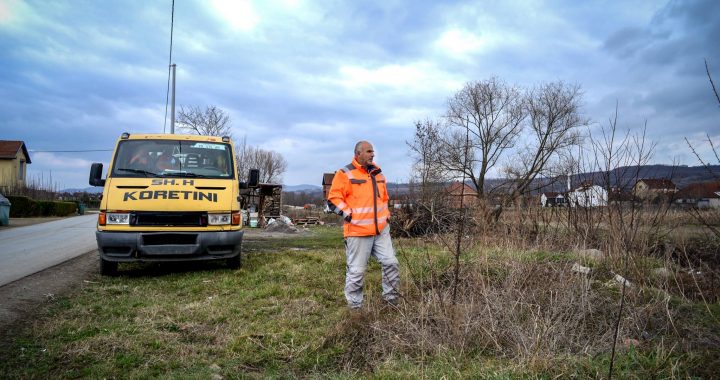 Community organizing can be more effective than institutions

Six lessons from different localities in Kosovo whose communal organizing and activism should serve as a model for spreading civic organization.

In 2006, the residents of Smire, a village in the municipality of Viti, accumulated funds from family savings to pave a local road with asphalt. Gathering the money among villagers was not that big of a problem considering that Smire has a long tradition of community activism. After ensuring the funds, the village council announced a public call for interested companies under the conditions set by the residents. In the end, the council chose the best offer and entrusted the paving to that company. Eleven years later, the locally financed road maintained by the residents is in a better condition than many village roads paved by the municipality.

But, the voluntary commitment of Smire residents is an exception and let alone the norm in Kosovo. According to a survey done by the GAP Institute at the beginning of the year, 85 per cent of citizens stated that they did not do any volunteer work in the past 12 months; about 97 per cent stated that they are not part of a civil initiative or association; and 81 per cent of the surveyed citizens have never participated in municipality-organized debates. This data is saddening and step backwards from the civil activism that characterized Kosovars during the civil resistance in the ‘90s. Professor Edward C. Banfield calls a democratic system where citizens do not engage at all in community work “amoral familism.”

Nevertheless, there are other localities like Smire in different parts of Kosovo that have succeeded in organizing quite successfully. Villagers from Stublla e Eperme, Doberqan, Koretin, Isniq, Lubinja e Eperme and Korishe assemble to clean public spaces, maintain graveyards, build houses for people in financial strain, and fund cultural and sports activities.

Residents of Stublla e Eperme, Viti, with the help of diaspora associations have started building an old people’s home where immigrants can stay when they visit their birthplace. Activists in Koretin, Kamenica, have started registering all village residents from every neighborhood, publishing detailed statistics on the number of family members, number of relatives that live in the diaspora, and data on the elderly in every neighborhood. Even the Kosovo Agency for Statistics would envy this data.

The village council of Hulaj, Decan, has a unique organization in comparison to other villages. The council created a Commission for Supervision, which is responsible for supervising infrastructural investments that the municipality makes in the village; the Commission for finances, which is responsible for gathering financial contributions for public works; and the Commission for women, which is responsible for furthering women’s rights and engaging women in public discussions. In another part of Kosovo, the residents of Korishe gather up to 30 thousand euros every year to invest in village infrastructure and pay the four regular employees who attend to the public spaces daily. The same happens in Doberqan. The volunteer association in the village chooses maintenance workers through an open call, privileging residents with difficult social conditions.

Most of the financial aid for activities is provided by the people of the Kosovo Albanian diaspora. Contradicting the general belief that the Kosovo diaspora has stopped caring about public works and has not financed anyone except their families since 1999, research by the GAP Institute proves that the diaspora is still active in some localities, just like in the ‘90s. Apart from the diaspora, businesses owned by village residents also offer great help.

These examples of civil self-organization should be a model for citizen organization in all villages and neighborhoods of Kosovo. The municipalities will never be able to offer maintenance of public spaces in every locality because of their financial limits, but also because of their ineptitude in governing. But by and large, municipalities and public institutions can facilitate and encourage civil self-organization.

The Law for Local Self-Governance stipulates that the municipalities should help establishing local councils and cooperate with them to address various issues that fall into the competence of municipal organization. However, in many cases, the municipalities do not help with establishing these councils and impede their operation by politicizing them. For instance, the Municipality of Klina has not formed local councils yet. In almost every municipality mayors interfere in elections for council heads in order to elect people from their own party. This has brought party conflicts and obstruction of full-fledged civil activism.

In addition to not exerting party pressure on the organization of councils, municipalities should find ways to engage citizens in the supervision of public projects. Smire’s and Hulaj’s cases testify that the supervision of public projects by residents increases their quality and sustainability. Many council heads complain that they are never informed about the investments that are made in their localities and are not involved in planning and supervision. Furthermore, municipalities and central institutions need to create a legal base for acknowledging and promoting voluntary work, including giving non-financial tokens of gratitude.

Women are completely excluded from the activities of local councils in villages and cities. Over 99 per cent of local councils are comprised and led by men, although there are exceptions. In Shtime, women lead the local councils in the villages of Belince and Zborc. Except for Hulaj, which has established a Commission for women, Begrace in  Kacanik also has a women’s association that advocates for the empowerment of women.

The functionalization of local councils and encouragement of other forms of civil activism is pivotal for the functioning of a democratic system of governance. These forms of organization help the municipalities themselves in completing their work successfully. Furthermore, such forms of organization positively affect the strengthening of ties with the diaspora, keeping them engaged in public issues in their birthplace. The examples listed are proof that community organization in Kosovo is possible, and even much more creative, effective and principled than the organizing sponsored by the municipalities or international donors.