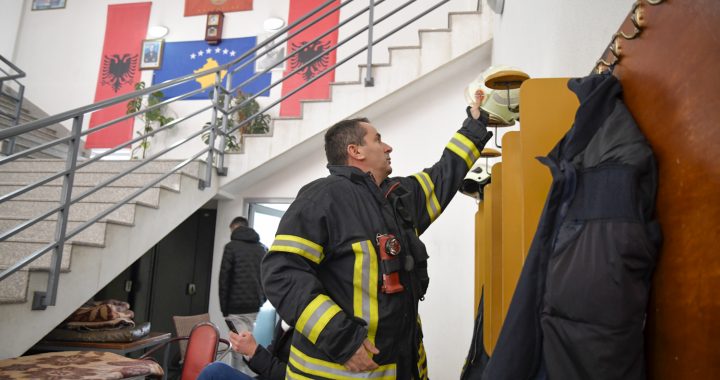 Kosovo’s public-sector unions voiced outrage on Tuesday over a Constitutional Court ruling that repealed the 2019 Law on Salaries, which would have increased their pay.

On Tuesday, a number of unions in Kosovo condemned the Constitutional Court after it annulled the Law on Salaries, acting on a complaint of the Ombudsperson. Under the ruling, public officials will not receive the expected salary increased in line with the law on salaries adopted in 2019.

The same law also regulated the admission of civil servants, public service employees and administrative, technical and supportive employees, based on the principles of equal opportunity, merit and integrity, non-discrimination and fair and proportionate gender and community representation.

The head of the Firefighters Union, Muharrem Beka, described the ruling as “shocking” on Facebook. Beka said firefighters had hoped for the discrimination against them to end, claiming firefighters had the lowest salary coefficient in the country.

“For the first time something positive was done for firefighters – the Law on Salaries,” Beka wrote, adding that “firefighters were once again discriminated against and harmed, but we will be persistent in fair and law-based demands.”

Similarly, the Health Trade Union Federation said at a press conference on Tuesday that the decision harmed health workers and was an “anti-state law.” Its leader, Blerim Syla, said the union had addressed the Prime Minister “because health workers are in the most difficult and difficult economic situation, not only during the pandemic but for years prior.”

“It has really suspended it (the law) twice,” Tasholli said, referring to the court’s mid- December 2019 ruling to temporarily suspend the law, and the continuation of such measures in March 2020.

“We thought the bill would work from this month … It’s uncomfortable for us,” Tasholli explained, saying the union would hold a meeting on Wednesday regarding the next steps.

The United Union of Education, Science and Culture, SBAShK, also called the decision “bad news,” The leader of the union, Rrahman Jasharaj, told BIRN that they did not rule out strikes in the next academic year.

Jasharaj said that on Wednesday SBAShK would “have meetings with other unions, in health, police and customs, to discuss further steps,” adding that he hoped the government would increase salaries for teachers at least.

The court ruled that the Law on Salaries was non-constitutional, saying it violated the independence of the judiciary as it did not allow any self-regulatory competence on issues related to the implementation of functional, organizational and budgetary independence.

The court also ruled that the law gave undue special competences to the government and the parliament for matters relating to the allowances and compensations of its own officials, including regular and political staff, as well as of its own deputies, creating an unwelcome dependency on the executive.