After years of silence, the Specialist Prosecution Office announced last week that an unconfirmed indictment has been filed against Kosovo President Hashim Thaci and PDK leader Kadri Veseli. Prishtina Insight spoke to three legal experts to ask: why now, and was this legal?

On Monday evening, Kosovo President Hashim Thaci released a statement in which he responded to the news that an indictment for crimes against humanity and war crimes was submitted against him in April by the Specialist Prosecution Office, SPO.

“If the indictment is confirmed, I will immediately resign as your president and face the accusations,” Thaci said. “I will not face charges from the Office of the President.” He denied any criminal responsibility for war crimes.

That an unconfirmed indictment had been filed against Thaci was announced in a press statement by the SPO on June 24, the same time the president was on his way to the White House for a meeting with his Serbian counterpart, Aleksandar Vucic.

With that solitary press release, the SPO broke what until now has been its trademark silence and began stirring the pot – shifting its communications strategy from zero to sixty in a single announcement. The potential political and legal consequences of the SPO’s actions could signal disaster for the Kosovo Specialist Chambers, KSC, if not in its operation, at least in its public perception.

Announcing the indictment of Thaci – the KSC’s most high profile suspect – at this stage was one of the boldest steps the Court could have taken, and could be considered a move intended to communicate to the Kosovo public that the Specialist Prosecution are still here, still relevant, and still able to do what they set out to do.

But for Artan Qerkini, a Prishtina-based lawyer licensed to practice at the KSC, the announcement of an indictment against Thaci is an unwelcome development. “In the eyes of people in Kosovo, the [announcement] of the unconfirmed indictment for Mr. Thaci and Mr. Veseli is not welcome at all,” he tells Prishtina Insight. “It has created the perception that it has only been [announced] to interfere in political procedures and in the dialogue between Kosovo and Serbia.”

Qerkini sees the Court as interfering in Kosovo’s domestic political issues. On top of directly obstructing the dialogue process, of which Thaci is a figurehead, his impending resignation would most likely trigger a “political crisis” as the country selects its new president.

According to international criminal law professor Alexander Heinze, the SPO have sent two clear messages through the statement. First, they are confident enough in the evidence found during their investigations to publicly name Thaci and Veseli as suspects, and second, there have been attempts to interfere in the court’s operation that the public is unaware of and could lead to the obstruction of justice.

“The description of the indictment is rather sparse, but it adds new information: that the suspects attempted, and are still attempting, to obstruct and undermine the work of the KSC,” he says. 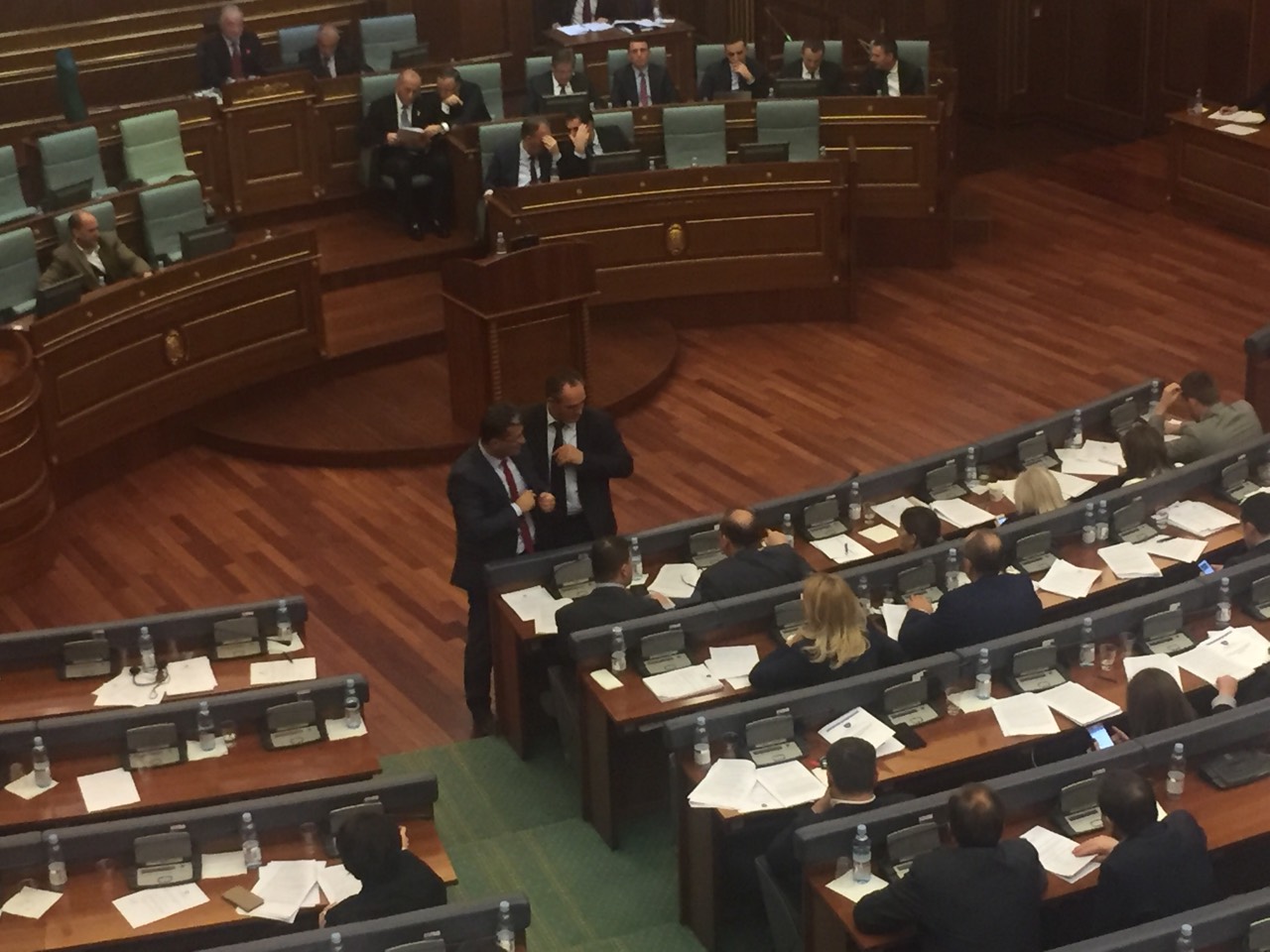 Kosovo Assembly discussing a repeal of the Law on the Specialist Chambers. | Photo: BIRN.

Thaci previously spearheaded a campaign to repeal the Law on the Specialist Chambers at the Kosovo Assembly, which established the KSC back in 2015. In 2017, the Kosovo President labelled the court “the biggest injustice and insult which could be done to Kosovo and its people.”

However, the SPO press release suggests that these endeavours did not end with the failed attempts to hold an Assembly session to dissolve the Court in December 2017. “Mr Thaci and Mr Veseli are believed to have carried out a secret campaign to overturn the law creating the Court and otherwise obstruct the work of the Court in an attempt to ensure that they do not face justice,” it states.

Qerkini believes that this statement from the SPO is contradictory. “The Court can’t be overturned secretly,” he says. “It requires a two thirds majority vote in the Kosovo Assembly with many bureaucratic procedures in the way.”

Heinze, an associate professor at Goettingen University, believes there could be strategic reasons behind announcing the indictment that could have significant legal and political consequences.

He explains that the statement itself is not detailed enough to be considered a publication or disclosure of the indictment. Had it been, the SPO would have been in violation of its own rules of procedure that prohibit making the indictment public before it is confirmed by a pretrial judge.

Heinze outlines two possible reasons for revealing that the indictment has been filed. The first is that the court may be using the announcement as a special investigative measure intended to secure more evidence, while the second is that it may be an example of ‘targeted publicity,’ a device used by prosecution offices to mould public perception.

“This is when organs of criminal justice turn to the media in an ongoing investigation to instrumentalise the proceedings to a certain end,” he explains. “Prosecutors are able to shape public opinion not only about fighting crime, but also about specific individuals who may be under investigation and prosecution.”

Such choices make sense for a prosecution office dominated by Americans, and fit quite neatly with US National Prosecution Standards, which allow a prosecutor to comment publicly on their belief that the accused committed the offences they have been charged with.

According to Heinze, if the announcement is legal then the motive behind it then becomes irrelevant. “There is a certain probability that this was a political move,” he says. “But prosecutors are entitled to that, especially when their own track record and the existence of their office is at stake.”

However, such statements can be dangerous: “A prosecutor’s public statements can destroy a person’s reputation, prejudice his or her right to a fair trial, and undermine the public’s respect for the way the criminal law is administered,” says Heinze. “For that reason most legal systems regulate advocacy speech by prosecutors through ethics codes and so does the KSC.”

The Court’s Code of Professional Conduct prohibits prosecutors from making statements to the public which would disclose confidential information about people involved in the proceedings, or publish material which would, or would seem to, prejudice these proceedings. The fact that the nature and purpose of the statement is unclear makes this even more difficult.

“Negative pre-trial publicity may compromise the presumption of innocence,” says Heinze. “This has to be weighed against the right to information, to which the general public is entitled.”

Heinze notes that there are an overwhelming number of factors pointing to the conclusion that this statement would not violate the right to a fair trial for Thaci and Veseli. He argues that years of speculation over Thaci’s involvement in war crimes and crimes against humanity, the seriousness of the crimes listed, Thaci and Veseli’s prominence in the political scene, the number of victims mentioned and even the fact that the indictment was announced as the president was on his way to a White House meeting with Vucic all play in favour of publicizing information related to the indictment. 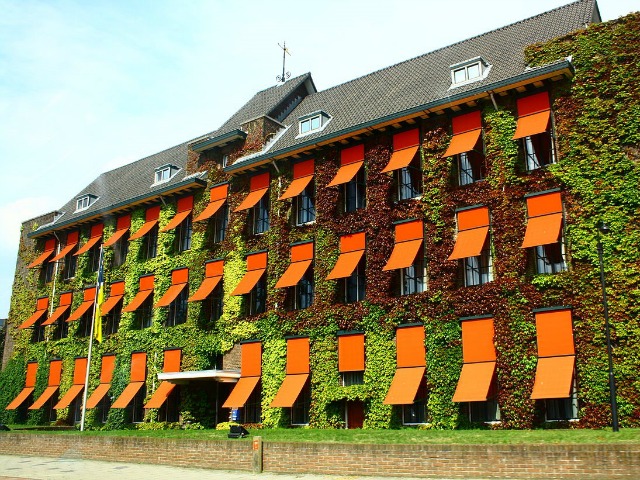 “Considering these factors, as well as the discretion the SPO has in such cases, no violation has been made,” Heinze states.

Whether publishing information on the indictment is a human rights violation or not, Qerkini contends that its announcement was made in bad faith. “The accused individual cannot be informed about an indictment through the media, especially when the indictment has not been officially confirmed by the court itself,” he says.

Correction: One interview was removed from this article on 11.8.2020.