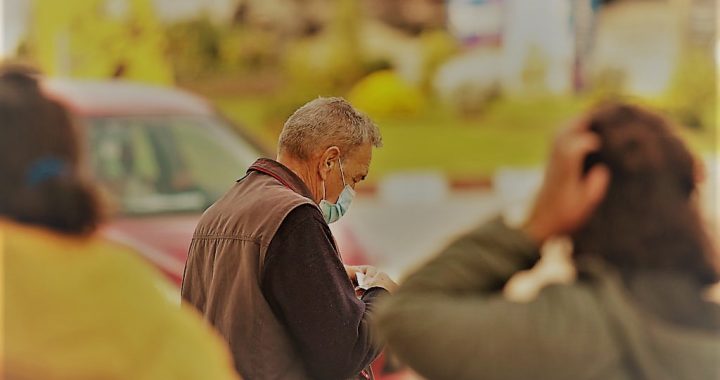 COVID-19 restrictions on the elderly are just cruel

Freedom of movement restrictions placed on over 65s by the Kosovo Government in a bid to tackle the coronavirus crisis will not be effective in a country where multiple generations often live together in the same household and can only inflict more stress.

At an electronic meeting on Sunday, the Kosovo Government adopted a number of new measures (alongside many recycled old measures) to protect the population from the spread of coronavirus.

These measures included a number of laughable aspects, including bars and restaurants, who previously had to turn the music off at 21:00, now being forced to close between 21:00 and 05:00. However, “take away services” are still permitted, meaning we can all get a rakia to go.

The government also once again insisted that negative PCR tests were required for citizens entering Kosovo from high risk countries “according to the official ECDC list.” Again, the question must be asked: WHAT LIST?

However, the most ridiculous, ill thought out, unreasoned, unevidenced and fundamentally cruel measure is number 18 of 29 on the government’s long register. It states that: “Persons over the age of 65 are allowed to leave the house between the hours of 6:00-10:00 and 16:00-19:00. They have the right to go outside out of this schedule only for health needs.”

It is not an entirely new policy. At the beginning of the pandemic, people over 65 were completely prohibited from leaving the house other than to address medical needs. However, back then restrictions were placed on the whole population, with everyone permitted to leave the house for just 90 minutes a day in order to run errands.

What differs this time is that there’s no limit on the freedom of movement of any other age group, also known as the children and grandchildren of the people over 65, who quite often live with them.

A 2018-2019 study by FES showed that 80 percent of young people live with their parents and often with their grandparents. Restrictions on movement for over 65s will not protect against the spread of coronavirus while younger people are going to offices, schools, bars and restaurants and then going home and kissing their elderly relatives goodnight.

It should also be noted that the two time slots in which over 65s are permitted to move freely are some of the busiest periods, exposing older people to greater risk if they leave the house to go shopping or run errands. This can create more stress and damage to the mental health of large sections of the population, in a state which provides little mental health provisions outside of a volunteer helpline.

Another issue is that, in terms of numbers, over 65s comprise the smallest percentage of the population at just 9 percent. Therefore, the policy may not make a big dent in infection rates while still curbing the freedoms and adding more stress to the lives of tens of thousands of people.

Looking at other states in the region, which are all seeing a sharp increase in coronavirus cases, Kosovo’s neighbours have not imposed similar measures on the elderly, despite often having a much older population.

In Serbia, where 18.74% of the population are over the age of 65, there were 1,800 cases confirmed on Tuesday, and the state has not placed any restrictive measures on the elderly, apart from limiting people’s visits to their elderly relatives to 15 minutes. Meanwhile, Montenegro has 14.2% of the population over the age of 65, had 495 cases confirmed on Tuesday alone, and have not imposed any restrictive measures on the elderly.

It appears that Kosovo has plucked this policy out of thin air, as it has not been based on analysis of how coronavirus is spreading in Kosovo, something which seems largely absent from the Ministry of Health’s efforts. It is also not based on what other countries are doing, or on the reality of the family home structure in Kosovo, with people over the age of 65 rarely living on their own.

Indiscriminately restricting the freedom of movement of all people over the age of 65 is simply cruel, will not protect against the spread of coronavirus, and can only lead to more damage inflicted on the mental health of our population.