23 years on, residents from Qirez and Likoshan recall how their relatives were murdered in attacks by Serbian forces that galvanised support for armed resistance to the Yugoslav regime.

At Sheremet Sejdiu’s home in the village of Qirez, there is a black marble plaque commemorating his four sons, who were killed 23 years ago, on February 28, 1998.

His sons Beqir, Bekim and 24-year-old twins Nazmi and Bedri Sejdiu were all killed during a series of attacks by Serbian forces on villages in the Drenica region, including in Qirez, that left 24 ethnic Albanians dead.

Back then, Bedri and Nazmi were students of chemistry and physics at the University of Prishtina. They were among thousands of students who attended parallel education courses in the 1990s after the Yugoslav authorities barred Albanian students from using state educational facilities. 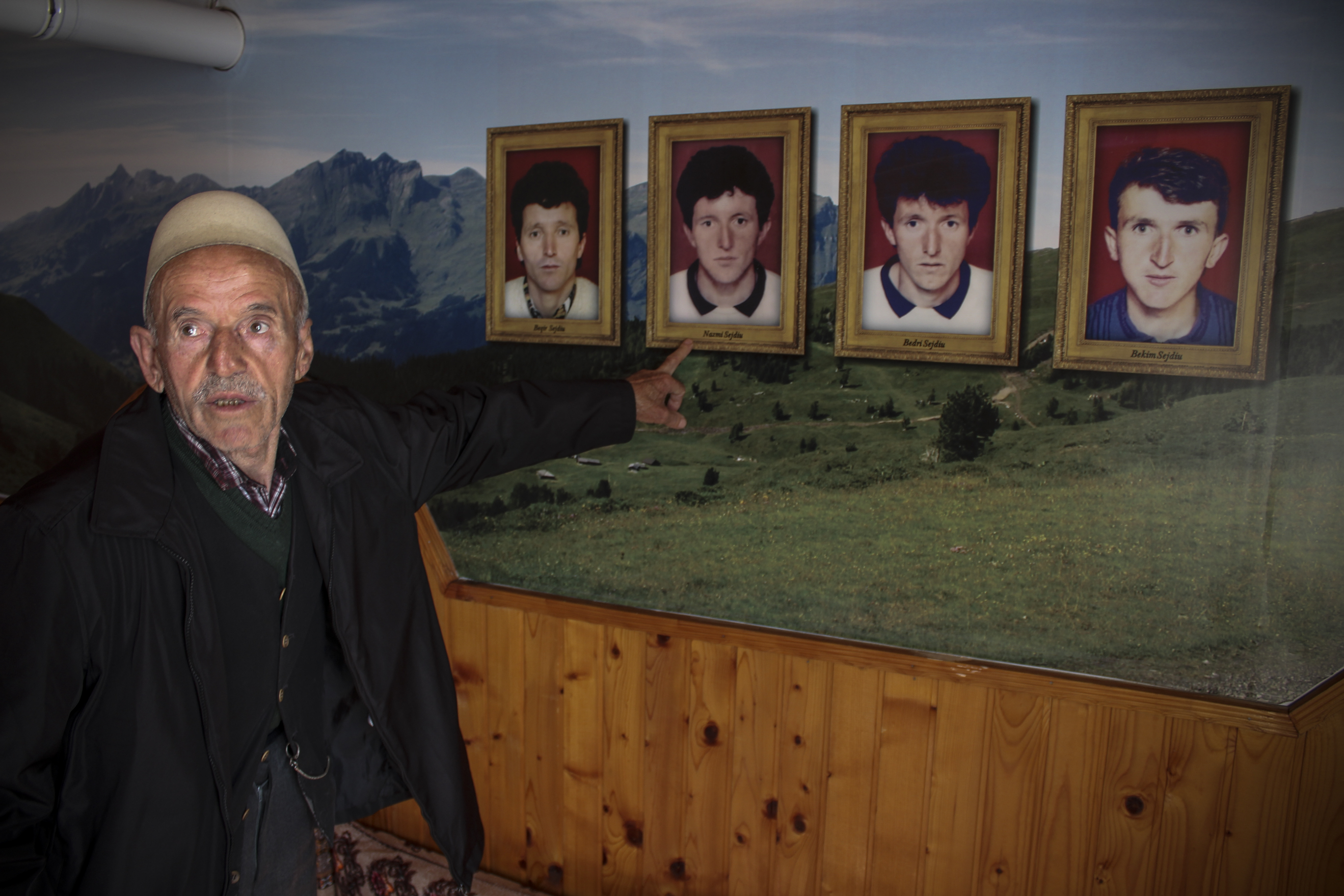 Sheremet Sejdiu’s four sons were killed in the Spring of 1998. Photo: Agan Kosumi.

“On Friday, Bedri graduated, and on Saturday he was killed,” 79-year-old Sheremet Sejdiu tells Prishtina Insight. “He didn’t even tell us he had graduated.”

Sejdiu was not in Qirez that day as he was visiting a relative, but when he tried to return, he found the village packed with Serbian forces. “I was told by dozens of local residents that a battle was unfolding in Likoshan and Qirez, and I heard voices telling me to stop going forward,” he recalls.

Sejdiu knew nothing of the fate of his family and only later, after the gunfire ceased after midday, did he enter the village. “On the way, I met a person from our village who was crying,” he says. “Two members of his family were killed and his father was also wounded – ‘Your sons were killed,’ he told me.”

When Sejdiu got home, his wife told him that she was inside the house when three uniformed policemen executed his four sons and two other men who happened to be in the back garden of the family house that day. 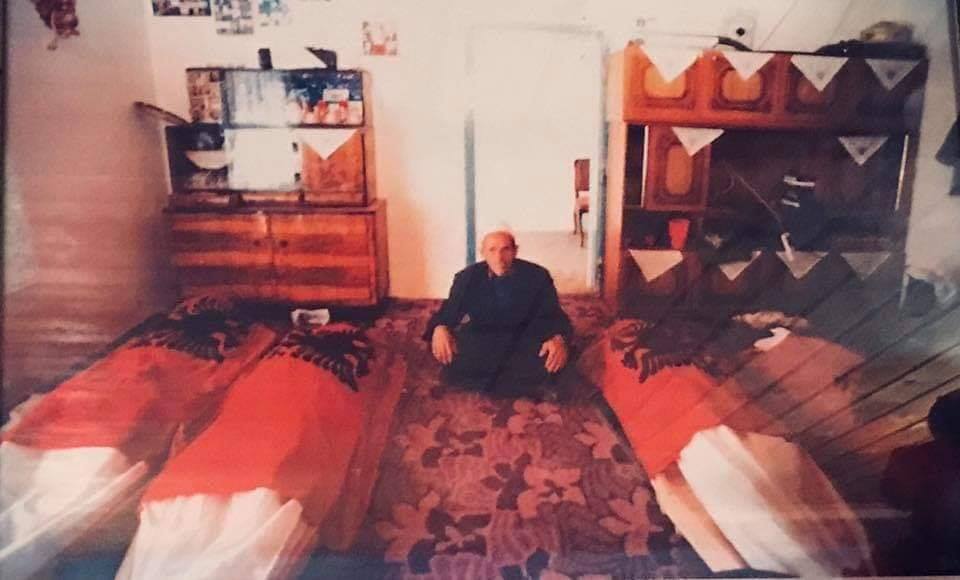 Sheremet Sejdiu alongside the coffins of his four sons. Image Courtesy: Facebook of Pokleku i ri.

“When I reached the yard and I saw my four sons lying there, I just had to lean on God,” he says.

As well as his wife, his daughter-in-law and her children had witnessed the killings in their yard. “I didn’t let my daughter-in-law or my wife remain near the bodies as I was afraid about the effects that scene could have on them,” said Sejdiu, who now lives with his daughter-in-law, nephew and niece after his wife passed away last year.

‘The attack was to terrify other families’

A report by the international campaign group Human Rights Watch said that Serbian special forces staged a series of armed operations on February 28, 1999 and in the week that followed in the Drenica area, claiming they were pursuing KLA ‘terrorists’ who had attacked police officers.

The bloodiest was the three-day assault on KLA founder Adem Jashari’s compound in the village of Prekaz, in which Jashari and dozens of his relatives were killed.

“Although the KLA engaged in combat during these attacks, Serbian special forces fired indiscriminately at women, children, and other noncombatants. Helicopters and military vehicles sprayed village rooftops with gunfire before police forces entered the village on foot, firing into private homes,” the Human Rights Watch report said.

Human Rights Watch described the violence in the Drenica area that week as “a watershed in the Kosovo crisis” that created more support for the KLA’s armed resistance. “If the government’s aim was to crush the nascent insurgency, it had the opposite effect: the brutal and indiscriminate attacks radicalised the ethnic Albanian population and swelled the ranks of the KLA,” it explained.

On the same day as Sheremet Sejdiu’s four sons were killed in Qirez, a battle between Serbian police special units and Kosovo Liberation Army guerrillas erupted in the neighbouring village of Likoshan. Serbian forces tortured and then executed 11 men in Likoshan, ten of whom were members of the Ahmeti family.

Lah Hasani, who witnessed the violence, tells Prishtina Insight that the special forces operation in the village continued for 28 hours, and that they used heavy artillery during the attack. Just after the fighting stopped, Hasani, his brother and another relative reached the village and saw all the men from the Ahmeti family forced out of their home.

“All the men were forced into the yard and were severely beaten before they were moved up to the memorial site [elsewhere in the village], where they were executed,” Hasani recalls.

“The next day some three to four men from the village went to the Prishtina morgue to get the bodies,” he says. “I took the bodies off the truck with my own hands.” 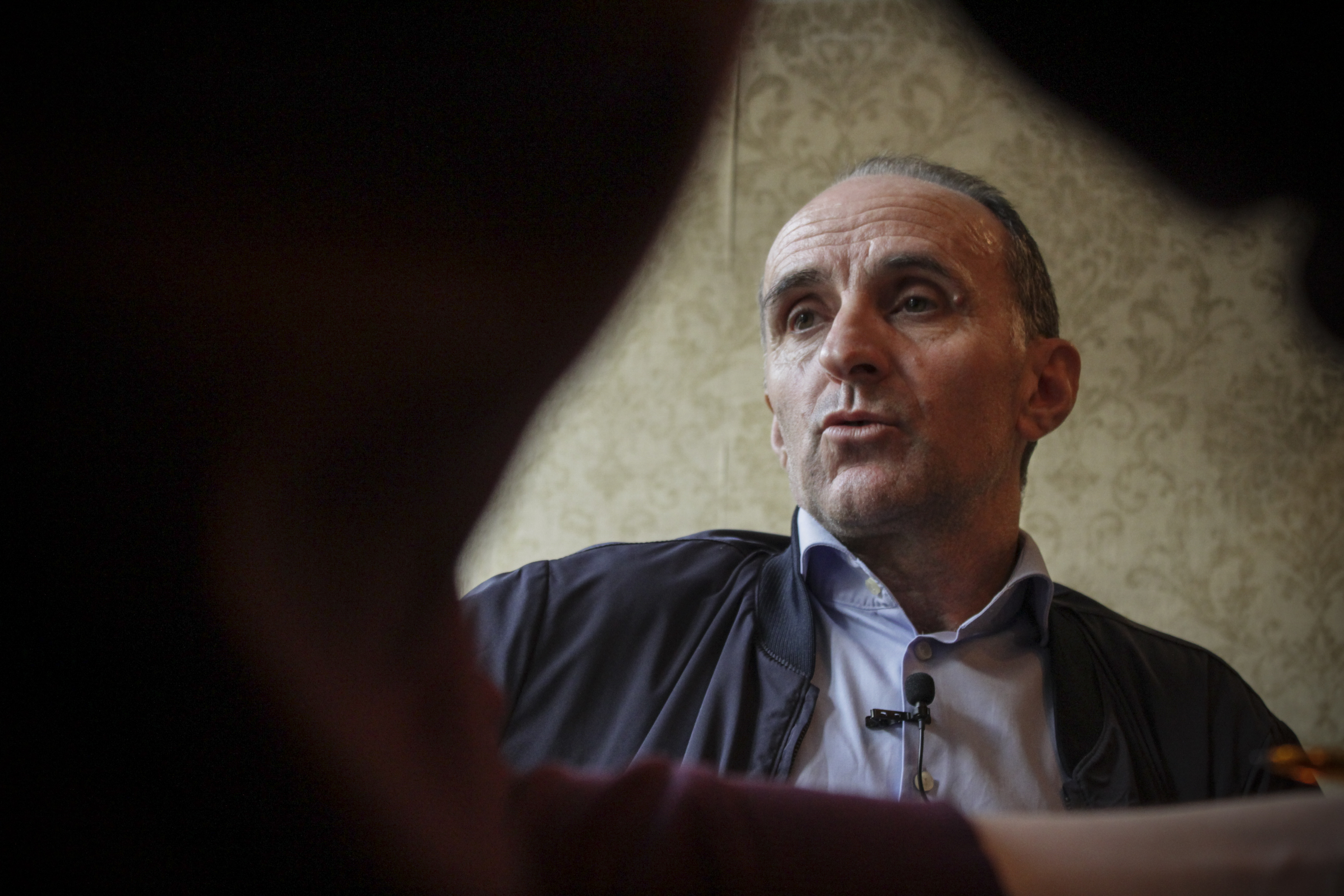 Xhevdet Ahmeti, whose father and three brothers were among those who were killed, was in Prishtina on the day of the attack and only found out what happened when he was returning home. “I saw a lot of Serbian forces that had surrounded the village and I noticed that they were centred around our family home,” he recalls. “I was convinced I would not find anyone alive.”

When he reached the village and met some relatives, he learned that his father and brothers were tortured and killed after Serbian forces found out that his family had sheltered Rexhep Rexhepi, a wounded KLA guerrilla, who died at their house from his injuries.

“The attack was to terrify other families so they did not attempt to resist or shelter KLA members,” he said.

But as armed resistance and support for the KLA increased, the special forces operations seemed to have the opposite effect from the one that the Yugoslav authorities intended. The Drenica region, where Qirez and Likoshan are located, became a KLA stronghold as the Kosovo conflict escalated. 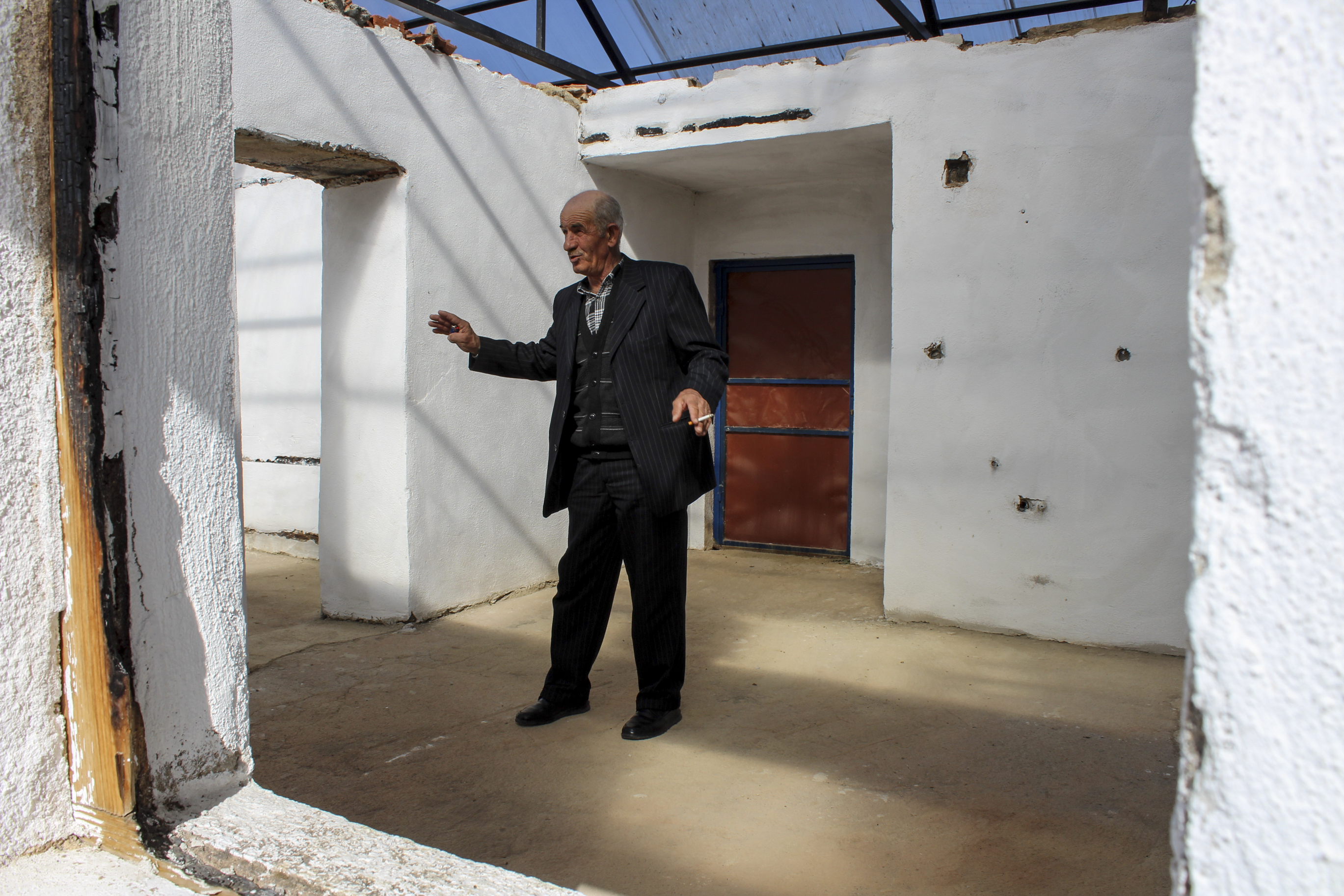 Lah Hasani in the Ahmeti family home, which has been converted into a museum. Photo: Agan Kosumi.

Lah Hasani now takes care of the Ahmeti family house, which has been converted into a museum. It is an emotional obligation that keeps the memories of what happened 23 years ago fresh.

“Every single time I open the door to this yard, I remember that day, and I come here every day,” he says. “Every time I put the key in the door, I think about it all.”

by Bujar Vitija
Next: News