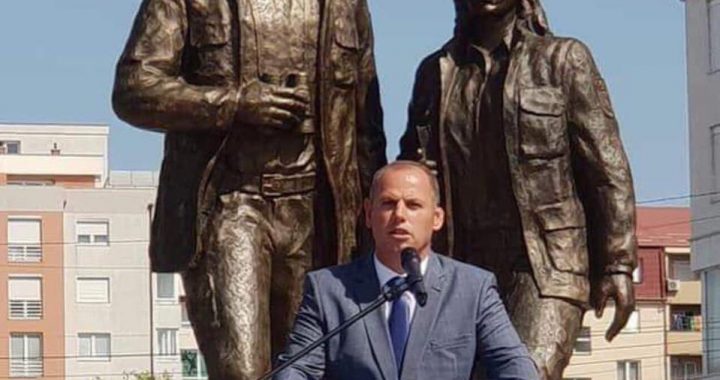 Ramiz Lladrovci, the Mayor of Drenas, becomes the second high profile former Kosovo Liberation Army member to be invited for an interview at the Kosovo Specialist Chambers in the Hague this week.

Former MP for the Democratic Party of Kosovo, PDK, and current mayor of Drenas, Ramiz Lladrovci, announced on Friday that he has received an invitation to be interviewed by the Specialist Prosecution Office, part of the Kosovo Specialist Chambers in the Hague, Netherlands.

The news follows Thursday’s announcement that former Assembly speaker and leader of PDK, Kadri Veseli, has also been called to the Kosovo Specialist Prosecutor’s Office in the Hague for questioning.

The so-called ‘Special Court,’ backed by the European Union but operating as part of Kosovo’s justice system, has a mandate to address allegations of war crimes and crimes against humanity in the territory of Kosovo between 1998 and 2000, and grew out of allegations made in an explosive report by Council of Europe rapporteur Dick Marty.

Lladrovci, who has been the mayor of Drenas since December 2016, said that the exact nature  nature of his invitation is unclear, but has assumed that it is in the capacity of a witness.

“I joined the wave of invitations from the Specialist Chambers as a witness,” he announced on Facebook on Friday. “I have no information or knowledge beyond what is written on the invitation. The date of my testimony will be December 19, 2019.”

According to Lladrovci, he was one of the co-founders of the Kosovo Liberation Army, KLA, and served until the end of the war, giving “massive contributions to the mobilization and development of the KLA in Kosovo.” The Drenas mayor is the brother of Fehmi Lladrovci, a well-known KLA commander who was killed during the war alongside his wife, Xheve.

Lladrovci expressed his continued support for the fight of the KLA during the war. “Never in my life have I had any dilemma concerning the just war for freedom, or the path that we took towards freedom and its total purity,” he stated on Facebook. “I am forever proud of the Kosovo Liberation Army.”

More than 120 people have been called for interviews at the Special Court since it became operational in June 2017. However, the Specialist Prosecutor’s Office has so far failed to issue any indictments.