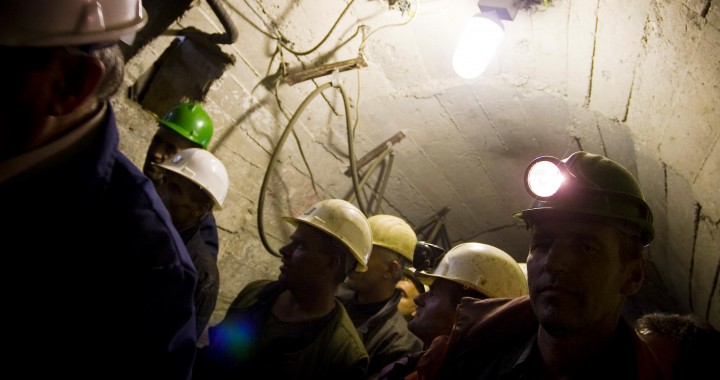 Employees at the Trepca mines began striking on Monday over unpaid salaries and poor working conditions.

Gani Osmani from the Labor Syndicate of Trepca told BIRN on Monday that 300 of the around 1,200 people employed at the mine are striking due to some employees still not receiving their full monthly salary for October.

“The main demand is to be paid for our work,” Osmani said. “We need the salaries to be paid, but other conditions [need to improve] as well. The quality of the food served to us [during working hours] is poor.”

Asked about how long the strike will continue, Osmani said: “I really don’t know. We are a bit tired of protests and strikes.” Osmani is unsure whether or not more employees will join the strike later in the day.

This is not the first time Trepca staff have gone on strike. A strike was held in January, during which employees working at the Trepca mine demanded improvements to their working conditions and better management of the mine, as well as the cessation of employment based on nepotism.

A 20 per cent increase in salaries was also demanded by the union in January, however this was not met by the Kosovo Government. The average wage of a Trepca employee is around 700 euros per month. The Syndicate declared the January strikes to be “suspended” but not halted in response.

A vote in the Kosovo Assembly in February 2019 approved a law on Trepca’s nationalization, declaring the Kosovo Government as the owner of 80 per cent of the metallurgic enterprise.

The Trepca mine, which is located in the northeast of Kosovo, around 10 kilometers from Mitrovica, has continued running since the breakup of Yugoslavia, but its ownership has been repeatedly contested.

The Trepca mining and metallurgical complex used to be one of the largest employers in former Yugoslavia, with a workforce of over 23,000. Currently, there are just over 1,200 people employed at the mine.