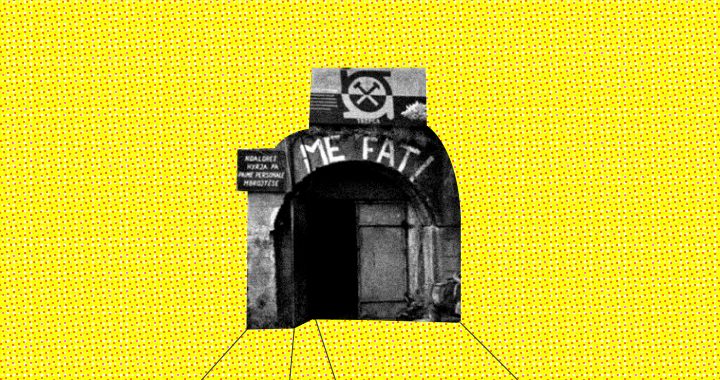 The Kosovo government appointed six new members to the board of the Trepca mining complex, bypassing British vetters and legal restrictions on political appointments.

The Kosovo government appointed six of the nine members of Trepca’s Supervisory Board, failing to select three mandatory Serb members.

According to a BIRN investigation, three out of the six candidates appointed on Wednesday have direct links to the parties currently in power. The decision is in violation of the law on public enterprises, which limits political appointments to public boards.

According to the law, board appointees cannot be party members and should not have been elected officials, or held any political office, or a leadership position within a political party in the past 36 months.

Moreover, the Kosovo government appointed board members of the public enterprise without external vetting. Disregarding a memorandum of understanding with the British embassy, which foresees the inclusion of independent British vetters in the recruitment process of public appointments, the Kosovo government appointed new members to the Trepca Supervisory Board without external vetting.

The memorandum of understanding between the Kosovo government and British Ambassador Ruairi O’Connell, first signed in 2016 and then later renewed in 2017 once Haradinaj was elected PM, was reached to ensure that high public offices would be free of political interference.

Yet, both the Assembly and the government have disregarded the memorandum on multiple occasions, most recently by bypassing vetting procedures when electing the new Central Bank Governor, and by electing a public enterprise board member without any vetting whatsoever.

Three of the six appointees have direct ties to the political parties in power, being either elected officials or candidates for political office, or party  members.

According to an opinion by the Kosovo Anti Corruption Agency issued on February 15, 2016, “an elected official” means an individual that holds public office, which he or she won through elections, while “a political appointee” means a person who has been appointed or proposed by a political party as a candidate for an office.

Esat Peci, a newly appointed member of the Trepca Supervisory Board, is in violation of these criteria. Last year, Peci was elected to a post as municipal council representative in South Mitrovica for the Alliance for the Future of Kosovo, AAK, Haradinaj’s party. Peci, the head of the AAK branch in Mitrovica, even ran a losing campaign for the mayoral seat in the October 2017 elections.

Meanwhile, Feriz Fetahu was a candidate for the South Mitrovica municipal council as part of NISMA, a governing coalition partner in Haradinaj’s government. He was second on the party’s list. Considering the criteria, Fetahu too is in violation of the law, since he was proposed as a candidate for a public office by a political party.

A third appointee, Ardian Syla, previously served as a board member for the Regional Water Company Prishtina, after he was appointed on its board on October 30, 2015.

According to the biography published on the company’s official website, Syla began his career at Prishtina’s Hotel Victory, which is owned by local businessman Bedri Selmani. Syla then worked for University Victory, also owned by Selmani, until late 2009.

A quick inspection of Syla’s Facebook profile shows that the new board member is friendly with Democratic Party of Kosovo, PDK, members. In May last year, he even posted a photo with the party’s head, Assembly Speaker Kadri Veseli.

Syla also appears in pictures taken at the PDK HQ during the electoral campaign in October 2017.

The fourth appointee, Naser Peci, is the dean of the Faculty of Geosciences at the University of Mitrovica. Previously, Peci was the head of the geology department and an associated professor. Between 1988 and 2003 he worked at the Independent Commission for Mining and Minerals.

The fifth appointee, Xhafer Nuli, is an engineer and one of the managers of Trepca in the 1970s and ‘80s.  The final appointment on the board is Shyqiri Sadiku, the head of the Trepca workers’ union.

BIRN reached out to the government for comment on why the British Embassy has been excluded from the selection process but did not receive a response for over two weeks.

The British Embassy meanwhile maintains that the appointment of Trepca board members was on the agreed list of appointments to be vetted by an independent British commission.

“The positions of the Trepca board members were in the agreed list. Initially we were included in the process, helping with the preparation of the call, but then, with the government’s request we were removed,” the embassy stated in a written response.

A total of 118 candidates answered the open call. The commission interviewed 76 candidates and compiled a short list that was not made public. The six members were selected from this short list.

A new call will be opened to select the three Serb members of the board, Minister of Economic Development Valdrin Luka said. According to Lluka, there were no “successful applicants” in the first call. The Trepca Supervisory Board members, whose mandate is four years, will then appoint the Managing Board members.

The director of Trepca, Ahmet Tmava resigned three weeks ago, claiming that he was pressured by Minister Lluka. The minister maintains that Tmava’s mandate expired in February.