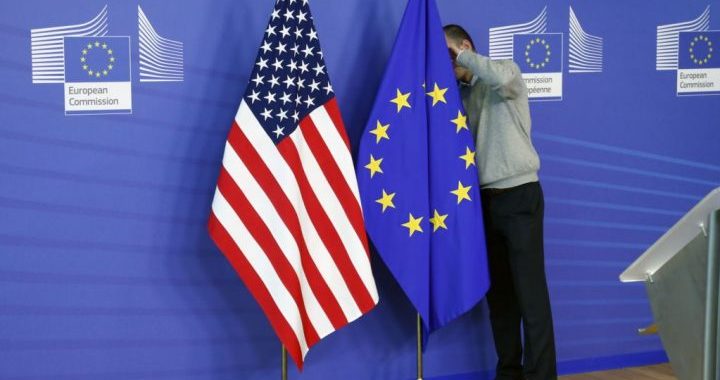 Divergent positions on either side of the Atlantic have created further uncertainties over the Kosovo-Serbia dialogue, with both sides keen to play the role of peacemaker.

While the Kosovo-Serbia dialogue remains suspended, halted in November 2018 after the previous Kosovo government imposed a 100 per cent tariff on Serbian goods, Western interest in the dialogue on both sides of the Atlantic has been rapidly increasing in recent months.

Grenell insisted he would leave politics to one side and seek to focus on the economy, while also encouraging Kosovo to drop the tariff and urging Serbian officials to end a campaign encouraging countries to ‘de-recognize’ Kosovo.

In Prishtina, Borrell insisted that the EU and the US were not rivals when it came to diplomacy or mediation between Kosovo and Serbia. However, an examination of the positions of the two superpowers present two different sets of interests.

President Trump’s “America First” approach focuses on delivering quick results. In early 2020, an election year in the US, Trump has shifted his focus toward foreign policy, actively engaging in international affairs and making an array of impulsive foreign policy decisions. The asssassination of top Iranian military commander, Qassem Soleimani, on January 3 escalated tensions between Washington and Tehran, and all but ended the Iran nuclear deal.

Trump’s wade into foreign policy has produced a string of uncertainties that are entering a phase of permanent crisis. He does not seem to have clear objectives, let alone a strategy, and his tenure in office marks a shift away from conventional US foreign policy approaches and into his own idiosyncratic style.

Now, with less than ten months before election day, Trump is in pursuit of a foreign policy success story to sell to the public back home. Mishandled affairs in Ukraine brought about an impeachment trial, while the assasination of Soleimani has further escalated tensions in the Middle East, and no progress has been made in North Korea nuclear talks. Trump’s unveiling of his “deal of the century” for Israeli-Palestine peace plan has been dismissed by Palestinian authorities and Arab League countries as being biased towards Israel.

In the midst of this conundrum, the Trump administration may turn its eyes to south eastern Europe, which might be Trump’s best shot at a successful foreign policy move, considering the scale of the Kosovo-Serbia dispute and Kosovo’s widespread positive attitude towards the US.

President Trump made a surprising move in December 2018, sending personal letters to the presidents of Kosovo and Serbia, urging them to reach a final peace deal and offering the possibility of a joint White House invitation.

On  January 20, Grenell and US National Security Advisor Robert O’Brien brokered a deal with Kosovo and Serbia to restore direct flights between Prishtina and Belgrade.

Following the agreement, President Trump was quick to call it another win, taking credit for achieving the symbolic “airline flight agreement” between the two countries – a further demonstration of his desperate need to achieve a meaningful foreign policy deal he can use as leverage for his presidential campaign.

The EU meanwhile is attempting to rectify a decade of limited returns in terms of foreign policy in the Western Balkans, and especially as a mediator between Kosovo and Serbia. The dialogue is currently on its longest pause since it began in 2011, with EU-facilitated summits in Poznan and Berlin failing to restart discussions.

The Kosovo-Serbia dialogue has always been cited as a key foreign policy goal for the Union, but Borrell’s predecessor as High Representative for Foreign Affairs, Federica Mogherini, made little progress in discussions and was tarred with allegations of secret meetings and being involved in a deeply unpopular ‘land swap’ solution with Kosovo and Serbian Presidents Hashim Thaci and Aleksandar Vucic.

This slow progress coupled with the rejection to start accession negotiations with North Macedonia and Albania in October 2019, as well as the continued enforcement of a visa regime for Kosovar citizens means the EU’s credibility in the Western Balkans is wavering. At a time when it has been weakened by the United Kingdom’s departure from the Union, the EU is also in desperate need of “a win” from the dialogue, but not in such a short timeframe.

The potential of competing interests in terms of mediation also leaves the possibility of a ruption between local politicians in Kosovo and Serbia.

The Democratic Party of Kosovo, PDK, boycotted a meeting with Borrell during his visit to Prishtina, criticizing the EU’s history as a mediator in the dialogue in their justification for doing so, while the party’s founder and Kosovo President, Hashim Thaci, described the EU’s handling of the visa issue as a “strategic mistake.”

Meanwhile, the two parties making up Kosovo’s coalition government, Vetevendosje and the Democratic League of Kosovo, LDK, both met with Borrell, while new Prime Minister Albin Kurti has spoken of his readiness to lead the dialogue. Vetevendosje’s new foreign minister, Glauk Konjufca, has also rejected the idea of hurrying into a deal with Serbia or dropping the import tariffs.

In Serbia, Vucic has warned the public that the potential appointment of a German as the EU’s special envoy will be a challenge for the country, potentially leaning him further towards the Americans for a potential solution.

“No matter who it is, Berlin will be practically calling the shots through Brussels which is not easy for us,” Vucic told TV Prva in response to discussion of the new envoy. “It will be very, very difficult.”

As we move deeper into 2020, the dialogue remains suspended, but questions over who will represent both states and who will take the credit for any ‘final deal’ signed between Kosovo and Serbia are only growing more complex.