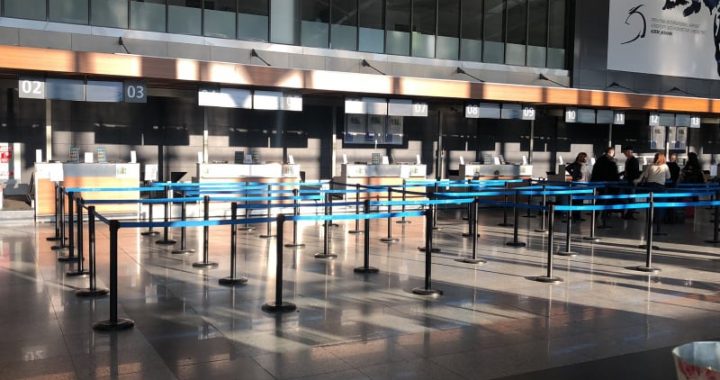 Flights to and from Prishtina resume Sunday

After weeks of cancelled flights, Prishtina’s ‘Adem Jashari’ airport announced that all its flights would resume from Sunday following a government decision easing restrictive measures.

Prishtina International Airport has announced that the full operation of its scheduled flights will be permitted from Sunday, June 28. The airport has also released a video detailing the health and safety measures that will be in place at the terminal.

Passengers will be required to arrive at the airport three hours before their flight and only those flying will be permitted to enter the terminal – in the case that passengers are elderly or have reduced mobility, one person may accompany them to the check-in counter. Masks and a distance of 1.5 metres between passengers is also mandatory.

Restrictions on the number of flights leaving Kosovo have been in force since March 16. Announcing its decision to lift the majority of measures restricting freedom of movement and economic activity on May 31, the previous government stated that the situation regarding air travel would be assessed within a week.

However, a change of government and a spike in confirmed cases of coronavirus have led to scheduled flights being cancelled daily since 15 June. Airport representatives apologised for the inconvenience caused in recent months, adding that the airport has always remained operational and ready to reopen.

The decision to ease restrictions on air travel was eventually taken by the Kosovo Government on June 23, when previous decisions suspending flights were repealed. The government also approved a decision stating travellers entering Kosovo were recommended to have a test for coronavirus with a negative result that was no more than four days old. However, Minister of Health Armend Zemaj has since stated that the test is not mandatory.

As of Thursday, there are 1,144 active cases of coronavirus in Kosovo, according to data from the National Institute of Public Health.