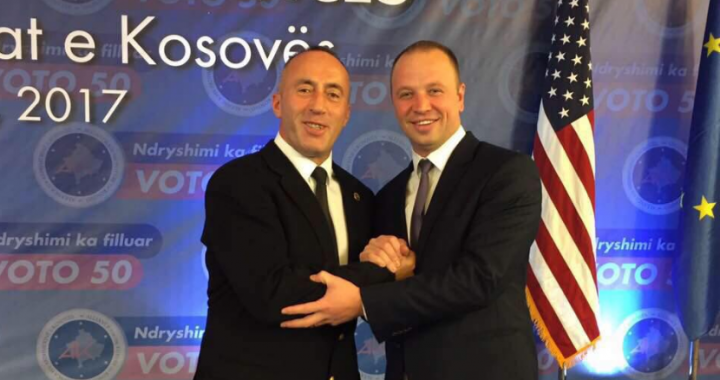 A rising star of Haradinaj’s party, the Alliance for the Future of Kosovo, Gent Begolli, was appointed as the new head of the Kosovo Post and Telecom.

With a unanimous vote, the Kosovo Telecom board appointed Gent Begolli, the former AAK director of public services at the  Municipality of Prishtina, as the public enterprise’s new CEO.

Besa Shatri Berisha, a member of the Telecom board, confirmed Begolli’s election as executive head of Kosovo Post and Telecom, PTK. She said that Begolli received unanimous support for the position.

“Yes, he was elected yesterday as executive head after a vote among board members,” she said on the phone.

Begolli will be in charge of the struggling public enterprise, which has been plagued by debts since 2015 due to lack of investment and unsuccessful privatization efforts. Currently, the Telecom owes about 60 million euros to its creditors.

Earlier this month, PM Haradinaj even suggested to slash the salaries of employees by 20 per cent in order to save the company.

Telecom board member Shatri Berisha was asked whether PM Haradinaj had any influence in Begolli’s selection, but she denied the suggestion.

“The selection process of the executive head is a competence of the board. Interviews were conducted in a regular manner and there was no political influence,” Shatri Berisha said.

Shatri Berisha added that there was not a lot of interest in the position because of the current struggles the company faces. According to her, the candidate with the most points was chosen amongst the five shortlisted candidates, only three of which were interviewed.

“Five were chosen, one did not show up, and another one refused to answer the questions,” Shatri Berisha said, adding that she does not know the names of other candidates.

When asked whether her vote for Begolli was influenced by her own proximity to the AAK, Shatri Berisha, whose husband, Beke Berisha, is an AAK MP, said “my vote was not impacted at all.”

The election of Begolli comes a few months after a BIRN investigation revealed that the newly appointed Telecom board members had political ties to the parties in power.

Kosovo watchdog NGO Cohu reacted immediately to the news, saying that Begolli’s appointment showed a clear tendency of political parties to “capture” key positions. According to a statement issued by the organization, such tendencies were witnessed among other parties in power as well.

“Cohu believes that such appointments will contribute to the continuing degradation of the Kosovo Telecom, a company which already is moving towards bankruptcy,” the statement reads.