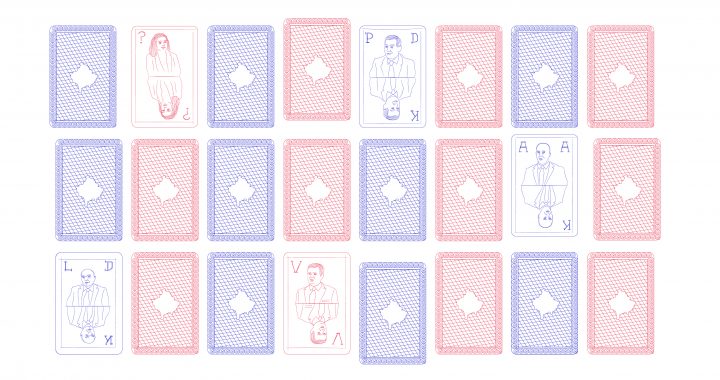 Hoti’s government is a sitting duck

The Washington agreements have led to further tensions within Kosovo’s coalition government, which may not even survive the winter.

Recent public disputes over the Kosovo-Serbia dialogue and the lack of a joint candidate for the next President of Kosovo have exposed serious rifts in Kosovo’s governing coalition.

Following the Washington agreements, AAK leader Ramush Haradinaj has insisted that protestations by members of the delegation from his party led to alterations to the point regarding Lake Ujmani, while LDK’s Prime Minister Avdullah Hoti and leader Isa Mustafa have directly contradicted these claims.

Haradinaj has also objected to a lack of representatives from his party present in Brussels, where negotiations between Kosovo and Serbia are continuing with EU facilitation, stating that “things cannot go further like this.”

Meanwhile, AAK has publicly pushed Haradinaj as a candidate for Kosovo’s next president. However, LDK has failed to back the AAK man, with the party’s deputy leader, Lutfi Haziri, stating that the decision over the next president is in LDK’s hands.

The fallout from these disagreements is that Kosovo government’s expiry date is pretty much determined. Unless LDK gives in to AAK’s request to support Haradinaj’s push to become president, the government is highly unlikely to stay in power past spring 2021, at best.

The key to the coalition government’s long-term longevity is in AAK’s hands, and should the disagreements between LDK and AAK persist, it is a matter of when rather if the government will collapse. AAK may even consider that it can gain more from bargaining within the coalition if it triggers new elections now rather than later, putting LDK and Prime Minister Hoti in a very precarious position.

Haradinaj’s party has often reinvented its sense of purpose and influence over the public discourse by co-opting salient issues as its primary causes. In 2015, it was the defence of Kulle, Zhleb and Cakorr as the demarcation line between Kosovo and Montenegro. Then, in 2018, the now (in)famous 100 per cent tariff on Serbian goods.

The party’s claims over protecting the Ujmani lake in Washington again allows AAK to readopt this strategy, painting itself as the party most committed to protecting Kosovo’s territory, resources and sovereignty – a new cause for the party to rally around.

AAK is aware of the critical leverage it holds over LDK and the coalition government, and of the new narrative it could use during an election campaign.

Meanwhile, Vetevendosje is facing a dilemma: to continue maintaining its “red lines” against cooperating with Kosovo’s other major parties that it has criticised since its inception, or engage with AAK and PDK to expedite the fall of the government.

At the moment, it is evident that Vetevendosje has not found the 40 signatures required to initiate its motion of no-confidence against the government at the Kosovo Assembly, let alone the parliamentary majority needed to topple it.

However, the potential breakdown in relations between LDK and AAK provides Vetevendosje with an opportunity to create momentum for gauging the necessary political support for holding early elections.

If it decides to cross the rubicon and make a deal with AAK and PDK, the party would be in a unique position to reshape the political scene in its favour. The question is whether Vetevendosje would be willing to accommodate AAK’s requests, which could include political cooperation after the elections or nomination of a joint candidate for President, in return for its support.

Another question is over the future of LDK’s former candidate for prime minister, Vjosa Osmani, after recent comments suggested that there are no available means of reconciliation between her and LDK following her dismissal from the party leadership in June.

Either forming a new party or cooperation with Vetevendosje have been mooted as possibilities for Osmani’s political future. A new initiative could have a key role in forming the next government, while if her principled stances maintained over the years leads her to picking up support from disaffected LDK voters, it could have devastating effects for Kosovo’s oldest political party at the next elections.

For PDK, 2020 could not have gone much worse. With the possible confirmation of the pending indictments from the Specialist Chambers in the Hague against its de facto and de jure leaders in Hashim Thaci and Kadri Veseli, the party’s manoeuvring space to delay early elections is somewhat limited.

PDK might find it appealing to join the government, replacing AAK, but it knows that such a move could only be temporary, as a government reshuffle of this nature would still not have sufficient votes to elect a new President, even if Hashim Thaci’s mandate extends until April 2021.

This would provide other parties the opportunity to deliberately boycott the parliamentary sessions called to elect the president, as failure by the Assembly to elect a president automatically dissolves parliament and triggers new elections.

Being part of a very unpopular government for only a couple of months would probably be a non-starter for the PDK leadership, as it could only lead to further loss of support among the electorate.

The only scenario under which the PDK could avoid early elections is if it manages to convince LDK to jointly support Haradinaj’s candidacy for presidency. However, this seems an unlikely course of action, as PDK might incur a substantial political cost in terms of both internal backlash within the party and electoral support.

The most probable course of action for PDK, in light of disintegration of the governing coalition between LDK and AAK, is to support the dissolution of the Assembly, instead of engaging in futile machinations and political engineering that seem doomed to fail.

The LDK-led government has completed its primary objective by signing Kosovo’s half of the Washington agreements. However, the cost the party might incur as a result of objections from both the opposition and its coalition partners could lead to its demise as a party of governance.

The political situation is further complicated by the pending resignation of President Thaci should the Specialist Prosecution’s indictments against him be confirmed.

With the principal broker of the government soon out of the picture, it will be tough for LDK to convince their governing coalition to resume their partnership if it does not submit to AAK’s request to support its Presidential candidate.

LDK’s leverage over AAK is minimal, and it does not have many other options if AAK decides to boycott assembly proceedings for electing the new President. This delicate situation not only undermines LDK’s ability and appeal to attract new political partners but would also deal the final blow to the current government.

With the AAK holding the determining role, it is up to Vetevendosje to provide the ultimate incentive to convince the party to leave the government, and join its efforts to trigger new elections.