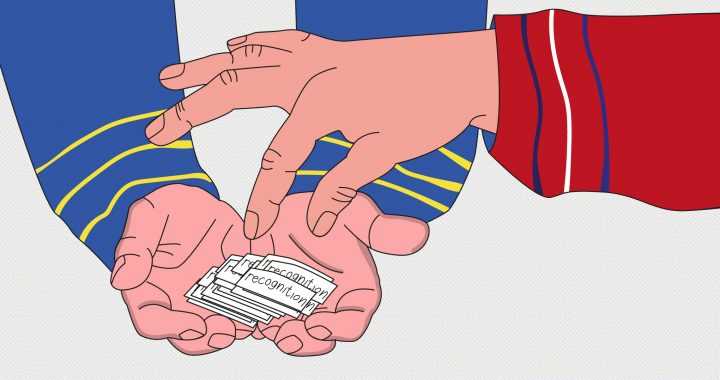 How can Kosovo respond to Serbia’s derecognition campaign?

Kosovo must find a way to fight back against Serbia’s derecognition campaign, challenging its falsehoods and being open about its consequences.

On Tuesday, March 3, Serbian Minister of Foreign Affairs Ivica Dacic claimed that Sierra Leone had withdrawn its recognition of Kosovo as an independent state, adding that this ‘derecognition’ meant that less than half of UN-member states now recognise Kosovo.

Serbia has been undergoing this derecognition campaign since 2017, and claims that 18 countries have so far withdrawn, suspended or frozen recognition of Kosovo’s statehood, though this number is disputed.

The campaign intensified after Serbia understood Kosovo’s reluctance to form the Association of Serb Municipalities (following Kosovo’s Constitutional Court deeming aspects of it unconstitutional) and prior to the alleged discussions on territorial exchanges in 2018.

Serbia is utilising the derecognition of Kosovo to achieve two goals. First, it is seeking to block Kosovo’s international access, reducing the number of states that would interact with, or vote for, Kosovo in multilateral bodies.

Most international and regional organisations require a two-thirds or qualified majority to pass motions, and the more states that withdraw recognition of Kosovo, the lower the chance of Kosovo joining such organisations.

Second, Serbia is seeking to enhance its bargaining power in the EU-led talks with Kosovo, either by gaining a better deal for Kosovo Serbs or creating a situation where Kosovo would eventually agree to some sort of ethnic-based territorial adjustment.

Serbia uses a sophisticated diplomatic narrative as part of this campaign. Countries who have allegedly withdrawn recognition of Kosovo, have never justified their decision by citing a lack of statehood capacity. On the contrary, they have endorsed the rationales and arguments offered by Serbia and their international allies, justifying withdrawal of recognition on two sets of arguments.

First the legality of Kosovo’ independence is questioned, and second the idea of ‘premature’ recognition and the unresolved status of Kosovo is invoked. In this narrative, the EU-facilitated dialogue for normalisation of relations is assumed to determine Kosovo’s future status.

First, the International Court of Justice’s 2010 Advisory Opinion concluded that Kosovo’s declaration of independence did not breach international law, meaning the recognition of Kosovo by over 100 UN member states was in fact in line with international law. Since then Kosovo hasn’t either lost any of the core attributes of statehood to justify withdrawal of recognition.

Second, the EU’s facilitated dialogue is not about Kosovo’s political status – it is about improving the everyday lives of people in Kosovo.

In short, derecognition exists as a diplomatic tool. Serbia’s aggressive diplomatic campaign for the derecognition of Kosovo not only undermined the EU-led talks for the normalisation of relations between these two countries, but also resulted in the escalation of ethnic tensions in the region and resurfaced geopolitical rivalries between global powers in the Balkans.

When Kosovo imposed the tariffs on goods entering Kosovo from Serbia, it was primarily in response to the derecognition campaign, as well as Serbia’s campaign to prevent Kosovo from joining INTERPOL.

But since then the Kosovo government has not been effective in justifying the tariffs. Denying that derecognitions have taken place and not making it explicit that the tariffs were introduced as a last resort to defend the country’s vital interests has alienated Kosovo’s partners, and offered new grounds to Serbia to be seen as the ‘constructive’ party.

Kosovo missed a nearly two-year long window of opportunity to draw attention to the derecognition campaign, and expose Serbia’s agenda not only in undermining Kosovo’s statehood but also in derailing the EU-facilitated dialogue in hope for a better deal.

In an attempt to overcome this impasse, Prime Minister Kurti proposed a phased and conditional removal of the tariffs and replacement with reciprocal measures.

This was a wise move, but it happened at a delicate time. Currently the US is forcefully pushing Kosovo for an unconditional removal of tariffs in an attempt to relaunch the dialogue with Serbia. Surely this pressure is to impose a settlement, which may achieve mutual recognition but at who knows what cost for Kosovo.

The silence of Kosovo’s allies over the derecognition campaign raises questions about whether they seek to inflict pain on Kosovo, leaving them open to making concessions in discussions with Serbia.

International support for Kosovo statehood has always been conditional on domestic concessions – be that in institution-building, minority protection, economic investments, or other strategic decisions.

Kosovo’s vassal relationship with US and other European powers nurtured over the years has been beneficial to a certain degree, offering Kosovo’s much needed security, stability and protection, but it has come at the cost of undermining self-determination on domestic and foreign affairs, and a deepening dependency on external forces.

Finally, Kurti’s move has exposed further fragmentation within the coalition and among the opposition parties, which may have far reaching consequences for the stability of both the current government and the country in general.

Kosovo now has limited options, but nonetheless, it has some room for manoeuvring.

The Kosovo Government can lift the tariffs completely in exchange for a national consensus on the principles, process, and representation in the dialogue with Serbia. It should also seek assurance from the EU and US that the first round of dialogue focuses on implementation of the existing technical agreements, as measures to regain confidence between the two parties.

Serbia is unlikely to stop its campaign for derecognition, but if the Kosovo Government lifts the tariffs completely for a limited period, it may put Serbia under pressure to suspend its diplomatic aggression against Kosovo.

In the meantime, the Kosovo Government should urgently develop a new niche foreign policy strategy, which should prioritise the development of new strategic counter-narrative to debunk Serbia’s narrative.

It should allocate more resources, expertise and send special envoys abroad to nurture existing diplomatic relations and where possible expand them. It should consider creating an agency for international cooperation and development, which would offer technical and non-financial support to different strategic regions for Kosovo.

While these measures may enhance Kosovo’s international bargaining power, they cannot be a recipe for success until there is wider national consensus and coordination among key parties in Kosovo on country’s vital interests, including foreign policy matters.

Such unity is unlikely to happen unless important concessions are taken by all parties on the domestic and foreign policy front, which may be difficult but not impossible.

Dr Gëzim Visoka is Associate Professor of Peace and Conflict Studies at Dublin City University, Ireland. He is lead editor of Routledge Handbook of State Recognition and author of forthcoming book ‘The Derecognition of States’ under contract with the University of Michigan Press.