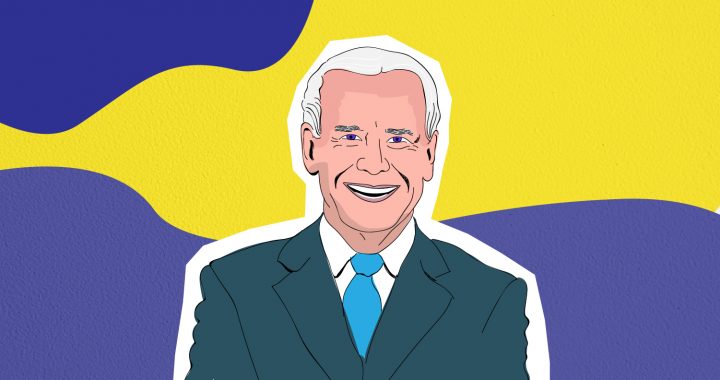 In defence of Joe Biden: A good friend in hard times

A response to Aidan Hehir’s piece on Joe Biden’s upcoming presidency and its impact on Kosovo.

Yesterday, I read Aidan Hehir’s piece, “Biden presidency no magic fix for Kosovo” which offers a glass-half-empty outlook on what President-elect Joe Biden’s victory means for Kosovo. However, I would prefer to see the glass as half full, and argue that Mr. Biden is just the US President Kosovo needs.

I second many of Hehir’s points on the Trump administration’s foreign policy alienating the US’s traditional allies and emboldening its historical adversaries. Save for issues where Trump could achieve tactical peace and trade deals that could be advertised at home, the President mostly chose to withdraw US involvement from numerous multilateral initiatives.

Biden emphasized in March 2020 that he would restore America’s alliances and return the US to a leading role in “writing the rules, forging the agreements, and animating the institutions that guide relations among nations and advance collective security and prosperity.”

I am particularly optimistic about President-elect Biden’s vision for the US role in the Balkans, and especially for Kosovo. President Biden’s historical record on Kosovo is largely accepted; he is one of the most supportive Senators of Kosovo’s freedom, independence, and territorial integrity. Hehir outlines much of this support, referencing a statement issued by the Biden-Harris campaign.

And here is where my differences of opinion begin. Hehir warns that political candidates often don’t keep campaign promises. This is of course true. However, at this election Albanian-Americans mobilized in support of Biden, and others for Trump, like never before.

The Albanian community in the United States has always been active in political fundraising, in part so that elected leaders support their countries of origin: Kosovo, Albania, and other countries with significant ethnic Albanian populations.

At this election however, both campaigns had active groups, and “Albanian-Americans for Biden” played a role in the campaign drafting a vision statement. The significance of this group and the publication of this statement are indications the President-elect will take what he wrote more seriously.

I agree with Hehir’s assessment that Kosovo is a country in hard times, and less support for Kosovo’s independence is indeed a reflection of constellations of power not aligning in its favor.

Yet I would add this is also due to a country that’s political leaders have largely not delivered on promises of economic growth and job creation, avoided a true fight against corruption, and sometimes taken the backing of their Western allies for granted.

Biden has recently been criticized for his lack of support for Kosovo during his eight years as Vice President. Hehir states: “Kosovo endured some of the most costly blows to its sovereignty: the Serbian association agreement, the border deal with Montenegro, and the establishment of the Kosovo Specialist Chambers all occurred during this period.” He adds that this swung the pendulum of the Kosovo-Serbia relationship in favor of Belgrade.

While it is true that all of these agreements were signed during Biden’s tenure as Vice President, other actors are far more responsible than he, or the Obama administration in general. It was ultimately Kosovo’s leaders that signed the demarcation deal, the guiding principles for the Association of Serb-Majority Municipalities, and the law establishing the Specialist Chambers.

True, the then vice President Biden and the US pushed for the demarcation agreement to be approved in Kosovo’s parliament. Yet, it is in Kosovo’s interest to agree on its borders with all neighbours — and this is what the US was supporting. Kosovo not having defined borders in its favour is again more to do with its leaders coming up short, rather than the US.

Meanwhile, the guiding principles for the Association of Serb-Majority municipalities and the establishment of the Specialist Chambers is more a result of European pressure than American. The Specialist Chambers were founded on the basis of a Council of Europe report, while the EU-led dialogue process has typically acted in Serbia’s favour.

It is worth noting that it was during the Obama administration that Biden twice visited Kosovo and hosted Kosovo’s President in Washington. The administration steadfastly helped achieve 60+ recognitions of Kosovo’s independence and the US supported Kosovo’s legal team to achieve the critical ICJ verdict that its declaration of independence did not violate international law.

President-elect Biden alone will not be a solution to Kosovo’s problems. However, Biden knows Kosovo, Bosnia, and the region intimately, and he can fix its problems. He’s needed now more than ever: to encourage economic development and a commitment to good governance, to help achieve Kosovo’s membership in NATO and the UN, and to further encourage Serbia to recognize Kosovo.

Kosovo’s leaders must see a Biden Presidency as a call-to-action. They should come forward with concrete ideas and proposals, and work closely with the Albanian-American community, whose influence in the US is growing. Together, these leaders must purposefully and continuously articulate and advocate for Kosovo’s strategic interests, as the US will not articulate those interests for Kosovo.

Yet, the US led by President Biden – a good friend to Kosovo in hard times – can realize Kosovo’s interests and help integrate the country like no President has done before him.