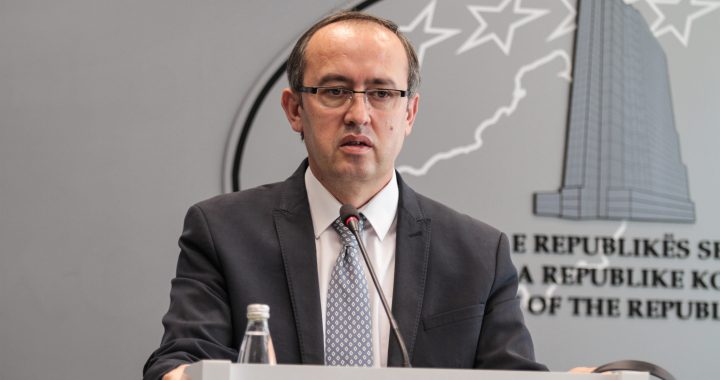 New measures to prevent the spread of coronavirus are set to enter into force on Friday, with the most affected municipalities facing quarantine and a 19:00 curfew.

At a press conference on Wednesday, Prime Minister Avdullah Hoti announced new measures the Kosovo Government intend to adopt in order to prevent the spread of coronavirus.

As part of the new measures, Kosovo’s municipalities will be divided into three categories, green, orange and red, with different restrictions applying to different municipalities depending on the public health situation.

However, for the red zone, which Hoti said currently includes Prishtina, Peja, Gjilan, Gjakova, Podujevo, and Ferizaj, a curfew will apply from 19:00, when all economic operators must also cease activity. Hoti added that businesses that do not respect the new measures risk being forcibly closed for three months.

The Prime Minister announced that the government would vote on the measures through an electronic meeting on Wednesday, with the measures coming into effect at 19:00 on Friday, when businesses must close. Entry and exit from these municipalities will also be prohibited from 19:00 Friday.

Hoti stated that with the current municipalities currently classified as ‘red’, half of Kosovo’s economy will be affected by the restrictions. However, he added that these measures were “the best solution to balance the needs of the economy but always putting public health first.”

The plans have been criticised by Prishtina Mayor Shpend Ahmeti, who stated on social media that there should be no closure with unstable statistics, and no closing the economy without support.

Earlier on Wednesday, a vote on the second reading of the Draft Law for the Economic Recovery Package failed due to a lack of quorum at the Assembly. At a press conference following the postponement of the Assembly session, Head of LDK’s parliamentary group Arben Gashi claimed that the session failed due to both members of the coalition government and the opposition.

Kosovo has experienced a dramatic spike in coronavirus cases recently with 4,389 new cases confirmed in the last seven days. On Tuesday, the National Public Health Institute announced 596 new positive cases across the country, with 295 in Prishtina alone.

At Wednesday’s press conference, Hoti stated that 626 patients were currently hospitalised across Kosovo, adding that the current capacities were limited to 832 beds. He added that work was being done to expand capacities.

The Kosovo Chamber of Physicians told BIRN on Wednesday that 710 doctors had been confirmed as being infected with coronavirus, with around 50 active cases.