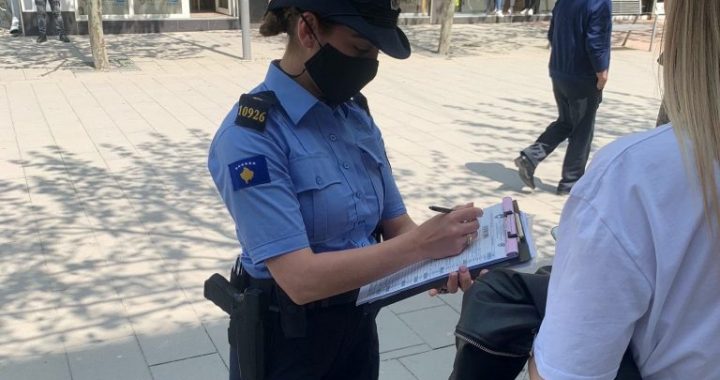 The Kosovo Government has relaxed a number of restrictions on public activity designed to prevent the spread of COVID-19, while the night time curfew has been scrapped entirely.

Updated measures to prevent the spread of COVID-19 will come into force on Monday May 31, following the approval of a proposal by the Ministry of Health at a meeting of the Kosovo Government on Friday evening.

The night time curfew has been scrapped, with no restrictions on movement of people now being applied anywhere in the country.

Restrictions on gatherings have also been relaxed, with up to 50 people now permitted to gather indoors and up to 100 outdoors, on the condition that a physical distance of 1.5 metres is maintained.

However, a new measure limiting gatherings to up to 10 people between the hours of 00:00 and 05:00 has now been introduced

Organised celebrations, including weddings, remain banned until June 15, when the policy will be reviewed depending on the epidemiological situation.

The wearing of masks covering the nose and mouth remains mandatory. However, more exceptions to this rule have been added. Those walking alone outdoors are now exempted, as are those driving alone or with close family members, as well as people running, cycling, or doing other physical exercise.

Meanwhile, restrictions applied to gastronomic businesses have been slightly relaxed. Bars and restaurants will now be allowed to operate until 23:00, with a permitted capacity of 50 customers per 100 square metres. A maximum of four persons are permitted per table in indoor spaces, with six permitted per table outdoors.

Cultural institutions, including libraries, cinemas, theatres, and galleries are now permitted to operate at 50 percent capacity, up from 30 percent.

Border restrictions remain largely unchanged, with citizens from countries designated as high risk by the European Centre for Disease Prevention and Control requiring a negative PCR test less than 72 hours old to enter the country. Exemptions apply to those passing through the country in less than three hours, as well as those who have evidence of receiving a COVID-19 vaccine, or with a positive serological antibody test less than 30 days old.

Citizens of India, Brazil and South Africa have all been banned from entering the country, while Kosovo citizens returning from these countries will be required to quarantine at home for 14 days.

The number of newly recorded cases has also dropped in recent weeks. The NIPH recorded 176 new cases this week (May 22-28) compared to over 1,000 cases recorded in the first week of May (1-7).

The situation in Kosovo’s public health system has also improved. According to the University Hospital and Clinical Service of Kosovo, 160 patients were being treated in clinics designated for COVID-19 patients at the University Clinical Centre of Kosovo and Kosovo’s regional hospitals on Friday May 28. Of this number, 66 are confirmed as infected.

These figures represent a significant decrease from the start of the month. On May 1, the number of patients being treated stood at 516, with 410 confirmed as being infected.