Hundreds of protesters marched through central Prishtina on Wednesday, demanding an end to femicide and greater social, economic and political equality for women in Kosovo.

On International Women’s Day, the Marshojme, S’festojme (We March, We Don’t Celebrate) collective once again mobilised hundreds of activists to demonstrate in central Prishtina, this time under the slogan “Against Patriarchy that Kills.”

Announcing the protest, the collective stated that “we march because we do not want to celebrate while girls and women are being killed. Together, we resist the patriarchy that continues to take the lives of many women in Kosovo.”

Six women have been murdered in Kosovo in the last year, while 1,596 cases of domestic violence were recorded between January and September 2020, with women the victims in 1,222 cases.

The protestors stopped in front of Kosovo Police headquarters in Prishtina and loudly chanted: Edhe sa thirrje te humbura (“How many more missed calls”), and “Drejtesi per grate vrara” (“Justice for murdered women”) in reference to the failure of the police to protect women, particularly in the murders of Zejnepe Bytyqi Berisha and Diana Kastrati.

“Justice, Equality and Solidarity,” and “Smash the patriarchy” were other frequent chants deployed by demonstrators, who led the march to Skanderbeg Square before dispersing.

Other symbolic actions in support of women’s rights were also held on Wednesday, including representatives from the QIKA NGO overturning a table laid with dinner plates in protest at the uneven division of household labour.

“The contribution of women within the home should be recognized in such a way that work is shared equally,” the NGO stated. “Unpaid work is isolating women inside the home. That needs to change.”

A cycling group Merakli t’Bicikletave are also due to hold a demonstration in support of women’s causes at 14:00 under the slogan “March and Cycle.” The group state that they particularly want to highlight the involvement of women in sporting activities. 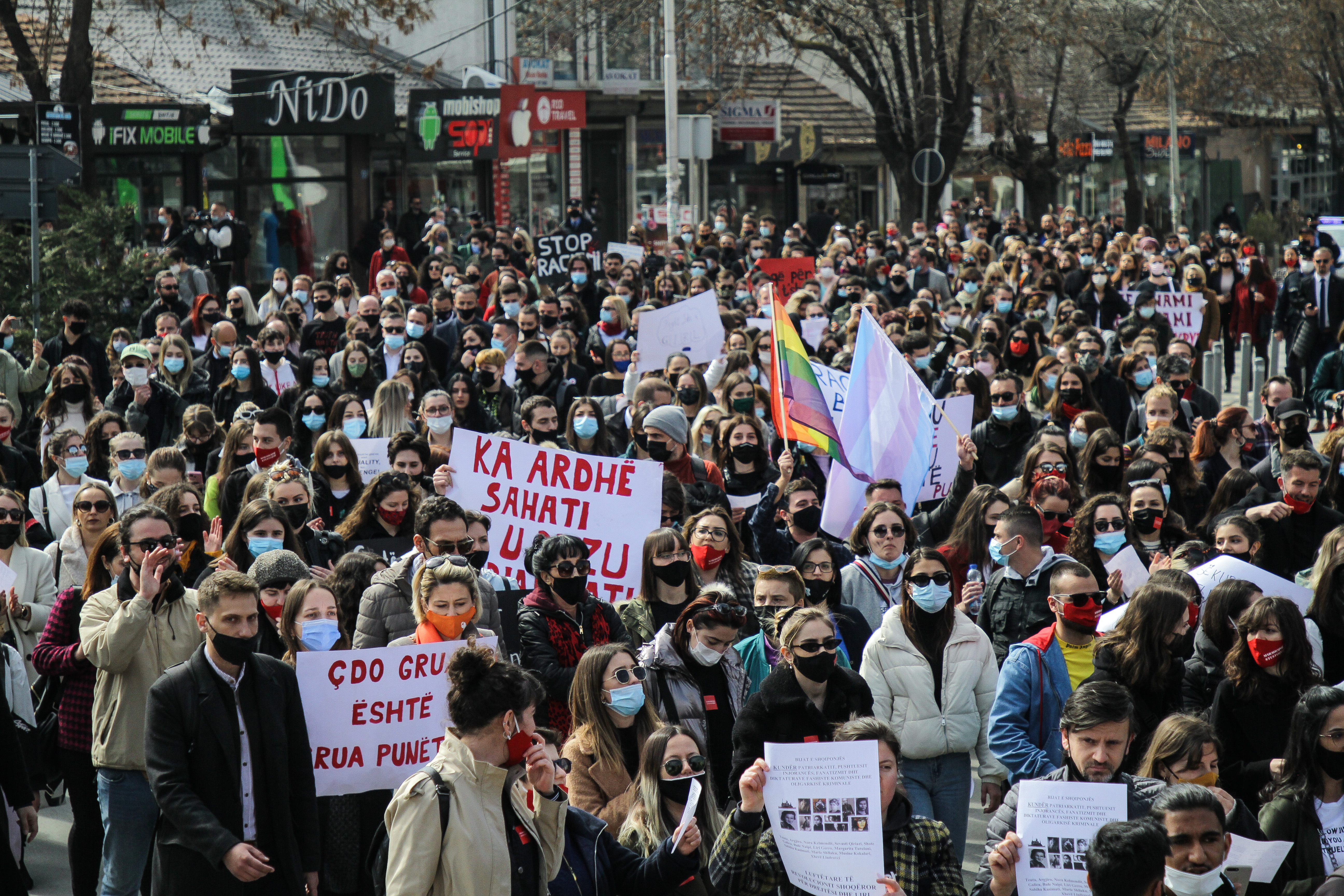 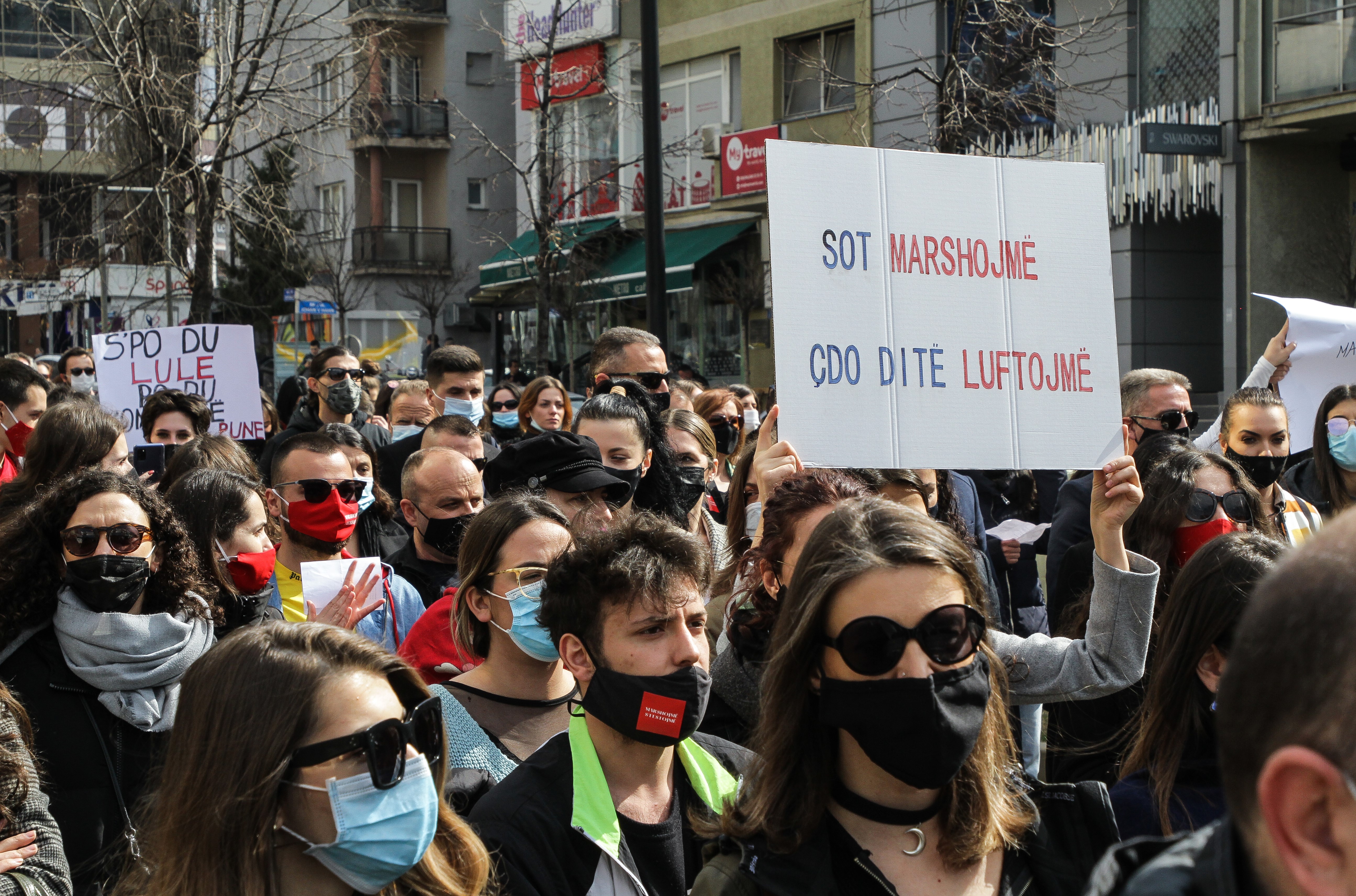 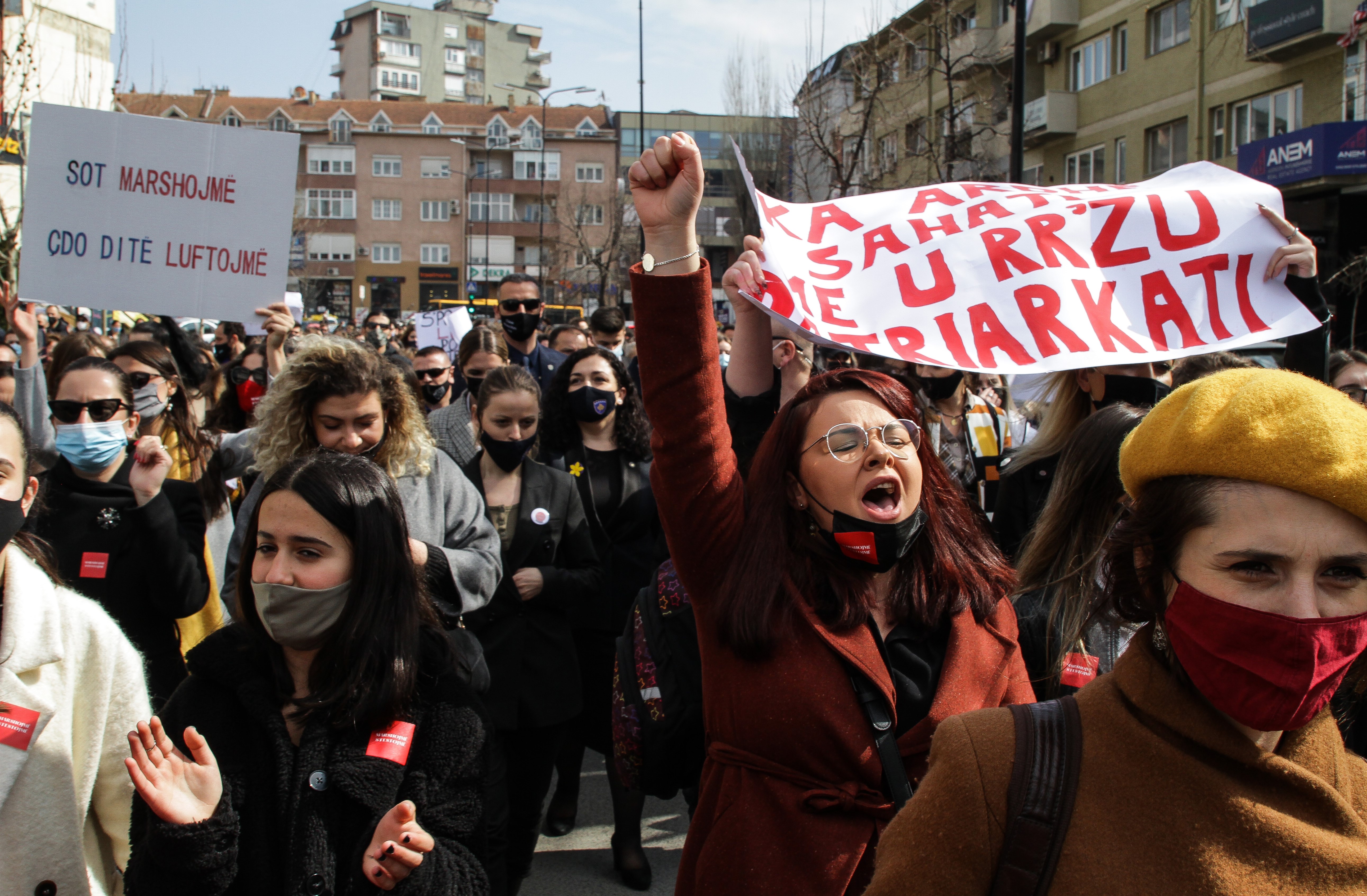 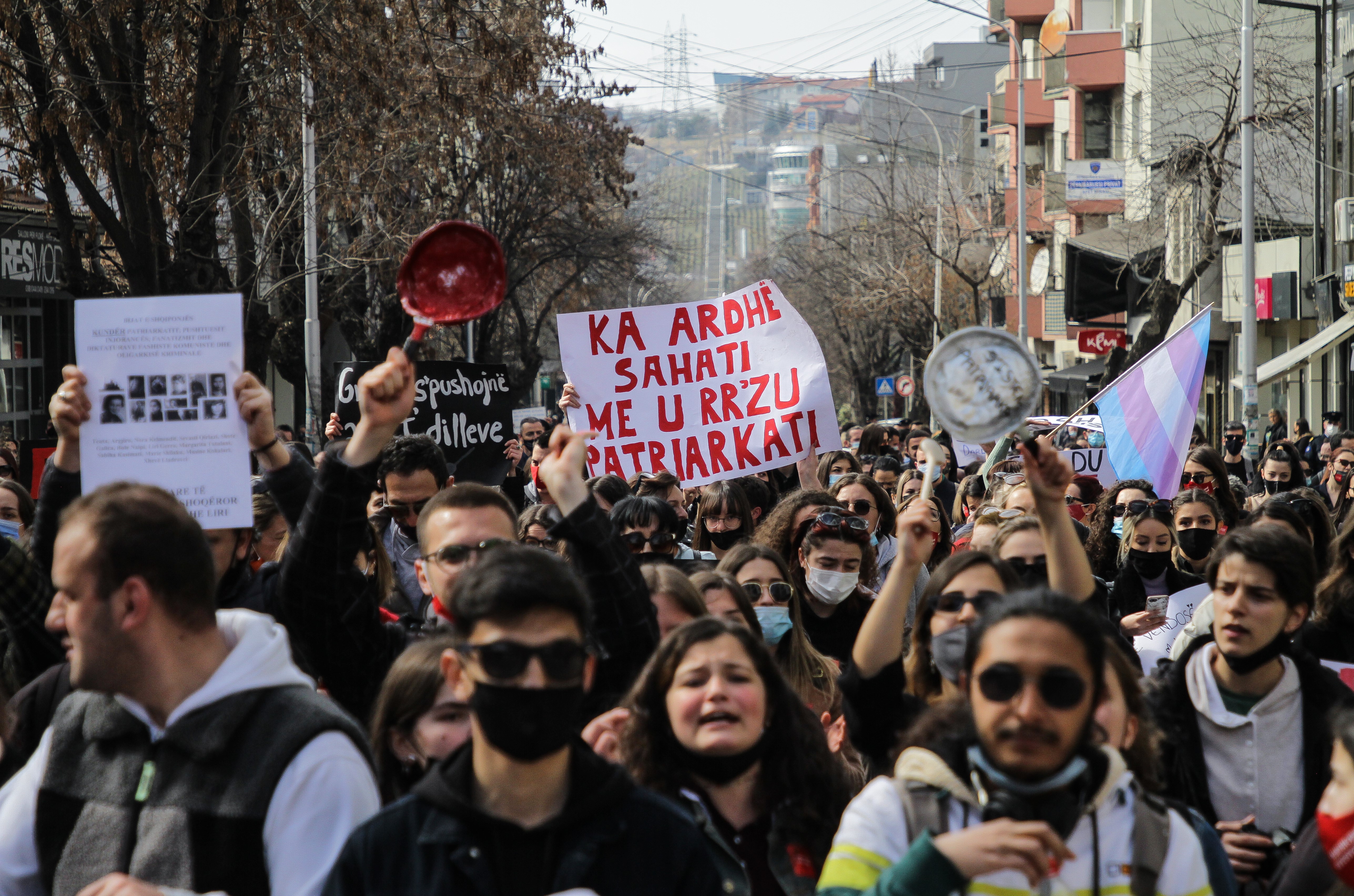 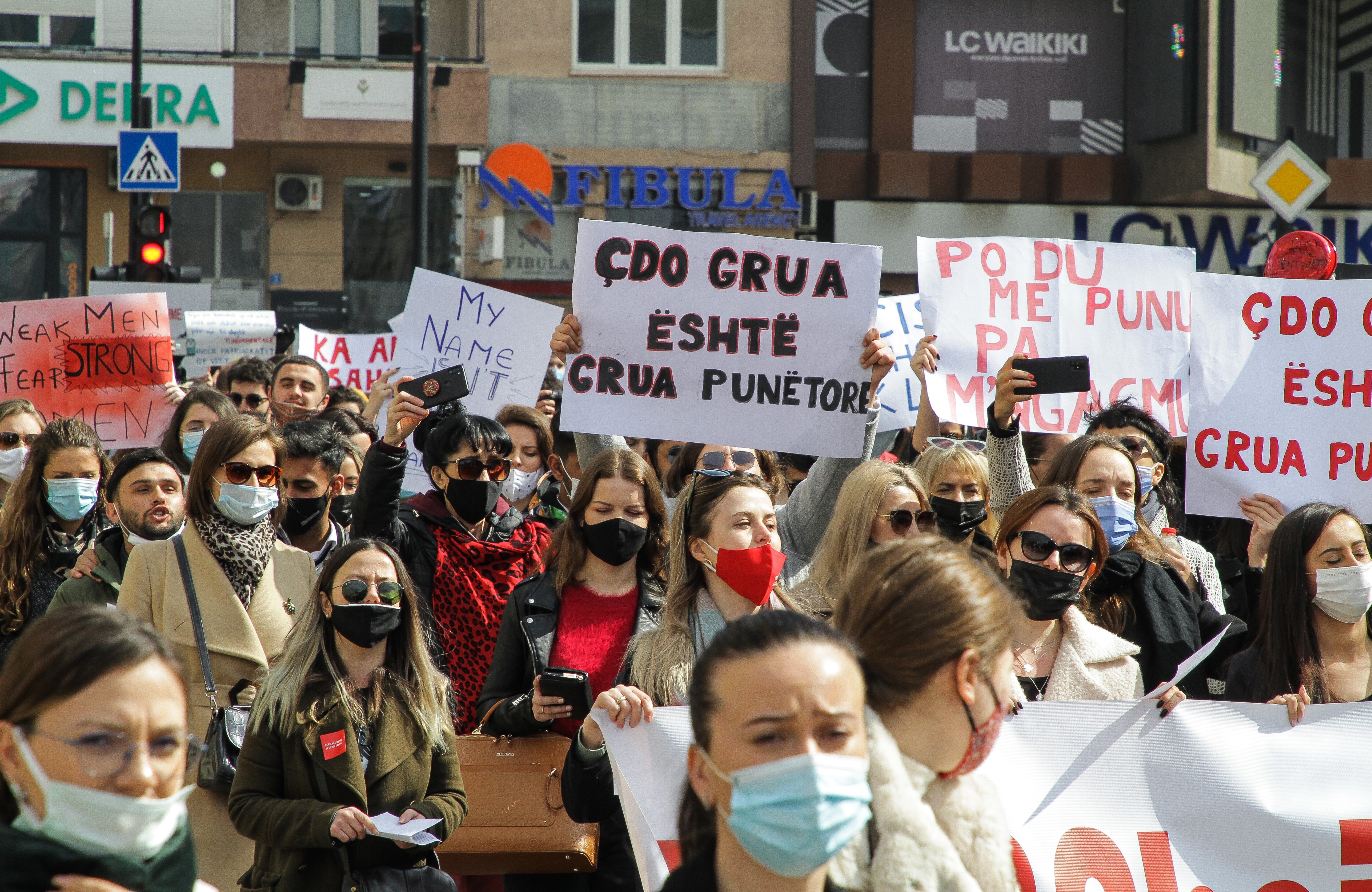 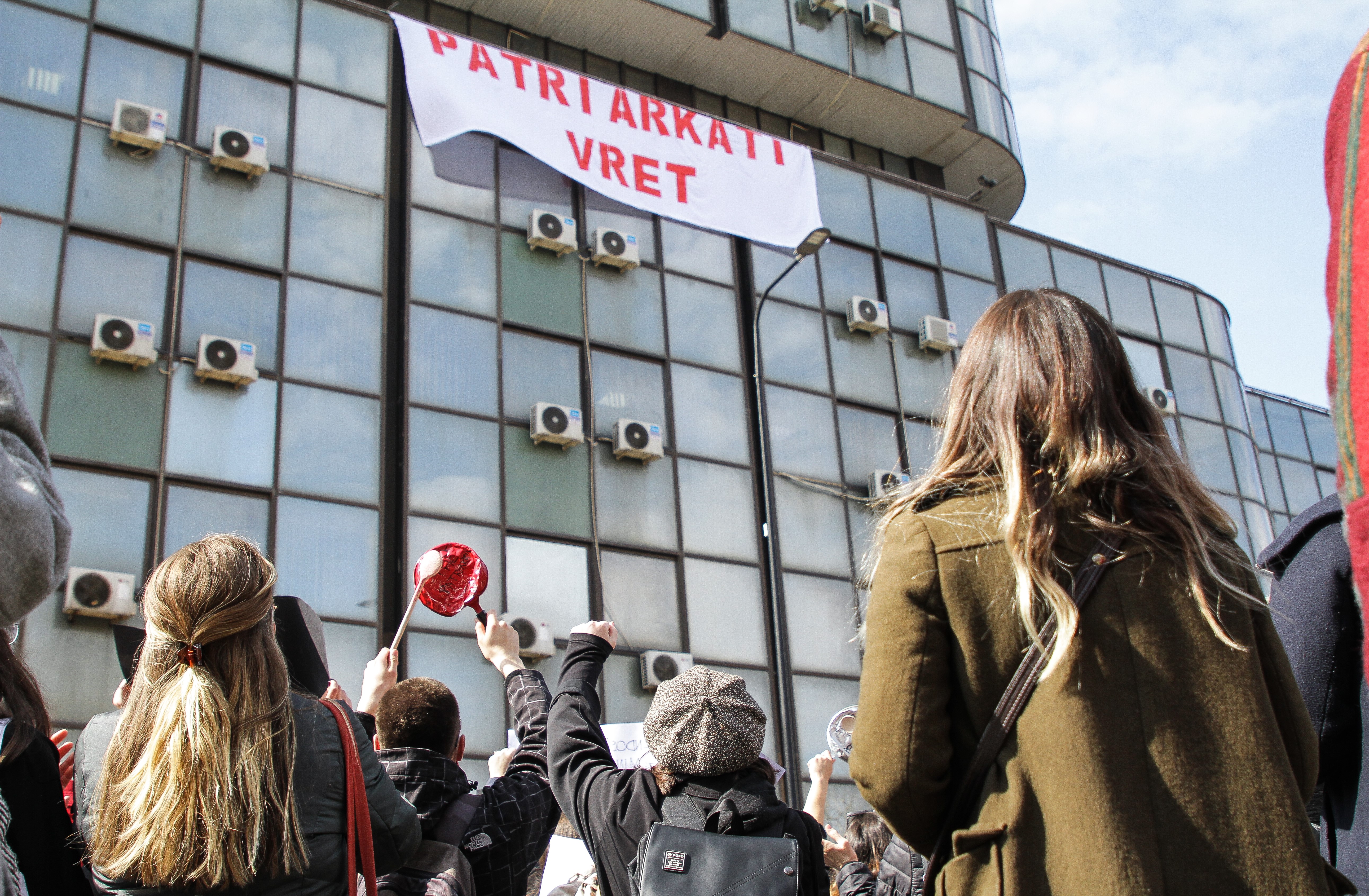 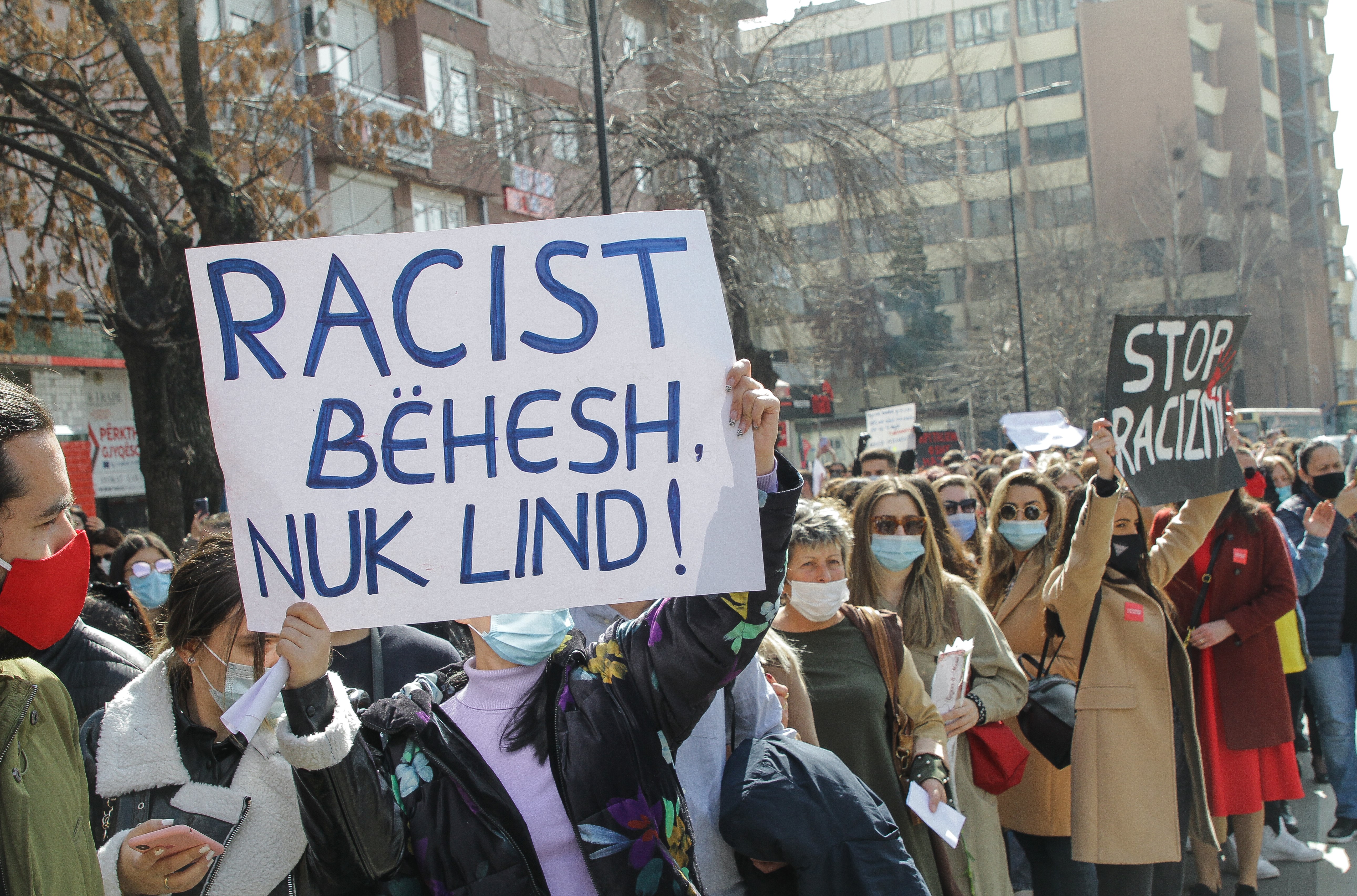 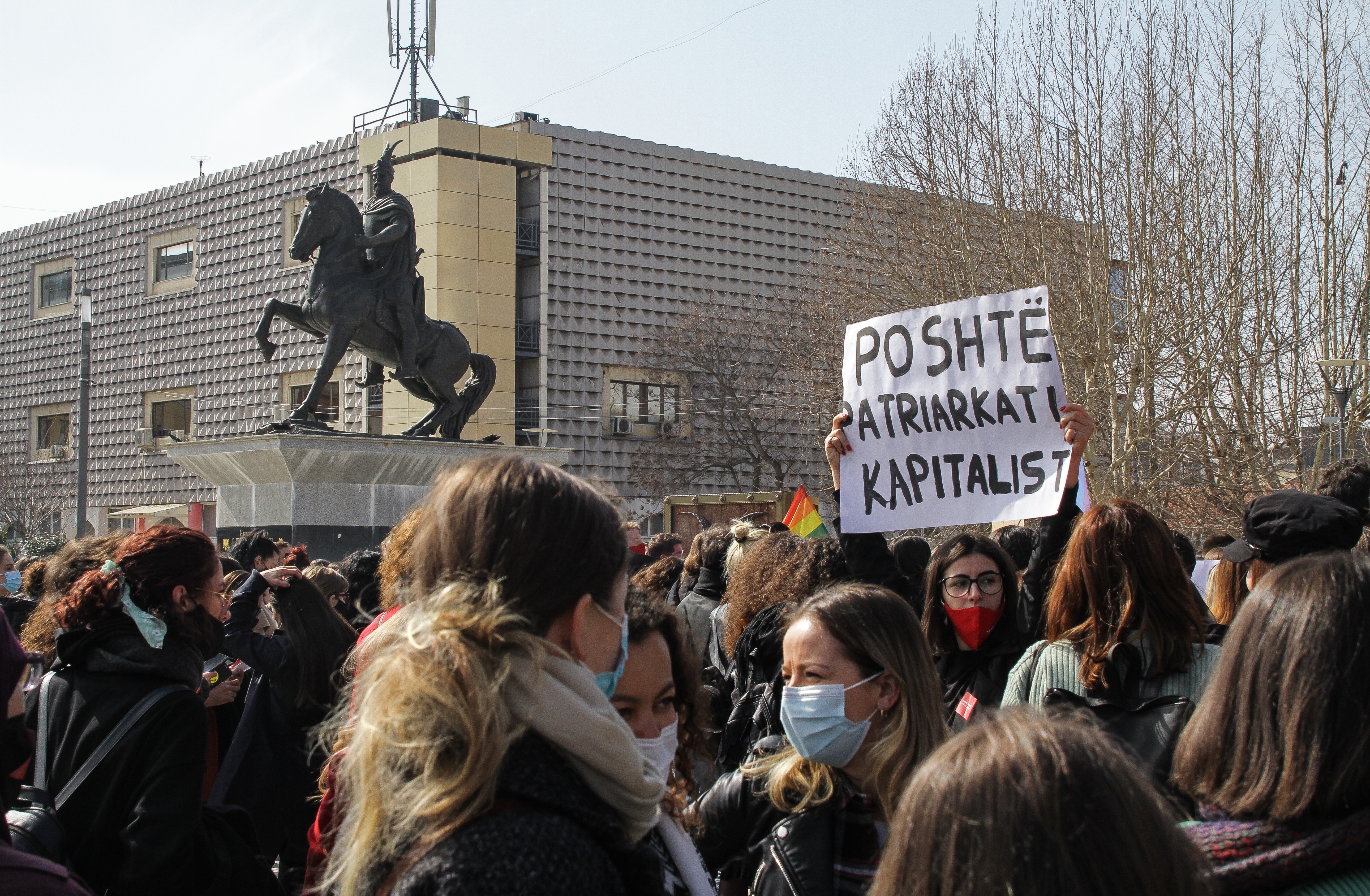 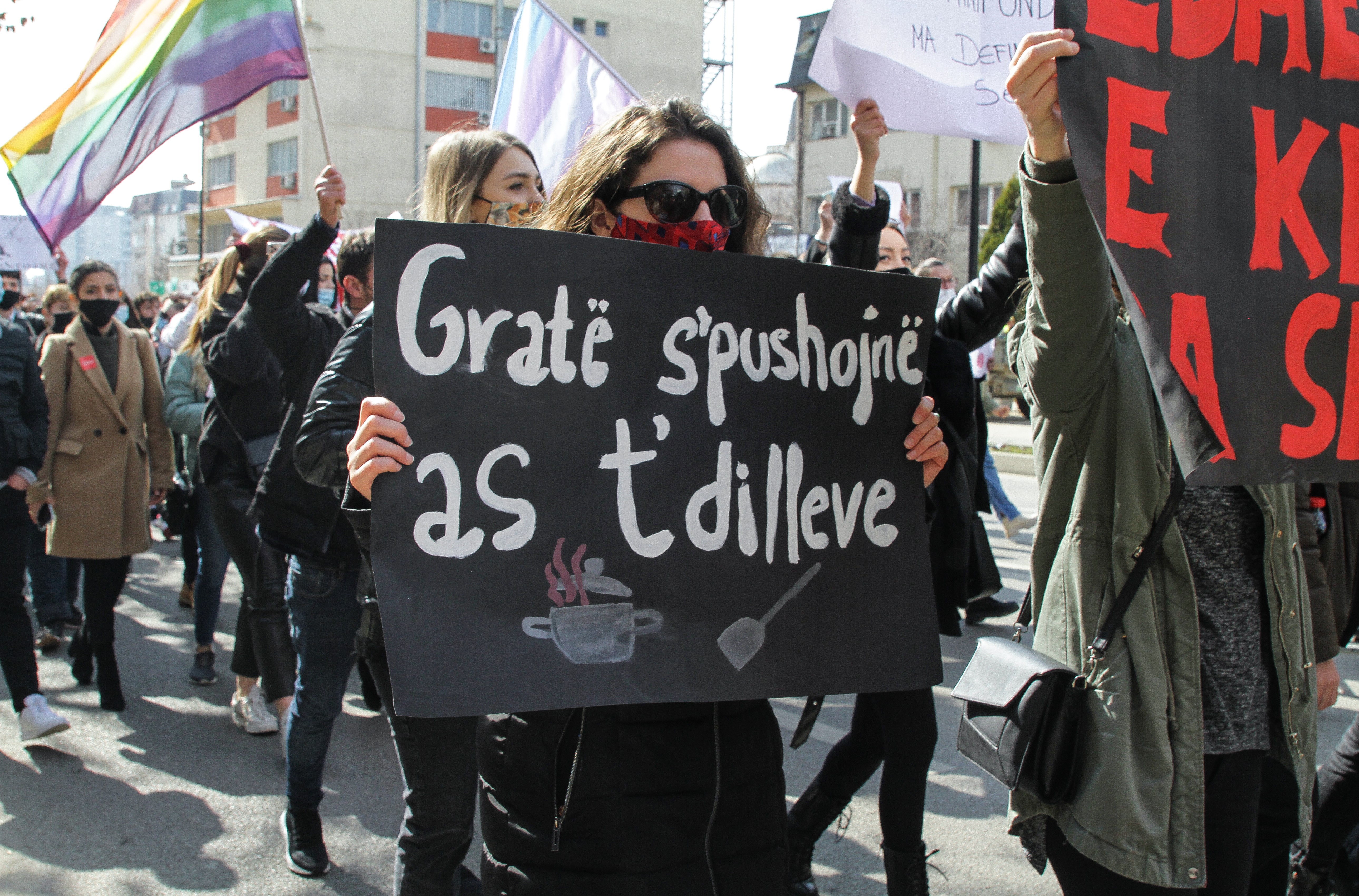 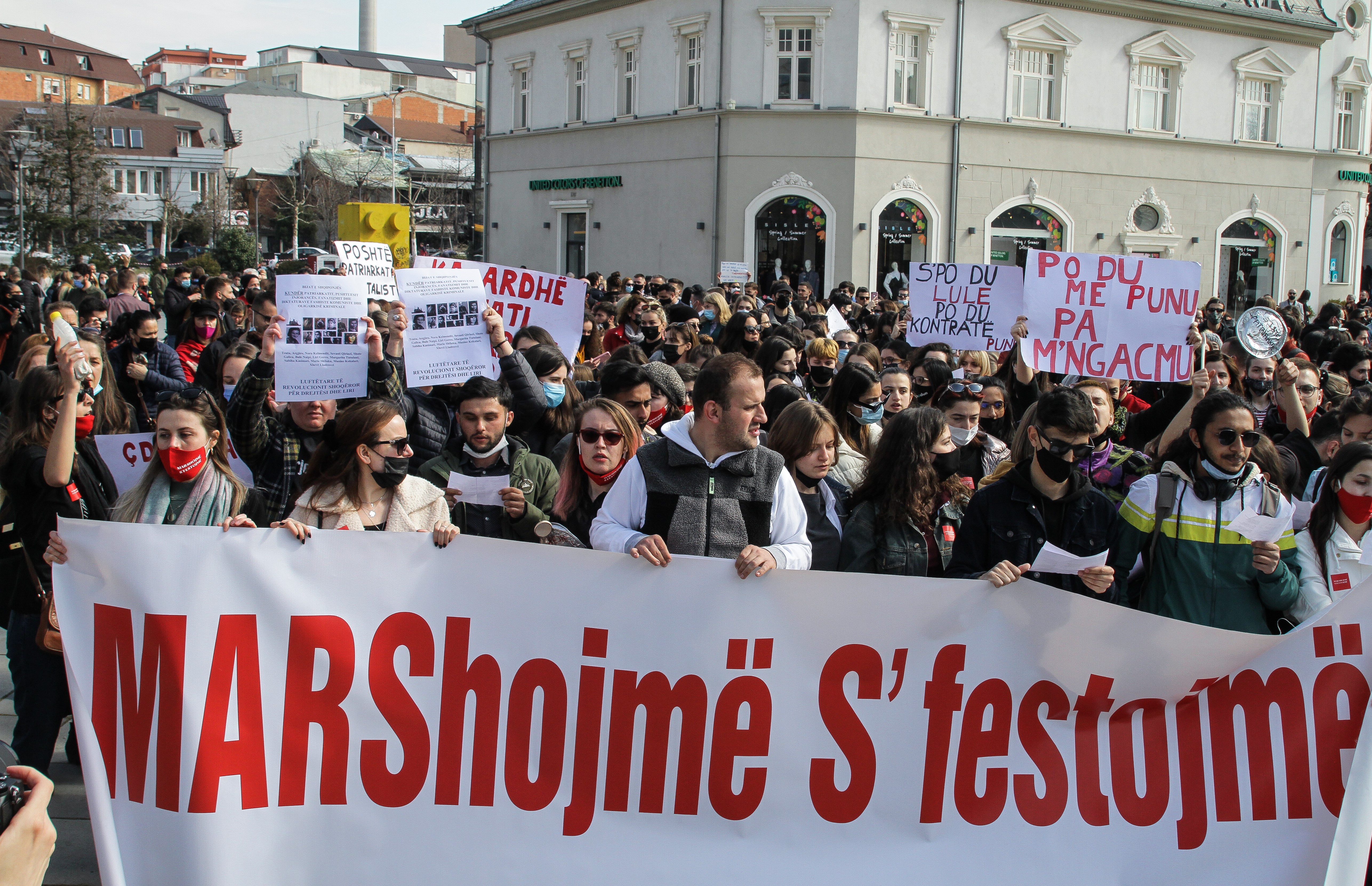 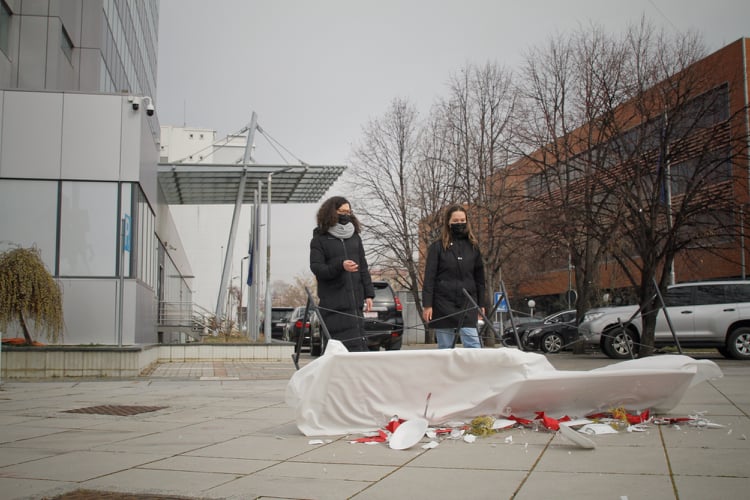