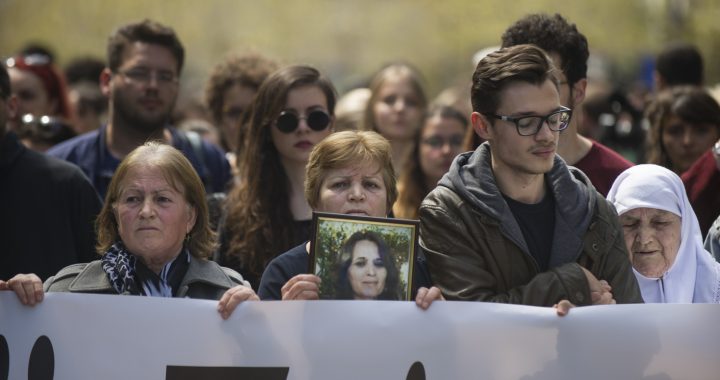 Until our institutions climb out of their current state of dysfunction, Kosovo’s abysmal treatment of its women and girls needs to become a constant, never-ending source of national shame.

Zejnepe Berisha was stabbed to death by her husband, Nebih, in their home in Suhareka in 2015. Zejnepe was battered throughout the course of her marriage, and had reported her husband to the police no less than 16 times. It beggars belief that the police allowed abuse in this home to continue, after 16 individual reports of abuse confirmed by both her children and other family members. According to information released by Gazeta Express, in one such report Zejnepe told the police that her husband had tied her up and tortured her with a knife while she was pregnant with their second daughter. According to Zejnepe’s sister, she had also attempted suicide three years before her murder.

On Wednesday, April 12, Nebih Berisha was sentenced to twelve and a half years in prison, barely above the legally required sentence for murder (which, according to the Penal Code, varies from 10 years to life imprisonment, as per the discretion of the judge). Nebih’s lawyer, Esat Gutaj, apparently argued that his client suffered from “limited mental capacity.” Hajrije Thaci, Zejnepe’s sister, was one of the last people to see her alive. Thaci said she had been invited to act as a witness by the prosecutor in the case, but said she wasn’t interviewed once during the course of the trial.

On Friday, April 14, Kosovars marched again in Prishtina to protest the murder of yet another woman failed by the police, the legal system and our government. If you’re reading this on Prishtina Insight, chances are you’re a foreigner here to “observe,” “monitor,” “report” or otherwise “assist” Kosovo. You may have been seduced into thinking that things in Kosovo are bad, but they’re getting better. That gender inequality in Kosovo is “cultural” and requires gradual change. You need to stop this thinking immediately.

What Kosovars need from you is unsparing criticism, because there’s only one of two ways progressive feminist politics happen here: feminist activists push an issue for years, organizing protests, writing articles, publishing research and lobbying the government. Or, the international community says they want a law passed or a new policy, after which it becomes, at the very least, a topic of national conversation.

And to my fellow Kosovar compatriots, those of you with bourgeois status, those of you who maybe have jumped at the chance to shill an image of a progressive, youthful Kosovo upon the offer of an “advisorship” or a cushy job spent going on official trips abroad: you are the worst. Rita Ora, Majlinda Kelmendi and #KosovoinUNESCO are all fine and dandy, but you help no one by pushing an idea of Kosovo that simply does not exist. Kosovo’s institutions are in need of radical change, and that can only happen when the people inside them are able to take a long hard look at themselves.

Right now, it’s precisely the government, the courts and the police that stand in the way of the advancement of our women and girls, and this needs to be yelled out from the rooftops. I probably don’t need to remind you, but here’s a brief list of the ‘Greatest Hits of Feminism’ by the Kosovo Government: Comparing feminists to cows. Telling a woman MP to “suck it” and then giving a speech to women entrepreneurs. Getting arrested for groping Japanese schoolgirls while on official state business. Calling an opposing government official a “fag.” And this is just the stuff that gets reported.

If this is Kosovo’s highest levels of government, how can it be any surprise that judges encourage women who are abused to reconcile with their partners? Or that prosecutors fail to pursue men who beat their wives? Or that restraining orders are next to meaningless in this country? Or that police dismiss women’s stories and might even participate in their abuse? Or that all the data on sexualized violence, failures of justice and systemic inequality collected by the Kosovo Women’s Network are not used to draft policy? Is it any wonder that I’ve almost never bothered to call upon the authorities when I’ve been followed down the street or kicked or threatened or pulled by the arm by men in Prishtina, our little bourgeois bubble?

I’m at a loss at how much more data needs to be collected, how many more deaths need to happen and how many more marches need to be organized in order for things to change. Which is why I humbly suggest public shaming, the deepest cut in the Albanian playbook. Until our institutions climb out of their current state of dysfunction, Kosovo’s abysmal treatment of its women and girls needs to become a constant, never-ending source of national shame.