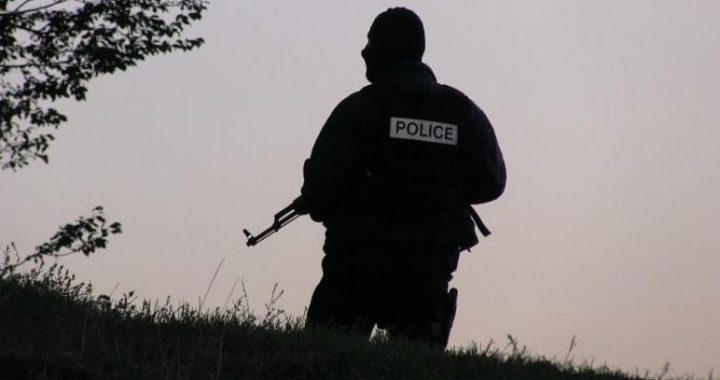 Security heightens around the country as the Kosovo Security Council warns of a terrorist threat and a man is arrested in Peja.

On Friday, the Security Council confirmed that there was an active threat.

“Such actions are estimated to be related to people with questionable pasts, working with groups and services of some countries, and can be related to the incriminated persons in conflicts outside of Kosovo, as well as particular countries which aim to destabilize Kosovo,” said the KSC statement.

“Meanwhile, law enforcement and the justice system will take all legal measures to prevent acts that endanger human life, the country’s stability, and constitutional order. Members of such groups will be brought before justice.”

Early Friday morning, a person was detained in Peja on suspicions of inciting terrorism. On social media, the suspect, Rakip Abdyli, called for attacks against the Kosovo government and foreign embassies in the country, the State Prosecution claimed in the preliminary court session.

The State prosecutor also said that there is reason to believe that Abdyli has continuously posted threatening messages on Facebook and YouTube.

“On the Youtube page ‘Nasheed’ he posted videos that call all Muslims to attack the Kosovo Government and foreign embassies in Kosovo in the name of jihad, and warned of the coming of the Caliphate,” said Merita Bina Rugova, member of the Kosovo Special Prosecution.

The suspect is currently being detained.