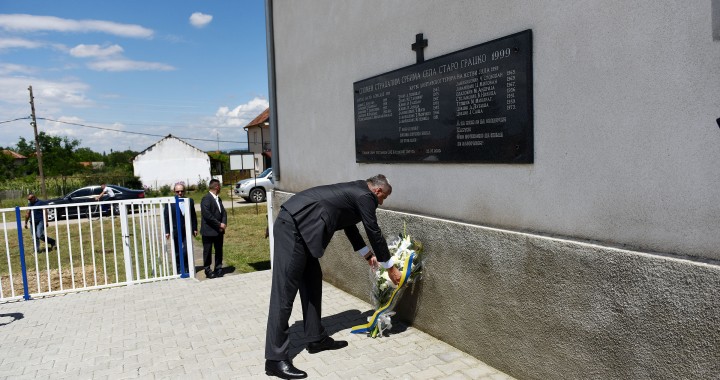 Hashim Thaci in Gracka e Vjeter. Photo: courtesy of the Office of the President.

The insufficient commemoration of civilian victims in Kosovo

President Hashim Thaci's commemoration of Serbian victims in Gracka e Vjeter is an important event in the process of dealing with the past - but it is insufficient.

After a war, the involved parties are usually not in contact with one another due to the damage caused on both sides. As a result, they share mutual hate and there is no room for reconciliation. Communities usually deal only with the victims belonging to ‘their side,’ showing no empathy whatsoever to ‘the other party.’ This results in the type of mentality that the entirety of one side is labeled as a victim, and the other side is seen as entirely criminal – the criminals are always on the opposite site.

In July 1999, when NATO forces entered Kosovo, 14 Serbian civilians were killed in the village of Gracke e Vjeter, including a 17 year old boy. President Hashim Thaci’s visit to the village on July 20 this year,  to both honor and commemorate these victims, is an important event in the process of dealing with the past. The political readiness of the Kosovo president is a unique and positive step forward coming from a person of such stature, yet this act should not be connected to the personality of an individual but the institutional body he represents. This initiative should be seen as a fulfillment of institutional responsibilities, in this case the presidency, and not an act of goodwill by an individual who holds a certain positions.

Despite the fact that 17 years have passed, local institutions do not yet have an official list of all casualties related to the war, and this creates space for manipulation of numbers. War crimes trials are insufficient, especially when it comes to high-profile individuals. Continuous acquittals contribute to the creation of heroes and mythicization of war events. Moreover, initiatives established and supported by institutions until now have been unilateral and exclusive.

The Kosovo Albanian youth live in exclusively Albanian municipalities and have little or no contact with other ethnic communities and are exposed to the institutionally-approved ethnocentric narratives of the majority population. History books contain nothing on the non-Albanian victims of war, while the number of Albanian victims is exaggerated and is not based on any concrete fact. For this reason, the honoring of non-Albanian victims is deemed erroneous and unacceptable for the masses.

The victims of Gracke e Vjeter were killed while harvesting their crops; they were innocent civilians. Due to the institutional failure to raise the awareness of society on the killing of Kosovo civilians during and immediately after the war, our society finds it difficult to accept the bitter reality of the existence non-Albanian victims in Kosovo. Civilian victims are marginalized and are not publicly recognized in the ways that other categories of war victims are regarding social and financial support from the state.

Memorials that are dedicated to civilian victims and soldiers are mostly financed and erected by the victims’ families. Institutions should be the ones approving the construction of these memorials, which would thus prevent elements of hate speech being displayed on them.

Thaci’s visit to Gracka e Vogel was an important step forward, although he did receive plenty of criticism for honoring Serbian victims whose community remembers them as “victims of Albanian terror.” The full inscription on the commemorative plaque,  “Žrtve šiptarskog terora na žetvi jula 1999 (Victims of Albanian terror during the July harvest of 1999)” and specifically the phrase “šiptarskog terora” (Albanian terror) is hate speech and a generalization of Albanians and should not have been placed on a commemorative plaque for nationalist purposes. Such an approach does not contribute to stable peace and reconciliation, it only deepens the divide between the communities that already have fragile relations.

The political and declarative readiness of President Thaci is welcome though insufficient because it is justice that must be served in this case. Indictments are very important in the process of regaining trust in public institutions and a term for stable peace and rule of law. Similar initiatives should be done by other politicians of the region in order to prioritize civilian victims of war through giving them an inclusive space and larger financial support.

Teuta Hoxha is the acting director of Youth Initiative for Human Rights, YIHR, in Kosovo. 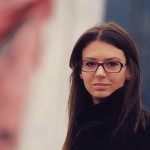