Is Kosovo Set to Join the Council of Europe?

In Russia’s departure from the Council of Europe, Kosovo sees an opportunity.

Last month, President Vjosa Osmani announced she had requested that all necessary arrangements be made for an application to join Europe’s leading human rights watchdog this year.

The move reflects the sense of momentum building to consolidate stability in the Western Balkans in light of Russia’s invasion of Ukraine.

Russia’s decision to quit the Council in mid-March, pre-empting a decision to exclude it, removed another potential obstacle to Kosovo’s accession, but experts say doubts at home and abroad over the desirability of membership remain.

It has already drawn an angry response from Serbia, which does not recognise its former southern province as independent.

“This year, the circumstances have changed, and Kosovo has good chances of securing sufficient support for membership,” he told BIRN, “but that requires active lobbying, serious preparation of the membership application, and investment in maintaining the positive momentum created after the expulsion of the Russian Federation from the CoE.” 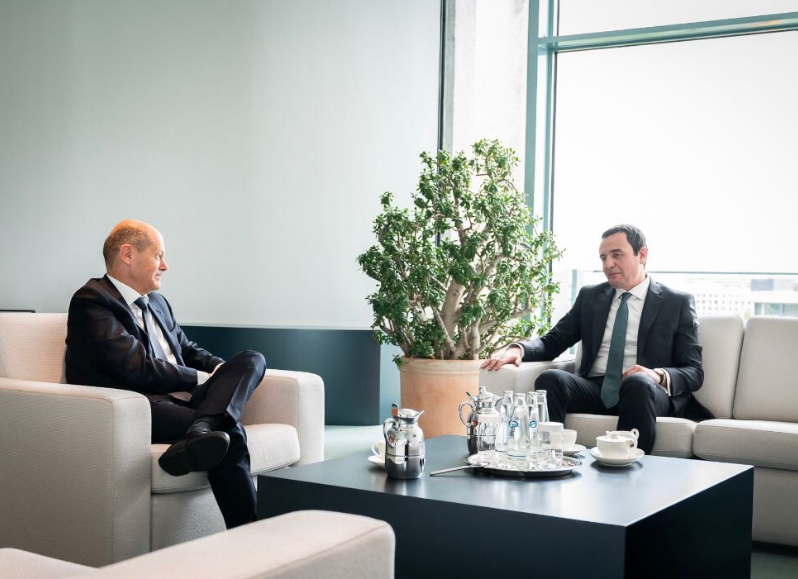 German Chancellor Olaf Scholz and Prime Minister of Kosovo Albin Kurti attend a press conference after a bilateral meeting at the Chancellery in Berlin, Germany, May 4, 2022. Photo: Kosovo PM Albin Kurti in Twitter.

In early May, Prime Minister Albin Kurti, an ally of Osmani, said in Berlin that Kosovo planned to apply for membership of the Council of Europe and NATO’s Partnership for Peace programme, a stepping stone to membership of the Western alliance.

Serbia, Russia’s chief ally in the Balkans, warned of retaliation.

“Our job is to protect our country and constitution,” Serbian President Aleksandar Vucic said on May 6. “Our response will be stronger than they imagine.”

The response will be diplomatic, not military, he said, “but we will show our teeth.”

Serbia lost control over Kosovo after NATO bombed for 11 weeks to drive out Serbian forces accused of ethnic cleansing and atrocities during a brutal counter-insurgency war. Belgrade refuses to recognise Kosovo as independent and has the backing of UN Security Council veto-holder Russia in seeking to frustrate its international integration.

In September 2020, under a deal brokered by the Trump administration in the United States, Kosovo committed to a one-year moratorium on efforts to join international organisations; Serbia pledged likewise not to lobby states to withdraw their recognition of Kosovo for the same period.

That moratorium expired in September 2021.

Jeton Zulfaj, an adviser to Kurti, said the time was now right to seek Council of Europe membership.

“I think we have good chances after Russia’s departure,” he told Tevel TV on Tuesday. “Two thirds of countries which would vote are now secured in the sense that they are countries which recognise us”.

Visoka said that Germany and a significant number of CoE member states had expressed support.

“Again, this is crucial and a positive move, which needs to be nurtured further,” he told BIRN.

“Moreover, the constraining moratorium with Serbia for suspending Kosovo’s application in international organisations has already expired and the application for membership in the CoE is a good occasion to restore Kosovo’s confidence in running its foreign affairs independently.”

No guarantee accession will come quick 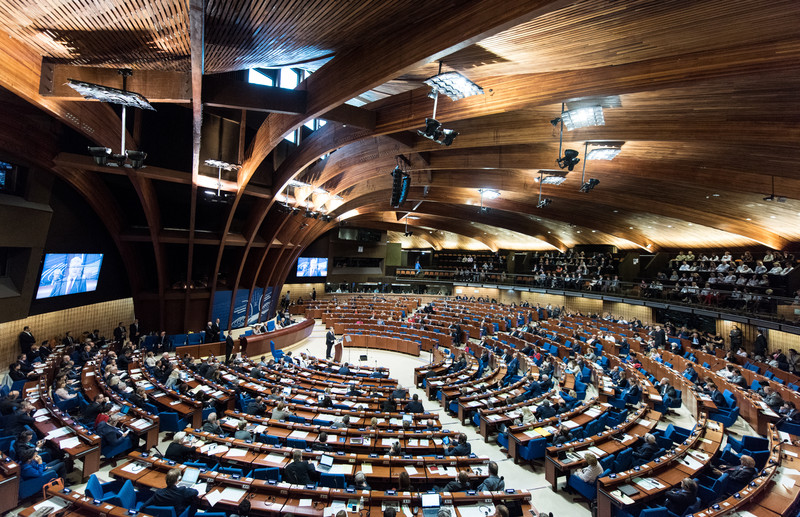 Applying for membership is one thing, but actually securing a vote on accession is another.

In 2013, a report by the Pristina-based think tank Group for Legal and Political Studies noted that the Committee of Ministers must first adopt a resolution asking the Parliamentary Assembly for its opinion on accession.

“The Committee of Ministers did not ask PACE [Parliamentary Assembly of the Council of Europe] for an opinion on Bosnia and Herzegovina for over three years after receiving its application,” the think-tank wrote, adding that Kosovo should be ready for a period of “highly committed” lobbying.

Visoka noted that, “for a long period of time,” Kosovo has been able to count on a sufficient number of votes to join the Council of Europe. But it has held off on applying “due to external and internal constraints.”

“Externally, Kosovo’s main European partners have been hesitant to support Kosovo’s application to the CoE, fearing that such a move would undermine the prospects for normalisation of relations with Serbia and antagonize Russia and other CoE members who have not yet recognised Kosovo,” he said.

“Internally, the application was constrained by a hesitation by Kosovar authorities, fearing that Kosovo’s eventual membership of the CoE would inflict on Kosovo’s institutions huge reputational and material costs, especially if a large number of alleged human rights abuses would end up at the European Court of Human Rights.”

Then there was the lack of “serious preparatory work” for an application amid a sustained period of political uncertainty.

Sunny Hill Festival Given Site for 99 years By Prishtina Council