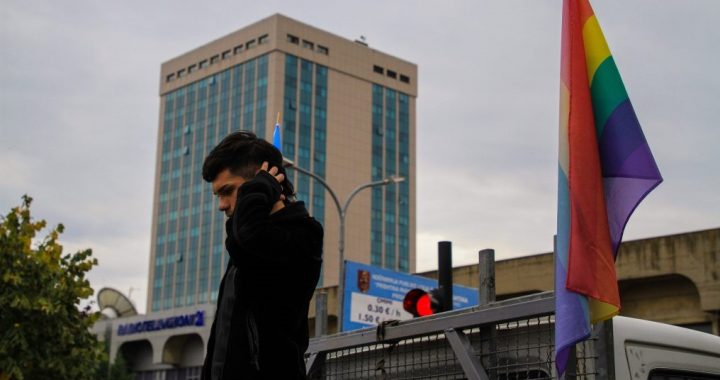 It is time for Vetevendosje to finally condemn homophobia

Can the new Kosovo Government call itself progressive if it ignores LBGTI rights groups and includes rogue homophobes? I don’t think so.

As part of the 2019 election campaign, BIRN asked a series of quickfire questions to candidates standing for MP, including whether they were for or against same-sex marriage. The question split politicians, with nearly half backing the right for same-sex couples to marry, but over 40 percent coming out as against the notion.

One of the candidates expressing their opposition to same-sex marriage was Kosovo Bosniak MP Emilija Redzepi, who on Monday became Deputy Prime Minister for Minority and Human Rights Issues in the new Vetevendosje-led government.

Considering her apparent stance on same-sex marriage, it is perhaps unsurprising that numerous activists and organizations working with Kosovo’s LGBTI community have expressed skepticism that she will be able fulfil the role assigned to her.

CEL, a leading LGBTI advocacy organisation, stated on Tuesday that “it is ironic that a person who aims to advance human rights and minority communities publicly discriminates against other communities.” CEL called on Redzepi to withdraw her previous stance on same-sex marriage, stating that LGBTI+ persons are both citizens and taxpayers of the Republic of Kosovo who deserve equal treatment and rights.

Meanwhile, Dylberizm, an Albanian language platform dedicated to LGBTQ+ issues, called on Prime Minister Albin Kurti to dismiss Redzepi, stating that the “appointment of a homophobe to the position of Deputy Prime minister for Minority and Human Rights Issues is extremely concerning, and dangerous for the respect of human rights, more precisely the rights of the LGBTIQ+ community.”

So far, neither Redzepi, nor Kurti, nor Vetevendosje, have issued a clarification on the issue, which is typical of a persistently negligent attitude the party has often taken when LGBTI issues are raised.

It is important to state that Vetevendosje had the highest percentage of MPs supporting same sex marriage in BIRN’s 2019 poll, and that the party often emphasises the importance of human rights in its discourse. It was also the only political party at the 2021 elections whose female MPs were elected to the Kosovo Assembly without the need to utilise the legal gender quota.

However, Vetevendosje has often been notably silent on LGBTI issues. The party’s official channels never publicly voiced support on the International Day Against Homophobia, Transphobia and Biphobia, IDAHOT, and its leaders have never participated in Prishtina’s now annual Pride Parade.

A few days before last year’s IDAHOT, LGBTI organizations reported that the Vetevendosje-led government was hesitant about celebrating the event by lighting the government building in the colours of the rainbow flag – a celebration which has taken place every year since 2016, even under the governance of centre-right, ‘family-oriented’ parties.

Activists told BIRN that the government had initially agreed to the now traditional display, but three days before the event they had sent an email stating that the building would not be lit up, and that the Prime Minister’s Office was requesting other options.

After their reluctance was made public, however, there appeared to be a change of heart. The building was eventually lit up in the colours of the rainbow flag, with Prime Minister Kurti tweeting that “discrimination has no place in our society, and no one can be judged or frightened for their safety because of who they are. #IDAHOT.”

However, later that year when Pride Day was celebrated on October 12, Vetevendosje’s official accounts again remained silent, while individual activists and MPs from the party made homophobic statements via social media.

Vetevendosje MP Eman Rrahmani chose Pride Day itself to state that: “there’s nothing better than being a parent, having someone call you mother, father, daughter, son, grandfather, grandmother. My political activism has to do with the future of our children, my political activism is done for a family where there is a mother, a father, a son, a daughter, a grandmother, a grandfather.”

A few days later on October 18, a Vetevendosje member of the Prishtina Municipal Assembly, Leonora Shabani-Bajraktari, stated that an awareness campaign promoting LGBTI rights and same-sex marriage, was “too much.”

Protests were organised by a number of LGBTI and civil rights groups outside Vetevendosje’s central offices after the party failed to condemn either statement.

In November 2020, Vetevendosje were again the subject of public criticism by LGBTI groups, after failing to invite any LGBTI representatives to a public hearing on the drafting of the new Civil Code. Activists have long been advocating that the Code should include new stipulations that would make same-sex marriage possible, and ensure that it is in accordance with the Kosovo Constitution, which prohibits discimination on sexual orientation.

It is the failure to be cognisant of these issues, not to mention Vetevendosje’s deafening silence in response to criticism from LGBTI groups that is just as damaging as statements by “rogue” members. The issue is deeper than a few individuals spewing hate speech.

Following their landslide election victory, the key question now is Vetevendosje’s position on LGBTI issues both as a party and within the government it now leads. Neither the party nor its leadership can remain silent when members discriminate against the LGBTI community. If they continue to do so, it is impossible to understand it as anything other than implicit endorsement.