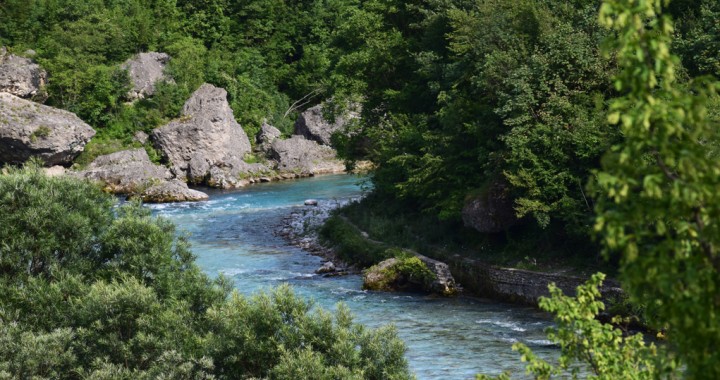 Toka volunteers accessed local social media page Network Prishtina to gage Kosovo’s interest in getting involved. The efforts were fruitful: several buses will take passengers directly to the concert from Kosovo’s urban centers of Prishtina, Prizren, Gjakova, and Peja. The round trip bus ticket price is only six euros, and tickets should be purchased beforehand in each city.

“What’s really needed is for the government to be forced to acknowledge the scale of support, rather than claiming we are just a few disgruntled villagers,” said Toka founder Catherine Bohne, a Valbona resident and a guesthouse manager. 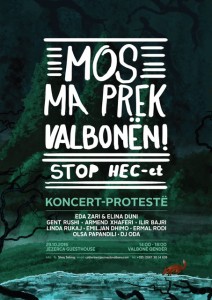 From 2009-2013, under former Prime Minister Sali Berisha, the Albanian government granted three concession contracts the construction of six hydropower plants on the river. Since then, local residents and environmentalists from the community and abroad have been campaigning against the Berisha government measures and further potential plans for hydropower construction that have developed.

They argue that hydropower plants would wreak havoc on the legally protected wildlife and Albania’s tourism industry, failing to bring monetary benefit to the local villages.

Despite protests, construction on two “Dragobia Energy” Hydropowers began on September 28. Still, Bohne argues, it is not too late to thwart further construction.

“It is now really a race against time. It’s clear that we have no choice but to act with the full force of the law, and bring a fight which we and our advisers fully believe we will win.”

Although Toka is happy to take donations (bank transfer details can be found here), Bohne said the most important resource the initiative needs right now is people presence.

“TOKA is a small NGO and we don’t make a profit. We only want to raise funds – maybe stupidly – for what we need, and never have extra cash in the bank anyhow. So while the financial cushion would be nice, what’s really needed is to demonstrate solidarity and a common fight,” Bohne said.

For more information on the concert and bus schedules, check the event’s Facebook page or the Journey to Valbona website. The bus from Prishtina, organized by the Beni Reisen company, will leave from Palace of Youth and Sports at 9 am. Purchase your tickets before Saturday at Beni offices or at Soma.