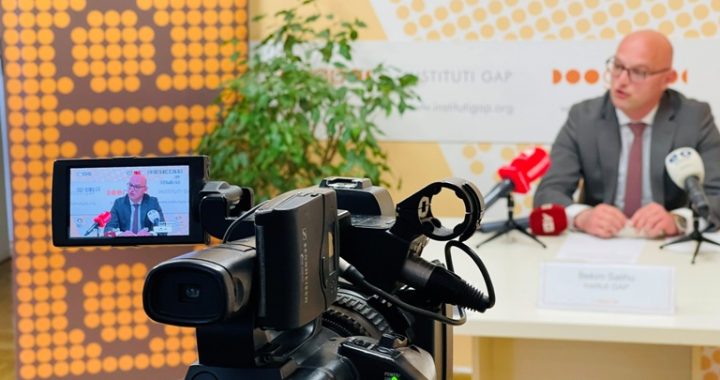 Kosovo mayors made more than 1,800 promises during the 2021 local election campaign, according to the think tank GAP Institute – far more than in the previous elections.

More than 1,800 promises made by current mayors during last year’s local election campaign have been identified by the Prishtina-based think tank GAP.

According to the findings, presented on Tuesday, the Mayor of Pristina, Përparim Rama, made the most promises, with 206, followed by the Mayor of South Mitrovica, Bedri Hamza, with 123, and the mayor of Gjilan, Alban Hyseni, with 109.

The fewest promises were made by the Mayor of Peja, Gazmend Muhaxheri, with 25, the Mayor of Deçan, Bashkim Ramosaj, with 20, and the Mayor of Viti, Sokol Haliti, with 19.

In the 27 municipalities of Kosovo, GAP identified and confirmed a total of 1,819 such promises, excluding the Serb-majority municipalities in which no active campaign was conducted.

The figure was double the number in the last mandate, when elected mayors made 913 promises in their campaigns of which, by September 2021, only 467 were fully implemented while the rest were implemented partially or not implemented at all, according to GAP findings.

The promises appeared in televised debates, in activities during the election campaign, and in election programs.

Bekim Salihu, from GAP, said that they had listed the promises made by candidates for mayors since 2019.

He also said the approach in the next elections should be changed because only 11 candidates were women, and only two managed to become mayors out of 38 elected mayors.

“We hope and demand that in the next elections this percentage will change and that the representation of women will be much more significant,” Salihu said.

Most promises related to the public services, with a total of 381, and to education, with 270. Some 200 related to culture and 199 to infrastructure. Some 175 concerned economics, 134 health and agriculture 157. Least promises concerned urbanism – 41 in 27 municipalities.

In 11 other municipalities there was a change of the mayor, with the same party as in the previous election. Fifteen mayors secured extensions of their mandates for 2021-2025.

Elections took place on October 17, 2021. On November 14, a second round was held in 21 municipalities that went to the runoff.