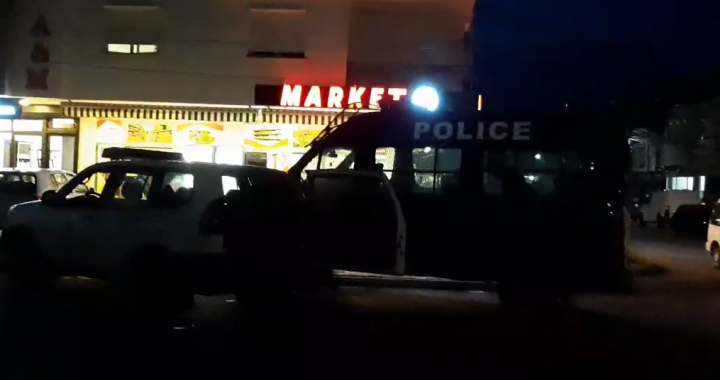 Following a BIRN investigation into illegal betting stores, a police raid in Gjakova on Tuesday resulted in eight arrests and the seizure of assets and property related to the gambling industry.

During a police raid in Gjakova involving more than 100 police officers, eight individuals were arrested in relation to the unlawful betting stores running in the city.

The police action came following a BIRN investigation carried out in recent weeks, which discovered that a number of betting stores in Gjakova were operating illegally.

In March this year, a decision by the Kosovo Assembly banned all kinds of ‘games of chance,including lottery tickets, slot machines, and any other games where the participants have the possibility to win money.

Kosovo Police clamped down on betting stores that were still secretly in operation after two employees of a betting store were killed during a robbery in March.

The Gjakova raid, which lasted more than five hours, targeted nine locations in Gjakova that were identified as being involved in gambling.

Besides the arrests and the closure of the betting stores, the operation also included the seizure of a number of assets such as printers, televisions and telephones.

In one location, a pastry shop was being used as a camouflage for the betting store.

The gambling industry has generated millions of euros yearly to the state’s budget. According to the data obtained by BIRN from the Tax Administration of Kosovo, during 2018, institutions involved in games of chance paid nearly 16 million euros to the state in taxes.

BIRN reported in January this year on growth of the gambling industry and related illegal activities nationwide, just before the industry was banned in March. However, the gambling industry was a problem even before it was prohibited, acting as both a hub for other illegal activities and for running the stores themselves without registration. More than 300 betting stores were closed across the country in 2017.