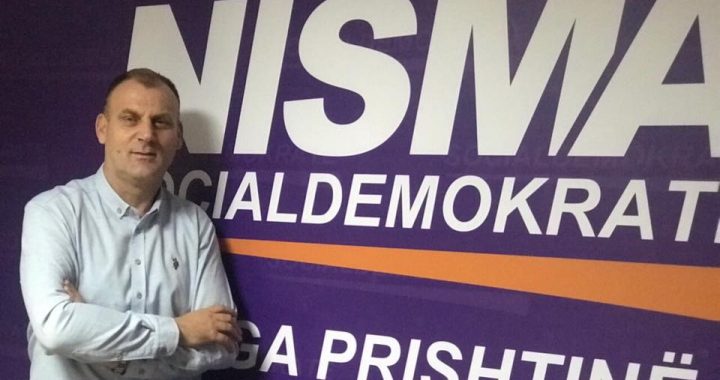 Amid numerous accusations of political interference in higher education from the NISMA party, the University of Prizren elected the brother of Fatmir Limaj, the head of the party, as an assistant economics professor last week.

Demir Limaj, brother of the leader of political party NISMA, Fatmir Limaj, was appointed as an assistant professor at the University of Prizren ‘Ukshin Hoti,’ UPZ, following a vote by the University’s senate last Friday.

His appointment comes at a time the university has been subject to criticism for its political ties.

Top-level positions at the institution have been directly or indirectly tied to NISMA, BIRN reports, while the Minister of Education, Science and Technology, Shyqyri Bytyqi, whose ministry oversees Kosovo’s universities, is also a member of NISMA.

According to Kosovo law, higher education institutions must be autonomous and not influenced by politics.

Limaj was promoted to the position of associate professor at the Faculty of Economics at UPZ. Prior to his promotion, he was already teaching classes, holding the title of contributing professor at the university.

On Friday, the UPZ Senate voted for Limaj over the seven other candidates competing for the position.

According to the university, the decision to appoint Limaj was unanimous. No complaints from the other candidates were reported in relation to his selection.

“After having went through all procedures as required by the competition, the statute, laws and by-law provisions, at the meeting held on July 5, 2019, upon the proposal of the Review Committee and the Studies Committee and with unanimous vote [18 votes] from the University Senate, Limaj was elected as an Assistant Professor of the Faculty of Economics,” reads a reply from UPZ to BIRN. “On the same day, five vacant academic staff positions were filled in this faculty.”

Currently, Limaj is also employed at Kosovo Telecom in their sales department, becoming a department director of marketing in 2009. On January 4 this year, he was promoted to director of sales. His brother, Fatmir Limaj, was Minister of Transport and Telecommunication (now called the Ministry of Infrastructure and Transport) from 2007 to 2010.

In a conversation with BIRN, Limaj said that he would seek legal advice as to whether he is entitled to hold these two positions simultaneously.

He said that, if the situation arises where he is not entitled to carry on with both, he will continue lecturing at the university and resign from Kosovo Telecom.

BIRN was able to obtain the Review Committee Report of the university, which concluded that Limaj holds the necessary academic credentials to be appointed to this position, and is deserving of the job.

The Review Committee justified its decision on several grounds, starting with Limaj’s PhD in Economic Sciences from the European University of Tirana. The Committee further noted Limaj’s teaching experience at the private college Fama, his engagement as a professor at the University of Prizren as well as his academic publications.

They also cited his experience in a managerial position at Kosovo Telecom, where Limaj is still presently employed.

UPZ explained to BIRN that no complaints were made by other candidates in relation to Limaj’s selection. However, the university refused to reveal the length of Limaj’s employment as a professor at the University of Prizren, saying only that he carries a “long experience” in teaching.

Suspicions of NISMA’s influence at UPZ

The University of Prizren has been implicated in various instances of political interference throughout its existence. The education institution was formed in 2010 through a governmental proposal which was pushed for by Hashim Thaci, Kosovo’s prime minister at the time as well as leader of PDK.

In 2014, Rame Vata, a former MP of PDK, was elected as the rector of the University of Prizren, resigning from his political party upon appointment. He also refused to become an MP in 2016, stating that he planned to continue his position as rector.

In 2013, PDK suffered a party split which led to the formation of ‘NISMA per Kosoven,’ or ‘Initiative for Kosovo,’ which later changed its name to ‘Nisma Socialdemokrate,’ or the Social Democratic Party NISMA.

Following the division of ministries between ruling coalition partners after the 2017 election, NISMA was given control of the Ministry of Education, formerly headed by PDK Minister Arsim Bajrami between 2014 and 2017. In the previous three governmental mandates, the education ministry was under the control of PDK.

The new Minister of Education, Shyqyri Bytyqi, appointed four members of UPZ’s board upon his appointment. Among them was Bedri Muhadri, the chairman of the university board, who openly confirmed that he is a member of NISMA.

In 2018, the university began proceedings to elect a new rector of the university, which became embroiled in allegations of misconduct and procedural violations. In this competition, former rector Rame Vata lost in the election to Ismet Temaj.

The choice to employ Temaj was made in the presence of four out of the seven members of the board. According to the University of Prizren’s statute, for a valid decision to be made by the board, a minimum of five members voting is required.The statute also states that for the election of the university’s rector, two thirds of the votes from all board members are needed.

According to the chairman of the board, two rounds of voting occurred during which some members stormed out, blocking the possibility of the vote meeting quorum.

Vata accused the board members of compromising the elections and challenged the matter in the Basic Court in Prizren in August 2018.

A court ruling in October said that the decision to elect Temaj should be suspended until a final decision on whether the elections were compromised was issued.

Following this decision, the board annulled the initial decision and called for new elections, allowing Temaj to take the position of acting rector until the final election.

This sparked controversy and protests from students of the University of Prizren in December, who demanded that politicians keep their hands off the institution. The Minister of Education, on the other hand, accused the protesting students of being in favor of Vata’s re-election rather than being against political interference.

Despite the controversy that surrounded his appointment, Temaj’s selection for rector was not condemned by the Ministry of Education at any point.

According to Temaj, he was formerly a member of the Democratic League of Kosovo, LDK, and denies having any links to NISMA.

In February, during his tenure as the acting rector of the University of Prizren, Temaj’s was the only of the seven universities in Kosovo not to demand the dismissal of NISMA’s Education Minister Bytyqi. He insisted that the minister’s dismissal was a “political issue” and that his university remains “unaffected by politics.”

On May 14, 2019, Temaj was elected once again as the rector of the university, with six votes in favor of his appointment from the board. Soon after Temaj’s election, Vata was selected as the head of PDK’s party branch in Malisheva.

A picture showing Demir Limaj beside Temaj was published the day that voting for the rector’s position took place.

Limaj confessed to attending a meeting with Temaj on the day of the election yet, according to him, nothing about the election process was discussed.