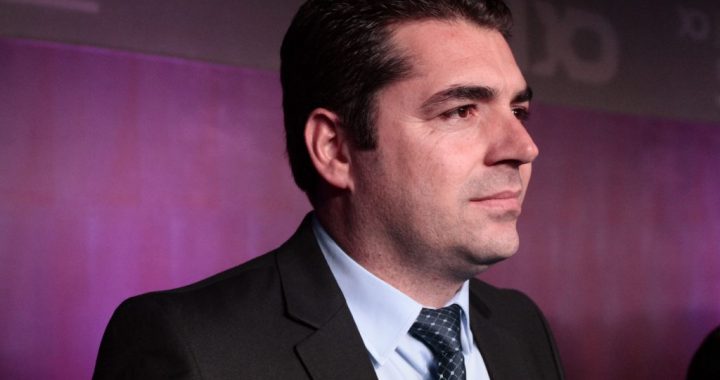 Former Minister of Trade suspended secretary soon before being dismissed

Secretary of the Kosovo Ministry of Trade and Industry Burim Rrecaj was suspended by minister Bajram Hasani after accusations of misuse of public office, days before he himself was dismissed.

Former Minister of Trade and Industry, Bajram Hasani, who was dismissed on Wednesday at the request of his party, NISMA, suspended the general secretary of the ministry, Burim Rrecaj, last Wednesday, after claims of interference with tender bids, among other accusations.

BIRN is in possession of Hasani’s decision to suspend Rrecaj, in which the length of Rrecaj’s suspension is not specified.

“[The suspension was] Due to the professional inability and bad administration that have resulted in systematic violations… also due to the direct involvement in grants and tender bids as well as exertion of pressure upon the commission on the case of the appointment of civil servants,” the decision reads.

Rrecaj was appointed as general secretary of the ministry by the Kosovo government, despite the fact that he had not fulfilled the minimum conditions to carry out the job, according to the evaluation by partners from the British embassy in Prishtina.

BIRN contacted Rrecaj, but he said that he was on vacation and he had not yet received any notice of his suspension.

His appointment as the head of civil servants of the ministry also caused reactions within the civil society.

“Burim Rrecaj, who was appointed by the government as general secretary [of the Ministry of Trade and Industry] was the fourth in the list points-wise. He managed to be included in the list of the three candidates that the Ministry of Public Administration had sent to the government only after one of the other candidates was was removed from the process in an unexplained manner,” the reaction read.

The appointment of Rrecaj as general secretary was part of the procurement processes which left the British embassy unsatisfied, who aids the government and the Kosovo Assembly in recruitment processes for high positions.

Hasani spoke publicly on Friday for the first time after being dismissed, saying that he “tried to avoid making compromise with evil.”

“Being minister in your own country is an honor and privilege… but not in the circumstances of Kosovo. The day that I entered politics and was appointed minister, I knew that it would be a tough journey. I pledged in front of my family and friends and the people of this country that I will not make compromise with evil,” he wrote on Facebook.

NISMA requested from Prime Minister of Kosovo Ramush Haradinaj to dismiss Hasani, without providing reason for their request.

Haradinaj conceded that some of the high positions that were appointed in partnership with the British embassy did not go the right way. Haradinaj pledged that he would try to appoint individuals on the basis of meritocracy.