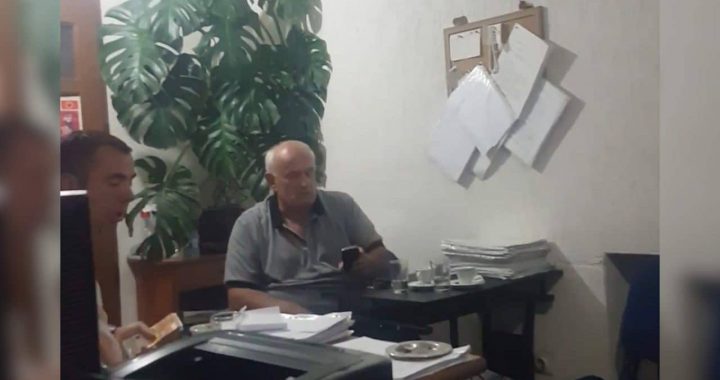 Hours after BIRN aired an investigation showing a friend of a prosecutor’s husband taking money to close a criminal investigation, the Kosovo Prosecution announced that the investigation into the case in question had been completed.

In a press release, the prosecution said it had been investigating the case since February 10 – and a verdict was now imminent.

“We have obtained enough evidence and will have a final decision soon against three persons concerning the criminal offence of exercise of influence,” it said.

On Wednesday, BIRN Kosovo aired its investigation on the local “Kallxo Pernime” show, in which Dardan Hoxha from Prizren admitted paying 5,000 euros to prosecutors to close a criminal investigation against him and his father.

In a video filmed by Hoxha himself, he can be seen giving money to Rizam Hoxha, a friend of the husband of the case prosecutor, Ervehe Gashi. Prosecutor Gashi has denied allegations of wrongdoing.

While the show was airing, the Minister of Justice, Albulena Haxhiu, went on to Facebook to express shock: “We have had an opportunity to openly and publicly see what is happening inside the justice system, where money is given to escape justice. For many other cases, we may not be aware!”

Haxhiu emphasized that “vetting in the justice system is the only key to restoring citizens’ trust in justice institutions”. She added: “We will start work very soon in this direction.”