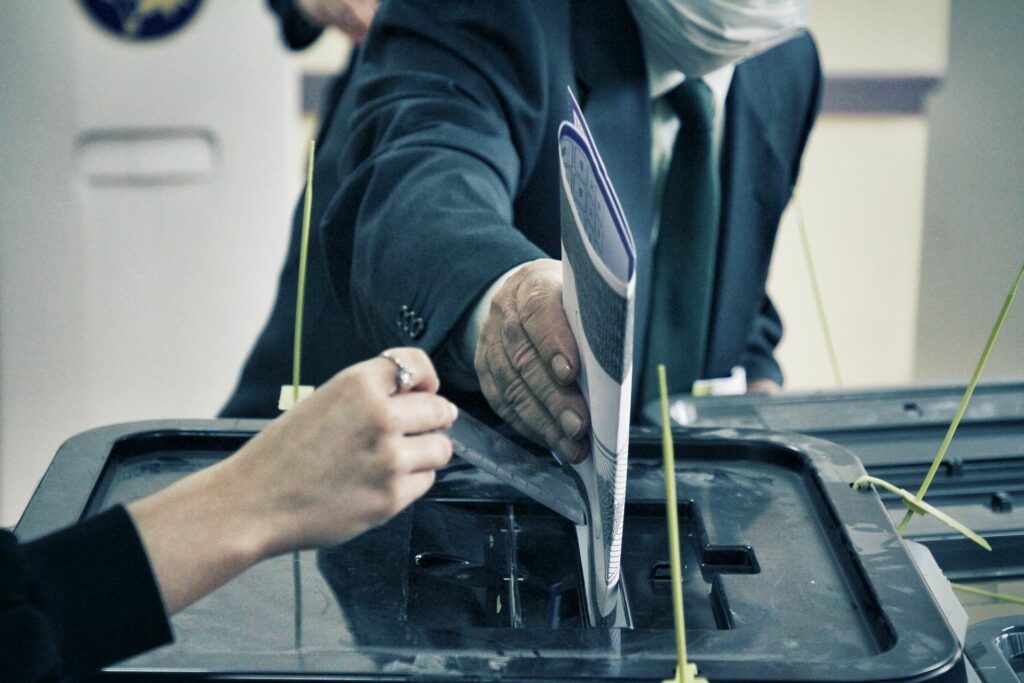 The ruling Vetevendosje party had a disappointing night on Sunday, as it became clear it had not won control of any of Kosovo's 38 municipalities in the first round.

In a blow after its meteoric rise eight months ago, Kosovo’s ruling Vetevendosje party will have to wait for the second round of local elections to see whether it has won control of any of the country’s 38 municipalities.

As the count in Sunday’s elections came to a close, Prime Minister Albin Kurti’s party had not won any municipality outright in the first round, and will go to a run-off in four of the seven big municipalities – the capital, Prishtine/Pristina, Prizren, Gjakove/Djakovica and Gjilan/Gnjilane.

In total, 21 out of 38 municipalities will hold a second round of voting to elect mayors.

A Vetevendosje MP, Fitore Pacolli, predicted more gains in round two and applauded the calm election, which ran smoothly and saw only minor incidents reported during the day.

“We have shown that we are an example for the entire region in our ability to organise elections without incidents and deviations from citizens’ will,” Pacolli said.

“We will win everywhere we are in the runoff. Compared to the last municipal elections in 2017, when our party came third, we are now the most voted one,” she added.

Vetevendosje [Self-Determination] was in opposition when it scored a landslide win in legislative elections earlier this year, becoming the first party since Kosovo broke away from Serbia in 1999 to win more than half of all the votes cast.

“Today, citizens showed their great dissatisfaction with the work of Albin Kurti’s government in the first eight months of its existence. For us, a new beginning is starting by unifying with citizens to stop the degradation of governing values in Kosovo,” PDK head Memli Krasniqi said.

The Democratic League of Kosovo, LDK, meanwhile declared victory in Peje/Pec and Lipjan/Ljipljane and will contest a runoff in some other municipalities.

“We see this as the day of our great comeback, which we announced a long time ago. This comeback is an achievement for each of us but above all it is a responsibility, which we have to exercise with full of care,” Lumir Abdixhiku, the LDK head, said on Sunday.

The Alliance for the Future of Kosovo, AAK, won in Suhareke/Suva Reka and Decan/Decani and will go to a second round in Gjakove/Dakovica, Rahovec/Orahovac and Junik.

As expected, the Belgrade-backed Kosovo Serb party Srpska Lista won nine out of ten majority-Serb municipalities. The head of the Serbian government’s Office for Kosovo, Petar Petkovic, told the media on Monday that there was “a high turnout“ in the Serb-majority municipalities and a higher one than in the local elections four years ago.

“The Serbian people in Kosovo and Metohija, regardless of south or north of the Ibar, trust the state of Serbia and President Aleksandar Vučić,“ he said, referencing the dividing line between the majority-Serb far north of Kosovo and the rest of the country.

Petkovic confirmed that if a the promised autonomous Association of Serbian Communities is not formed, the party will quit institutions in Kosovo.

Srpska Lista president Goran Rakic said on Sunday that, “we are fighting for the Association of Serb Majority Municipalities“, adding: “If there is no Association, there will be no Kosovo institutions.“