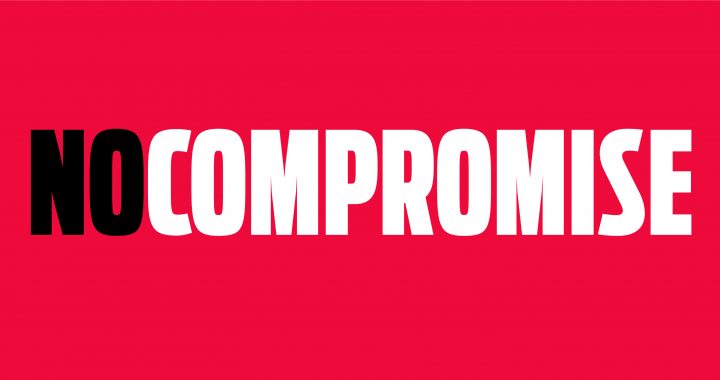 Kosovo should rule out any further compromise

The new watchword being touted in the dialogue is ‘compromise’, but after years of imbalance and concessions it is one Kosovo would be well advised to resist.

In recent days, a familiar theme has been emphasised by leading western political figures: In order to achieve a comprehensive normalisation agreement in the dialogue with Serbia, Kosovo will need to “compromise.”

In a letter to President Osmani sent on April 19, US President Joe Biden noted that reaching an agreement with Serbia “will require flexibility and difficult compromises.” On April 22, during a visit to Kosovo, German Foreign Minister Heiko Maas likewise noted that “it is normal that there should be compromises in a normalisation dialogue.”

Serbia has unsurprisingly embraced the idea of compromise, with President Aleksandar Vucic stating that he is ready to reach “a compromise solution” after meeting Maas in Belgrade on Friday.

This pressure on Kosovo to make compromises has been a prominent feature of international diplomatic engagement with the Kosovo-Serbia issue in recent years. It is illustrative of a new disposition and agenda which has ominous implications for Kosovo.

Of late, the Western world’s aims for the dialogue have been less focused on consolidating Kosovo’s statehood and more on enabling Serbia’s accession to the EU. This is itself one part of a broader strategy: to consolidate Serbia within the West’s sphere of influence and in so doing limit Russia’s influence in the Balkans.

Facilitating Serbia’s accession requires navigating several hurdles – including enlargement fatigue within the EU itself – and in particular dealing with the thorny issue of Kosovo’s status. The EU does not want to absorb a new member with a potentially destabilising internal border dispute, and Kosovo has thus become a “problem” that needs to be resolved, rather than a state that needs to be recognised.

Western support for Kosovo was once seemingly steadfast. Between 1999 and 2009 Kosovo’s Western allies championed its cause internationally and strove to ensure it was recognised as an independent state.

But it was not a coincidence that this period of sustained support for Kosovo corresponded directly with the zenith of Western power globally. As the combined effects of the global financial crisis and the fallout from the disastrous interventions in Afghanistan and Iraq degraded Western power, support for Kosovo declined as its importance to the West began to wane.

With the “emerging powers” eager to capitalise on the West’s decline, Western policymakers were forced to reappraise their foreign policy priorities, particularly in key flashpoint regions such as the Balkans. Fearing a resurgent Russia looking to strengthen its influence in the region, the West’s priority came to be ensuring that Serbia, rather than Kosovo, was the focus of support.

Prior to this, having intervened in Kosovo to halt Serbian oppression in 1999, Western powers also actively encouraged Kosovo to secede from Serbia in 2008.

Kosovo’s declaration of independence originated in the Ahtisaari Plan, which, while failing to receive UN-backing, was firmly supported by the EU parliament, the United States and other leading Western powers. The Plan is in itself a compromise, one which the US described as “fair and balanced.”

The first article of Kosovo’s constitution, itself derived from the Ahtisaari Plan, declares that the state shall seek no union with any other, while the rights guaranteed to ethnic non-majority communities far outweigh those in the majority of EU member states.

However, by the time the Belgrade-Prishtina dialogue began just a few years later, a new phase in international relations had commenced, one in which Kosovo’s interests were deemed secondary to those of Serbia.

An assessment of the relative gains made by each party to the talks to date shows that Serbia has clearly benefited much more than Kosovo.

In their desperate scramble to keep Serbia away from Russia, the EU – as well as the US – have significantly softened their approach to Belgrade, turning a blind eye to Vucic’s increasingly authoritarian rule and attacks on media freedom.

Not only has Serbia’s refusal to recognise Kosovo been accommodated, its demands that the talks are framed in a particular way so that they cannot be perceived as inter-state in nature have been granted, hence the “Belgrade-Prishtina” rather than Serbia-Kosovo epithet, and the continued use of the famous asterisk.

Additionally, without incurring any meaningful censure, Serbia has pursued an aggressive campaign internationally to persuade states to “de-recognise” Kosovo and prevent it from joining international organisations such as Interpol and UNESCO, and even the Eurovision Song Contest.

The new determination to seduce Belgrade has seen the shameful relegation of the issues of missing persons, reparations and justice for war crimes committed in Kosovo to the periphery of the Dialogue’s agenda.

Evidently emboldened by the support now lavished upon them, senior members of the Serbian government have felt increasingly comfortable in publicly whitewashing Milosevic’s oppression in Kosovo; Vucic has indicatively denied the massacre at Racak and lauded Milosevic as “a great Serbian leader who undoubtedly had the best intentions.”

As Serbia has made these gains, Kosovo has received little in return. Its hopes of joining the EU remain extremely slim; Kosovo’s citizens still do not even enjoy visa-free travel.

Yet, successive governments in Kosovo have responded to the remarkably preferential treatment afforded to Serbia with unedifying compliance. This sycophantic, fawning approach was perhaps most vividly epitomised by the spectacle of former Prime Minister Hoti smiling politely as he was bullied into agreeing to a series of humiliating and/or meaningless commitments by Trump and Grenell at the White House in September last year.

The new Vetevendosje-led government, however, is committed to a different approach. A government spokesperson recently criticised the readiness of previous governments to compromise, and stated its determination to uphold Kosovo’s sovereignty during the Dialogue.

This more robust stance may make achieving a deal with Serbia more complicated and will certainly disappoint those who hoped that Kosovo would continue to roll over when ordered to do so.

Yet, the mediators who solemnly call for compromise and venerate achieving a deal appear to have forgotten that Kosovo’s government is mandated to prioritise the welfare of its own people. While many previous governments in Kosovo lost sight of this responsibility – appearing instead to view the trappings of power as a means to enrich themselves – Vetevendosje has consistently committed itself to a different approach both domestically and internationally.

Those who count themselves as Kosovo’s allies should welcome this change in direction. By definition, achieving a deal with Serbia is not in itself inherently positive for the people of Kosovo if in so doing Kosovo degrades itself.

If Kosovo is to be recognised as a state and admitted to international organisations, it cannot hope to do so by repeatedly compromising its sovereignty and allowing nationalists in Serbia to create a new narrative which obscures the criminality perpetrated in Kosovo by Milosevic’s forces.

Finally, those who continue to urge Kosovo to make concessions should remember that it is fundamentally short-sighted to assume that the people of Kosovo will stoically continue to endure humiliation and injustice.

Vetevendosje’s landslide victory in the recent elections is itself evidence that the people of Kosovo have had enough. A refusal on the part of the EU to recognise the government’s huge mandate – and the inherent justness of the people’s calls for recognition, reparation and justice – risks stoking widespread societal anger and instability.

As such, the idea that Kosovo can be persuaded to compromise on virtually everything so that Serbia can join the EU is a fundamentally untenable and ultimately dangerous approach.

Dr. Aidan Hehir is a Reader (Associate Professor) in international relations at the University of Westminster (UK). He teaches at the RIT Kosovo Summer School, and his research interests include statebuilding, transitional justice, and the laws governing the use of force.