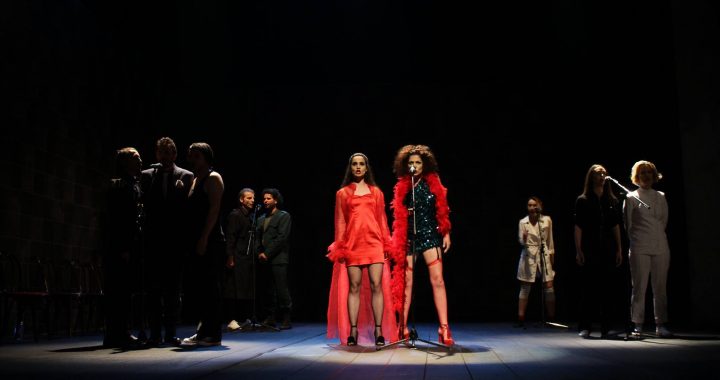 KLA veterans made death threats against playwright Jeton Neziraj and promised to block his play “Bordel Balkan,” set to premiere tonight in Prishtina.

A group of unidentified individuals visited the National Theatre, demanding that the play not be staged since they believe the play defames the KLA.

“A group of them, about eight or nine, came to the National Theatre and made it clear through threats and insults that they will block the premiere. They made death threats, among other things,” he said.

Written by Neziraj, “Bordel Balkan” is directed by Andras Urban and will premiere tonight in Prishtina at 8 pm.

In a press release, the WVO affirmed that they will block the play.

“The WVO reacts against the ‘Bordel Balkan’ play by author Jeton Neziraj and a Serb director,” the press release states.

“This reaction comes as a result of information that we have that the play denigrates the war of the KLA and our national values are bastardized, and we met with the author of the so-called play and he refused to show us the script,” the reaction continues.

Neziraj called on people to attend the play to protect free speech.

“I would like to invite the public to come to the premiere and support the play – this should be a battle that concerns all of us, a battle of the people who want freedom of creativity, freedom of speech to be above threats and blackmail and calls for killing,” Neziraj said.

Florie Ahmeti, spokesperson of the Prishtina Regional Police, said that that the case has been reported to the police.

“The injured party came to the police station and reported the case. We need to wait for the interview and the recommendation from the prosecutor,” Ahmeti said.

The WVO called upon people to boycott the play.

“We call upon the public to not go to this play which makes fun of our national values. We as KLA will block it tomorrow,” the reaction further says.

Neziraj said that the reaction is unreasonable, especially since the WVO has not seen the play.

“This premature reaction implies that they are manipulated by someone who wants to create a unrepairable scandal around this play and return this country to darkness where, among other things, aesthetic values and standards of theater are designated by unprofessionals,” Neziraj said.