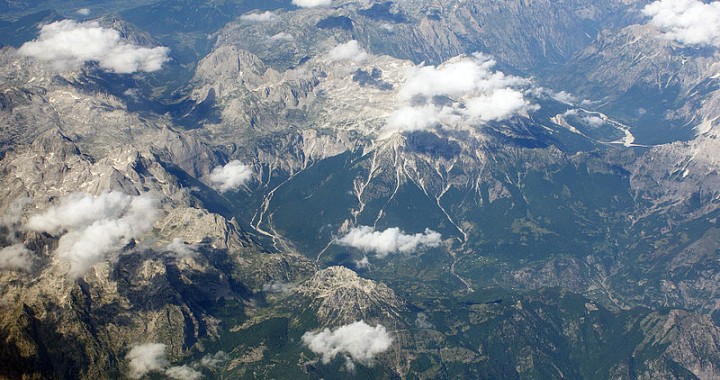 If the current Demarcation Agreement with Montenegro is ratified without being based on principles of international law, then Serbia must be behind it.

On April 25, 2016, professor and former head of the Constitutional Court Enver Hasani published a research paper entitled “The demarcation of Kosovo’s borders is mostly an issue of international law.” Hasani, who is currently on trial for abuse of office and falsifying documents, presented a surprising paper which has went mostly unnoticed by the general public.

In his paper, presented at a seminar called “Borders and international law: Disputes and recognition” organized by the Faculty of Law at the University of Prishtina, he tackled the problem of the border demarcation between Kosovo and Montenegro from the perspective of international law. Although it offered an entirely different discourse and raised new important issues regarding the topic, it did not receive any attention from the media – perhaps because it was a long and complex paper.

Considering that it is crucial that this issue is debated publicly, I will attempt to present the ideas and arguments of Hasani’s research paper using simpler language, naturally without claiming authorship over the arguments.

Therefore, logically, every international agreement or obligation needs to be based on international principles, norms and laws, and not local “legal documents and sources.”

Unfortunately, with regards the Agreement for the Border Demarcation between Kosovo and Montenegro, the state committees, government bodies, experts and even the public discourse is focused only on geographic, topographic, cartographic, geodesic and cadastral (etc.) aspects and have completely ignored principles and norms of international law, which in fact should constitute the foundation of the border demarcation between the two countries. Thus, the existing agreement for the border demarcation results as unacceptable both as a form and procedure, but also as a substance and a result.

That international law should (and has to) shape the foundation for determining the border demarcation between Kosovo and Montenegro is proven by two powerful arguments, presented below.

Laws, norms and principles of international law that have to do with border demarcations between counties exist precisely to ensure an accurate and fair process so that neither party is negatively affected, intentionally or inadvertently. This is why international arbitration and courts exist in the first place.

Multiple precedents in international law exist, for which the starting point for demarcation is always the inherited administrative borders of a country at the time of the declaration of independence and their transformation to national borders (the uti possidetis juris rule), combined with other criteria that enable the implementation international law with fairness and honesty (the equity rule), always taking into consideration land configuration, the interests of the local population, the economic interests of the region as a whole, the status of possesing (bona fide or mala fide) in the past without the definitive determination of the administrative borders as national borders, and other contextual considerations.

In the case of Kosovo and Montenegro, these principles, norms, rules, laws and precedents (of international arbitration and courts) have been completely disregarded, seeing how almost everything is based on local legal documents (predominantly cadastral) and flawed local expertise (mainly that of geographers, topographers and surveyors), which in no way guarantees an accurate and fair border demarcation between Kosovo and Montenegro.

If Kosovo ratifies the existing Agreement for the Border Demarcation with Montenegro, which is not based on norms, rules, laws and precedents of international law that guarantee an accurate and fair demarcation, it will be the first ex-Yugoslav country that exclusively uses cadastral data as the only basis for demarcation (and not delimitation).

Through this, Kosovo would create a precedent that would obligate the country to use the same method for the border demarcation with Serbia (since Serbia itself will insist on it). This is extremely dangerous for Kosovo because Kosovar authorities (the now independent state of Kosovo) did not have control over cadastral books from 1989 until February 17, 2008 (when Kosovo declared independence).

Furthermore, almost every cadastral book of Kosovo’s territory (certainly not unintentionally) was taken by Serbia towards the end of the Kosovo war in 1999, and for years to come Kosovo did not have access to these documents. Even today, many cadastral books are not available to Kosovo because they are in Serbia. Simply put, the territory of the state of Kosovo in the original cadastral books is exactly how Serbia determined it, completely outside the control, access and awareness of Kosovo institutions. When this is coupled with the fact that Serbia has territorial claims and is hostile towards Kosovo, then we can imagine how much territory Kosovo would lose in the demarcation of the border with Serbia, which spans hundreds of kilometres.

According to my personal judgment, if it is insisted that the current Agreement for the Border Demarcation between Kosovo and Montenegro is ratified and come into force the way it currently is, then Serbia must be behind this.

In conclusion, Kosovo’s state institutions in cooperation and agreement with Montenegro’s state institutions and mediated by the United States of America and European Union need to agree on cancelling the existing deal for the Border Demarcation between Kosovo and Montenegro and agree that the demarcation should be done through an international arbitration in full compliance with the principles, norms and rules of international law, in order to ensure an accurate and fair border demarcation between Kosovo and Montenegro.

It would subsequently protect us from a dangerous precedent, which would result in Kosovo losing swathes of territory during the demarcation of the border with Serbia. In other words, Kosovo needs to protect its territory based on international law.