Life in Drenica is not like in the jokes

Despite Drenica’s reputation for receiving specialist treatment due to it being the birthplace of several of Kosovo’s leaders over the past decade, many of its residents still live in difficult conditions and look to emigration to escape poverty and unemployment.

“You know that in Drenica, the asphalt goes right to your door?”

People from Drenica are used to the jokes. Most of them revolve around the word ‘asphalt,’ a reference to the development priorities of the Democratic Party of Kosovo, PDK, whose roots are in the region and have formed a key part of every government since 2007.

“Did you know that in Drenica the hens wear diapers so the eggs don’t crack on the asphalt?”

The construction of roads and highways has been the biggest capital investment in post-independence Kosovo, often pushed by ministries controlled by PDK. According to data from the Kosovo Agency of Statistics, ASK, of the 2,070 kilometers of roads in Kosovo, only 90 kilometers or 4.6 per cent have not been covered with asphalt.

However, what the jokes fail to reveal is that the region of Drenica, which lies only 50 kilometers away from the capital, Prishtina, was one of the areas that was most damaged during the Kosovo war in 1999.

It was a stronghold of the Kosovo Liberation Army, KLA, and was the first place the militia appeared publicly. Conflict between the KLA and Yugoslav military, police and paramilitary forces left a deep scar on the region, both in terms of infrastructure and human losses, with massacres occurring in many villages, including Likoshan, Qirez, Abri, Poklek, Izbice, and Rezalle.

The stereotypes about the region do not even provide an accurate reflection of Drenica today. Despite the fact that central institutions have been led by figures from the region over the last decade, many residents still do not have access to basic amenities. Even some of the roads remain unpaved. 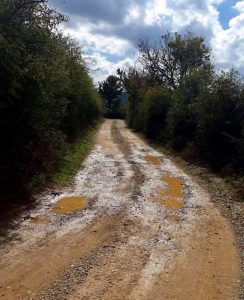 Faik Caraku from the village of Dobroshevc near Drenas explains the reality in his corner of Drenica. “The roads in our neighborhood are all mud, we lack basic infrastructure,” he told Prishtina Insight. “It’s hard sometimes to even drive on, especially during the winter.”

The lack of infrastructure goes beyond asphalt. More than 20 villages surrounding the region’s biggest town, Skenderaj, lack clean drinking water, including Terstenik, Likoshan, Dobroshec, Poklek, Nekoc, and Kizhnareke, among many others.

In Buroja, the village where Kosovo’s current president and prime minister from 2007-14, Hashim Thaci, was born, a lack of basic needs including running drinking water and unreliable energy supply continues to be worrisome for local residents. Thaci currently lives in Prishtina.

A resident of Buroja, Shaqir Duraku, states that people often have misconceptions about the village. “All we have is this asphalt and nothing else, although people think that this is the village of the Kosovo president and there are no problems here,” he said. 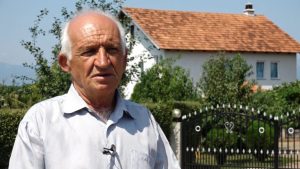 Duraku also complains about the problems the villagers face with their electricity supply, the responsibility for which lies with the Kosovo Energy Distribution Service, KEDS, which was privatized in 2011 when Thaci was Kosovo’s prime minister.

According to the 2017 Household Budget Survey conducted by the World Bank and the Kosovo Agency of Statistics, it is estimated that 17.6 per cent of the population in Kosovo live in absolute poverty, surviving on less than 1.82 euros for an adult individual per day.

It is a phenomenon that is visible in Drenica. The region’s two municipalities, Drenas and Skenderaj, have a disproportionately large number of families receiving social welfare in comparison with other regions of Kosovo.

According to data obtained by BIRN from the Ministry of Labour and Social Welfare, in August 2019, 1,899 families in Drenas and Skenderaj received social assistance out of a combined population of nearly 110,000 people.

By contrast, Peja, a municipality with a similar population of around 96,000 people, has far fewer families receiving social assistance, with the figure standing at 1,018.

Xhevdet Sahiti from Lower Kopiliq near Drenas is one of those receiving social welfare. Sahiti told Prishtina Insight about the difficulties his family of four faces due to health issues.

“I live with my wife and two daughters on only 107 euros per month,” he said. “If it wasn’t for other people helping me, like during Eid for example, it would be difficult to live. My house was built from the aid that people donated eight or nine years ago. My health is really bad and life is difficult like this.” 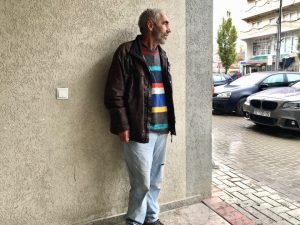 Sahiti is among the 5.3 per cent of the population living in the extreme poverty bracket in Kosovo, living off less than 1.30 euros per day.

In the midst of poverty, the lack of a dignified life and with limited access to basic rights and needs, residents of Drenica are amongst the nearly 170,000 people who have left Kosovo over the last five years.

Most look to build a life in western Europe. In 2018 alone the German embassy issued 13,000 visas for Kosovar students and those going to work in Germany.

Mehmet Gucati from Drenas is hoping to join the statistics for 2019. Two months ago, he handed his documents to the German embassy in Prishtina. Gucati has been working in the construction sector, but poor working conditions made him change his mind and envision a new life far from Drenica, in Germany.

Currently, more than 3,000 people have registered themselves as unemployed in Drenas.

“There is no employment and no way to live with dignity in Kosovo,” Gucati told Prishtina Insight. “Until now I somehow resisted, but I cannot live without security at work and do a job that leaves you penniless.”