Local elections: Much ado and expenses about nothing

The issue of limited municipal powers to address major issues will not be mentioned during the local election campaigns, nor will the the problem of bloated assemblies and misused budgets.

Today is the kick off of the election campaign for mayors in 38 municipalities and 1,002 representatives in municipal assemblies. A total of 204 candidates have entered the race for mayor. The party with the highest number of mayoral candidates is the Democratic Party of Kosovo, PDK, with candidates in 30 municipalities. 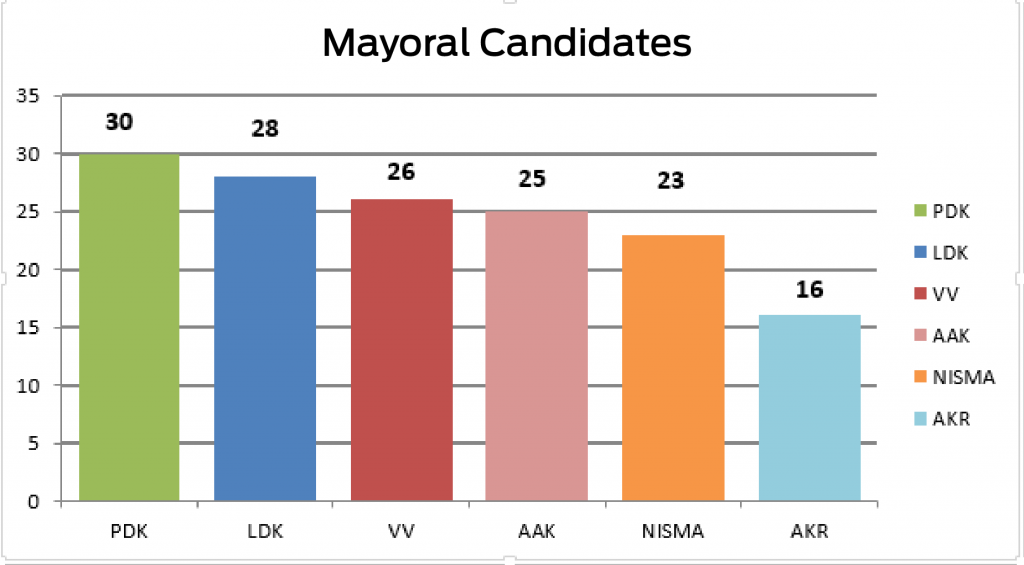 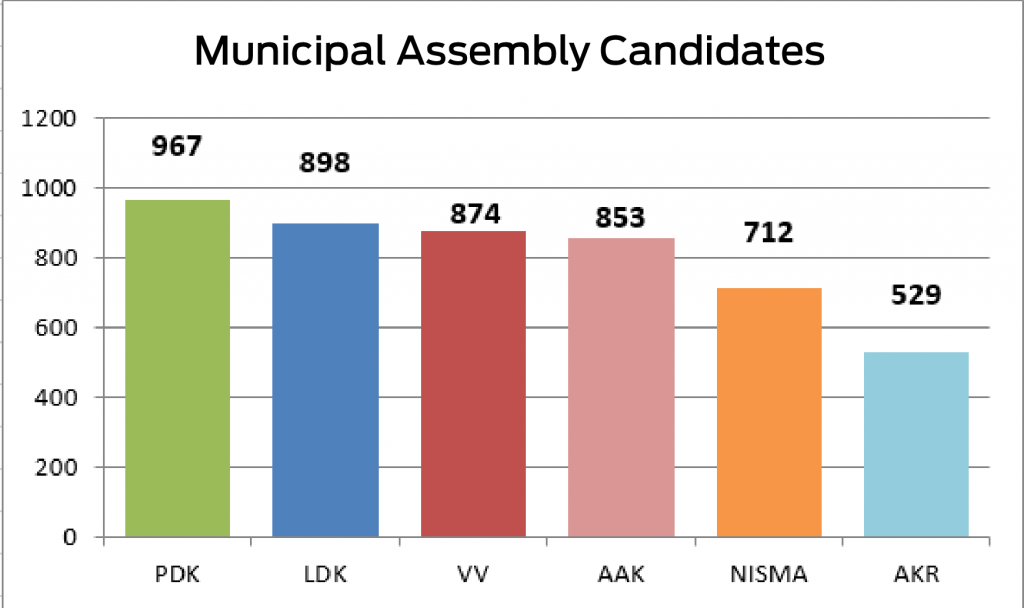 But this entire local electoral race, which will cost the state budget approximately five million euros, is being done for the sake of power that is more in line with a framework of administration rather than an authority that would allow for radical changes. The legal framework defining the work of municipalities does not differentiate between big and small municipalities. The power that the Ferizaj Municipality wields is equivalent to the one of the Junik Municipality. The director of the urbanism department in Prishtina, dealing with thousands of constructions a year, gets the same salary as the director of urbanism department in Mamusha.

For ten years now, Prishtina’s municipal government has complained of obstacles faced from the central government. The central government chose to sideline the constitution, which foresees the approval of a specific law for the capital, rather than grant additional powers to the Prishtina Municipality. Despite their great promises of change, faced with a limited power, mayors are concluding one more term without any significant impact on their citizens’ lives.

Every idea that a mayor has which steps outside of the ‘business as usual’ box leads to a long-term confrontation between the local and central government. Mitrovica Mayor Agim Bahtiri learned this lesson too late when he was faced with many obstacles for the construction of a mushroom factory — one of his greatest election promises — because of the procedures required for granting municipal property for use. Similarly, Prishtina Mayor Shpend Ahmeti learned the same lesson when he bought the new busses for ‘Trafiku Urban.’

According to UNDP research, three of the greatest problems that all of the municipalities are faced with are unemployment, insufficient economic growth, and poverty — all problems that municipalities have no power to solve. Beside these three problems faced by the citizens of all municipalities, the Obilic Municipality is additionally faced with the problem of pollution from the power plant — a problem it has no authority to solve since it too falls under the jurisdiction of the Ministry of Environment and Spatial Planning.

The Drenas Municipality is also faced with environmental pollution from the activities of the Ferronikeli factory, and for many years now has been unsuccessful in compelling the factory owners to install filters against air pollution. For many years the Municipality of Fushe Kosove has faced frequent traffic accidents, where several people have lost their lives trying to cross the highway which cuts the city in two. But the municipality is powerless when it comes to increasing road safety, because this too is under the management of the Ministry of Infrastructure.

… but with an unlimited power for budgetary misuse

This issue of limited municipal powers will not be mentioned at all during the campaigns of all those 7,000 candidates running for mayors and municipal assemblies. Almost all of them will promise solutions to all problems, from unemployment and visa liberalization all the way to extermination of ticks.

According to a budget analysis by the GAP Institute, in at least seven municipalities the 2016 budget dedicated specifically to culture was 100 per cent intended for administrative expenses — salaries for officials in charge of culture and other office expenses — and not even one cent was dedicated to subsidizing cultural activities. The same situation occurred with the sports budget; the majority of the budget was spent on administrative costs rather than supporting actual sports activities.

Although internet access and the use of applications for free communication (Viber, Whatsapp etc.) has significantly reduced telecommunication costs for all of Kosovo’s citizens and businesses–thereby also decreasing the earnings of mobile phone operators–this was not reflected in a decrease of municipal spending. The Kamenica Municipality spent 6,567 euros more for mobile phones in 2016 than in 2010. The Klina Municipality spent more on mobile phones in 2016 than in the two years prior. Many of the other municipalities follow a similar trend.

Revenues of the small municipalities, such as those in rural zones, are smaller than yearly expenses for the salaries of some of the political staff that work for the municipality. For example, in the Partesh Municipality the 2017 projections for yearly expenses from property taxes are 11 thousand euros, whereas the mayor’s salary is around 14 thousand euros. 2017 Capital expenditure for ten municipalities, or 26 per cent of the municipalities, is around five million euros, or the same amount that Kosovo lost just from the arbitration process from the passports tender.

But, despite all these facts, the politicians keep promising the creation of even more municipalities, which would use up even more of the budget for administrative work. By 2013, about 11 different localities in Kosovo submitted official requests to be transformed into municipalities. During the election campaign four years ago, then prime minister Hashim Thaci promised the establishment of many new municipalities, so much so that he decided to create  two new municipalities in the Has region (they still haven’t been established).

In order for the municipalities to change into governmental units that serve the citizens more than they serve the interests of politicians, a radical change is necessary in the territorial organization and the legal basis that determines municipal powers.

Rather than form new municipalities, getting rid of some of the existing municipalities is necessary in order to create more centralized units of local governance in regards to power, but with an increased decentralization of services. There is no need to create new municipalities that would issue birth certificates to its citizens. This kind of a service can now be done through an automated kiosk, as Prishtina and several others have already began doing. A municipality that spends more on official dinners for politicians rather than on medical centers is in no way justified.

The work of the Prishtina Municipal Assembly would not suffer one bit if this representative body would have, say, 31 members rather than the 51 it currently has. The work of the Prizren Municipal Assembly would not suffer at all if the number of seats would be reduced to 21 from the current 41. Furthermore, according to KDI monitoring reports regarding the municipal assemblies in the Prizren region, over half of the assembly members do not participate in discussions, do not raise issues to be discusses, and do not contribute with proposed amendments to legislation.

The Kosovo Government — as it is foreseen by the Strategy for local self-governance — should begin differentiating between the municipalities: municipalities that prove their abilities for additional powers should gain those powers, whereas municipalities that fail to perform even those few powers they have, should lose them.

Otherwise, the municipalities serve only as structures for the employment of party militants — governmental units that give power to mayors just so they could misuse the budget and serve their egos.