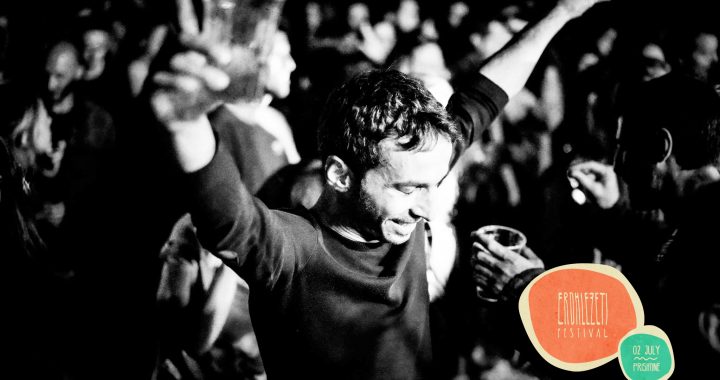 Local and international artists to meet at Erdhlezeti

On the eve of this year’s festival season in Kosovo, Prishtina will host Erdhlezeti, a block party that welcomes a variety of musicians of different genres and provenance.

For the third year in a row, Sunday’s festival will be organized in the form of a block party in the space in front of Dit’ e Nat’, a bookstore-café in the center of Prishtina.

“[We] used Ederlezi, the Roma name for Saint George’s day, which is familiar to all people in the Balkans and signifies the coming of summer, as a basis for the name of the festival. Erdhlezeti in Albanian means ‘the joy has come,’” Salihu said.

This year, the line-up includes the Shpat Deda band, a musical group comprising multiple Kosovar musicians, including Shpat Deda, a singer-songwriter hailing from Prishtina, whose focus is mellow rock and folk rock.

The festival will also welcome Sazet e Permetit, a traditional music ensemble from Albania who play the kaba, a clarinet-based, sedate musical style from the south of the country, and are among the only bands who carry on the musical legacy of the late Laver Bariu, a widely esteemed musician from Permet.

The stage will also be graced by Demir Kanturovski and Uska Kan Orchestra, a nine-piece band from Macedonia who perform Roma folk music with a twist of jazz and pop.

Lastly, Kaira Kela, a band based in Croatia whose members come from Senegal, Kosovo, Croatia and Israel, will enchant the festival-goers with Afrobeat tunes and dancey African rhythms.

The festival is organized by Dit’ e Nat’ and NGO GAIA, and tickets are available for 3 euros at Dit’ e Nat’, Miqt Pub, Taverna Tirona, Bon Vivant, and Guest. In Tirana, they can be found at Destil and Nouvelle Vague.

The party will begin on Sunday at 2pm. Visit the event’s Facebook page for more information.