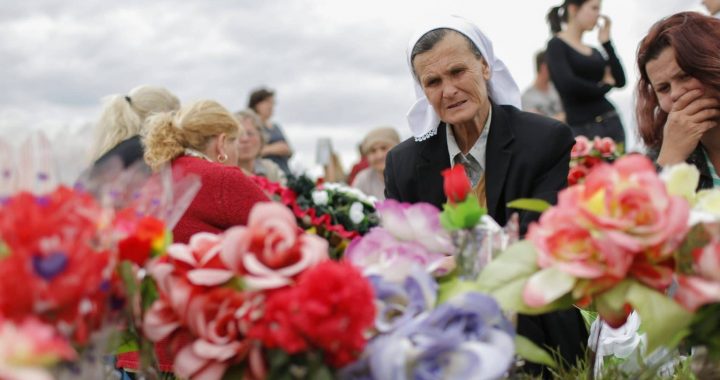 The Mothers’ Call NGO, which works with families of missing persons from the 1998-99 war, wants to become part of Kosovo’s delegation to negotiations with Serbia, stating that authorities have failed to deal with the issue.

Nesrete Kumnova, head of the Mothers’ Call NGO, said on Wednesday that families of missing persons are upset that the Kosovo authorities have not prioritised the issue of missing persons issue at the ongoing EU-mediated talks with Serbia. She added that she wants to become part of Kosovo’s delegation.

“We insist on being part of the delegation in Brussels,” Kumnova, whose son was among those who disappeared during the Kosovo war, told BIRN.

“We are definitely disappointed because this issue, the clarification of the fate of missing persons, of our people who were kidnapped in their own homes and in the streets, must be a priority,” she said.

Over 1,600 people, mainly ethnic Albanians but also some Serbs, are still listed as missing from the Kosovo war.

Kumnova accused the Kosovo authorities of not taking the issue seriously enough. “We have been on the streets for 21 years, righteously looking for our relatives, and our institutions have not done anything about it, they have just spoken to the media for the sake of it and then forgotten the issue,” she claimed.

Senior officials from Serbia and Kosovo declared in July in Brussels that they were ready to help the other to find the remains of people who went missing in the 1998-99 war.

In September, EU Special Representative Miroslav Lajcak stated that the two parties achieved “full progress” in discussions on missing and displaced persons, but no information as to the nature of these discussions has been made public.

BIRN contacted Kosovo’s coordinator for the Brussels dialogue, Skender Hyseni, but he ended the call upon hearing that the question was about discussions on missing persons in the dialogue.

Serbia and Kosovo also signed separate agreements with the US last month that committed them, amongst other things, “to expedite efforts to locate and identify the remains of missing persons”.

However, two weeks after both countries signed the agreements at the White House in the presence of US President Donald Trump, neither of them raised the issue at expert-level talks in Brussels.

Meanwhile Serbian Foreign Minister Ivica Dacic became the focus of Kosovo Albanians’ resentment over the issue in late September when he appeared to criticise Serbs who help investigators find the locations of concealed 1990s war graves.

“What are we going to do with Serbs who snitch to the Albanians and Croats, tell them some nonsense, showing them where Albanians are buried all over Serbia,” Dacic told Serbia’s Happy TV.

In July, Kosovo and Serbia also asked each other to open up classified wartime archives to help reveal the locations of mass graves.