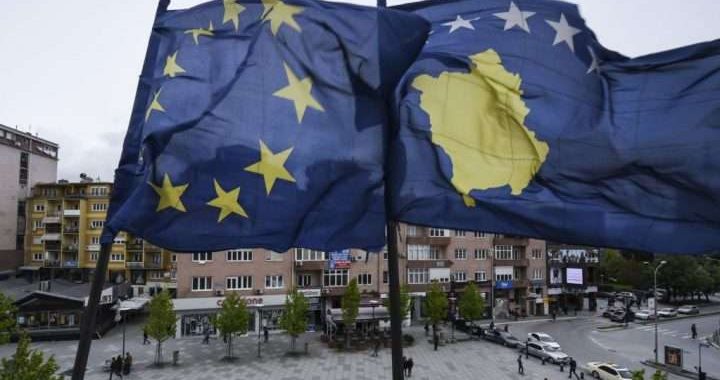 EU Commission: ‘Corruption is widespread and remains an issue of serious concern’

The European Commission’s 2020 Report on Kosovo stresses that political instability has held back implementation of European reforms, while highlighting the need to fight high level corruption.

The 2020 European Commission report on Kosovo, published alongside six other Western Balkan states on Tuesday, cites political instability and the coronavirus crisis as the main obstacles that have hampered Kosovo’s performance in implementing the EU reform agenda.

“Due to this volatile political context and the necessary focus on the pandemic response, there was overall limited progress on EU-related reforms in Kosovo,” the 2020 report reads.

The EC also highlights that progress in the fight against corruption remains low. “Kosovo has made limited progress in this area, including on the investigation and prosecution of high level cases,” it states.

The report criticizes Kosovo institutions for failing to build capacities in the prosecution to combat corruption, as well as to provide a “robust criminal response to high-level corruption.” It adds that “corruption is widespread and remains an issue of serious concern.”

In a press conference with the EU Ambassador to Kosovo Tomas Szunyog, Prime Minister Avdullah Hoti stated that the EC report correctly states that Kosovo has met all the benchmarks required for visa liberalisation in 2018. “What we are doing as a government is ensuring that these conditions remain fulfilled,” Hoti added.

As well as confirming that Kosovo met the benchmarks in its visa liberalisation roadmap, the EC report highlights that, as of July 2020, there are 66 cases identified to continue to track Kosovo’s record on high level corruption and organised crime.

“There have been 56 indictments so far, of which 36 cases concern corruption and 20 cases concern organised crime,” the report states. “13 cases had a final verdict, out of which 8 ended with a (partially) guilty verdict, leading to 15 individuals being convicted of corruption-related offences.”

The EC also urges for a ‘legal binding agreement’ sealed under the EU mediation between Kosovo and Serbia.

“Kosovo needs to make further substantial efforts and contribute to reaching a comprehensive legally-binding agreement with Serbia,” the report states. “Such an agreement is urgent and crucial so that Kosovo and Serbia can advance on their respective European paths.”

Hoti stated on Tuesday that his government has already built credibility in the EU-mediated dialogue. “We took difficult decisions, but today we are at the centre of decision-making, and we are a credible partner to the EU, the United States and other countries who support us as an independent state,” the prime minister said.