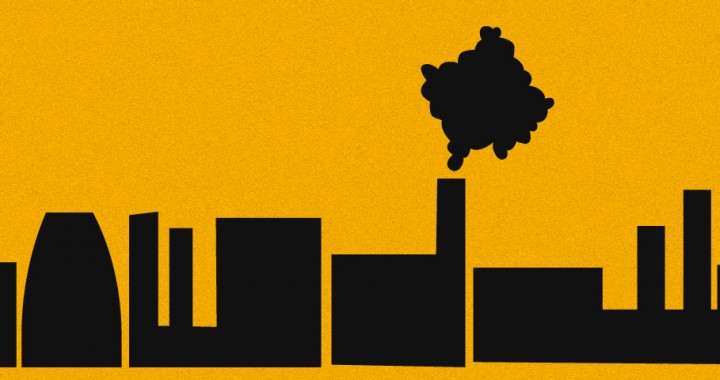 A planned coal-powered plant will only increase healthcare costs in Kosovo, a new report finds. Similar trends are also noticeable throughout the coal-dependent region.

Coal-fired power plants in Kosovo are adding 144-352 million euros per year to the cost of healthcare, according to a European environmental group.

A new report published by Brussels based NGO Health and Environment Alliance (HEAL), a consortium of health organizations, describes major health and financial implications for Kosovo, as well as the entire coal-dependent region. 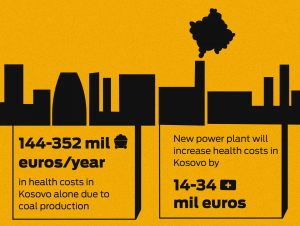 A planned plant intended to replace the fifty year old Kosovo A will increase these costs by 14-34 million euros per year, the report projects.

Kosovo has the highest dependency on coal in the Western Balkans, using it for 85% of energy consumption. Lignite, the dirtiest kind of coal, is used in Kosovo exclusively, making the country the fifth largest producer of lignite in the world.

Two power plants, Kosovo A (built in 1962) and B (built in 1983), are located close to Prishtina and produce 97% of the country’s energy. The existing plants, have a cumulative capacity of 1,080 MegaWatt electric (MWe) and the planned plant (Kosova e Re) will have an additional 500MWe.

ContourGlobal, a multi-million dollar energy company out of the USA, has already secured the tender for Kosova e Re.

HEAL attributes this difference to, “the lack of filters in Western Balkan plants.” They go on to explain that some new filters can remove between 10-30% of Particulate Matter (PM).

In the region, Kosovo is the largest producer of PM2.5, a tiny pollutant considered the most detrimental to health because it is small enough to enter the bloodstream.

The opening of Kosova e Re will eliminate Europe’s largest polluting plant, Kosovo A, while its sibling Kosovo B is planned to be upgraded.

Despite measures to limit the environmental damage from Kosova e Re, experts  state that the new plant will only prolong Kosovo’s fossil fuel dependency and the health effects on the populous.

Coal-fired power plants in Bosnia and Herzegovina, Kosovo, Macedonia, Montenegro and Serbia have a current accompanying health cost between 2.9-8.5 billion euros per year with a projected increase of 73-204 million euros per year due to plans for further power-plant construction, according to HEAL.