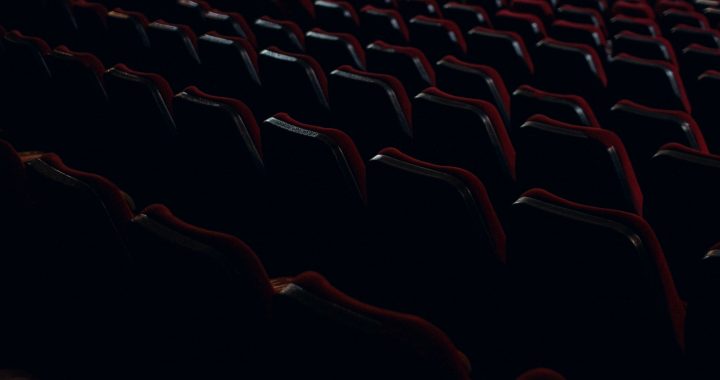 No season: A chance to promote non-elitism in performance art and decentralize the stage

The pandemic has been financially devastating for artists and performers, both in Kosovo and around the world, but it also creates opportunities to envision new perspectives.

During the black death, the Globe Theatre closed down but there are documents which give hints that Shakespeare kept busy writing one of his masterpieces, King Lear.

Fast forward four centuries and we are overwhelmed by TV Shows and films on Netflix, HBO, Amazon and other online streaming platforms that contribute to mass consumption anaesthesia – a distraction from forms of art that used to aim at bringing people closer together, or mobilizing people to enact social change.

It is hard to imagine people capable of focusing and reflecting the current situation through writing plays these days, especially since theatre and performance making have come a long way since then, with their experimental forms and the complexity of contemporary necessities.

There’s a conviction that making sense of what is happening now is only possible in the distant future. Many of my friends in the performance art world have spoken of the intellectual dormancy and the need for care, the need to rest, to overcome the global craziness.

However, with working structures almost fully switched to online mode, it is difficult to take time away from the screen to stave off exhaustion and the peculiar distortion between the mind and the body that 2020 has created.

Furthermore, artists’ labour is often contested and dependent on government’s leftovers that place productivity at the center of compensation ‒ even when discussing emergency funds that aim to soothe the wounds of a catastrophe. There should not be an expectation for tangible outcomes resulting from these precarious conditions.

The amount of labour that goes into the making of a theatre and performative production is rarely discussed, leaving this form of artistic expression to a handful of uncompromising devotees and elitist audiences whilst the theatre technicians and those that take care of the venues remain behind the curtains.

Without intending to sound like a bearer of bad news, and while aiming to approach with a vision instead of wishful thinking, the Deus ex-machina mechanisms aren’t going to save stage art from canceled premieres and tours, that will only continue due to the further deepening economic recession across the globe.

This situation should be evaluated realistically, but not become a burden to finding creative solutions that can erupt from it. There are rarely any grounded excuses for not making art, and when space is taken away from us, we need to stand up and reclaim it by occupying it! With virtual space at our disposal, it is more possible than ever to materialize this, no matter how absurd and contradictory it may sound.

Theatres in Kosovo have concluded that they need to improve the quality of filming their performances as a lesson learned during the lockdown.

Proper documentation of performances is mandatory, however in an era when our iPhones, Zoom, Skype and the like enable us to do our jobs in pyjamas, we can become more creative about ways in which we replace stage performances. We can keep working in our fields by expanding our reach and imagination.

Despite this, it can’t be denied that the magic of theatre and performance lies in its live nature. Within the circumstances, even with the aforementioned streaming platforms at hand, theatre filming stands very low chances of competing.

We aren’t able to promote a culture of paying even the cost of a macchiato to support art workers through the streaming of local stage artwork. This is largely because the grant-based mentality has stripped audiences from their financial responsibility towards the art-maker.

Relying on public TV streaming is more of a morale booster or camouflage than a practical solution for the careers of stage artists who remain at the mercy of accepting roles in derogatory TV shows. It is a career that makes one think twice about whether their parents’ were right to demotivate them from studying art, wishing that they could have insisted a bit more in orienting their kids towards economics and business admin studies instead.

To return to a more fruitful approach to this situation, it is vital to take this opportunity to think of what reforms need to be applied in order to change the devastating situation theatre and performance art workers in Kosovo have been left with.

I don’t believe in neutrality and art is the last space where one should be allowed to remain neutral! The current situation calls for a politically engaged art more than ever! Physical limitations are a great chance to overcome the ghettoization of the Kosovar art scene, deprived from travels that the visa regime has imposed.

This may sound paradoxical but on the flip side, it is the first time in the contemporary history of the 21st century when other populations, including privileged western ones, are suffering from similar limitations. Kosovar performance and theatre artists need to conduct the right research, to find the right online theatre performances to watch, be inspired to get creative and participate in this global community of cyber creation.

This is a great moment to give space to those young emerging playwrights, directors, light, sound, stage and costume designers, or simply storytellers that navigate well with technology and were born in the era of the internet.

What needn’t be forgotten though is to question the corporations that lead online media surveillance and expose the limitations of the platforms. A healthy art form is one that interrogates itself from within.

Unfortunately, the situation is reminiscent of the arrival of industrialization that put the artisanal workforce out of function. This new generation needs to bug the established generation of artists by being outspoken, confident in their experimental ideas and insist on getting support. Meanwhile, the latter is obliged to transfer certain knowledge and responsibilities as well as create new opportunities for the younger generation. This form of collaboration would be ideal for both pairs!

To further expand the possibilities, site and audience specific performances, podcasts, radio dramas are a few other great solutions, to mention a few. Going to where people live, entering their homes even through virtual space can help de-elitise and decentralize the stage, as well as cultivate audiences – the obligation of every artist!

Outdoor GPS treasure hunts are another idea that has already been brought to life in the UK, involving smaller groups of people that set outdoor clues in the woods and parks for other small groups of people to find and further the game.

This period of withdrawal can become one in which artistic and cultural institutions are transformed into civic institutions and engage people in participatory work with a playful nature. Focusing on possibilities when pressed against the wall has occurred many times throughout history, and looking at this moment from that perspective can be beneficial, at least until the time comes when we can engage in haptic experiences again.

Fjolla Hoxha is a playwright, performance artist and critic of theater and drama.