Prishtina’s efforts to integrate health care facilities in the north of Kosovo into the country’s health care system have so far been unsuccessful, leading to wasted money, divided communities, unsupervised institutions and the Law on Health failing to be fully implemented.

Fifty-six year-old Ismet L. had never imagined undergoing surgery at the hospital in North Mitrovica, which is funded by Serbia and operates separately from the Kosovo health care system. But a year ago, two Serbian surgeons from the Ophthalmology Clinic who Ismet had picked up in his taxi convinced him.

“As I was driving them north, the two Serbian doctors, a man and a woman, asked me about the mole I had near my eye, which was pretty developed,” said Ismet, whose taxi route in Mitrovica covers the administrative district known as the ‘Bosniak neighbourhood’ in the north of the city.

“Then they asked me whether I would go with them to the hospital in the north and remove it,” he continued. “I was surprised because I never even thought of going there.”

The next day, Ismet went to the hospital and, after completing the tests, he underwent surgery. The taxi driver says that there are also other Albanians with health problems that he has taken to the hospital.

The North Mitrovica hospital employs around 1,000 health workers, but has no ethnic Albanian members of staff, with those who worked there before 1999 having left.

The health sector, like many other sectors in the northern municipalities of North Mitrovica, Zubin Potok, Leposavic and Zvecan, continues to operate outside of the Kosovo system. The hospital offers free health services to all Serbs living in Kosovo, who are provided with health insurance cards by the Serbian government, which entitles the holder to free health care.

Kosovo’s own health insurance system is still not operational, but there are local offices of Serbia’s Health Insurance Fund across Kosovo, with branches in Priluzje, Zubin Potok, Leposavic and Zvecan.

As a result of Prishtina’s failure to integrate the health care facilities in the northern municipalities within the Kosovo health care system, the Law on Health is not yet fully implemented in the municipalities of North Mitrovica, Leposavic, Zvecan and Zubin Potok, a situation acknowledged even by Kosovo’s Ministry of Health.

“Due to the specifics of this part of the territory of the Republic of Kosovo, along with other laws adopted by the Assembly of Kosovo, the Law on Health has limited scope and application,” the ministry stated. “It applies in areas where Albanians and other non-Serb communities live, but much less in Serb-populated areas.”

The Ministry of Health cited barriers imposed by Serbia as one of the key factors behind the inability to integrate the main hospital in the north. 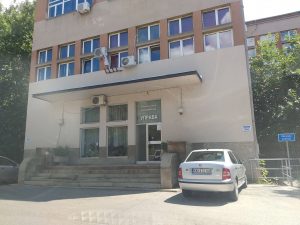 “The regional hospital in northern Mitrovica shares the fate of other institutions located in the north, for which Serbia has consistently been an influence on their refusal to integrate into the Kosovo health system,” the ministry said. “Those barriers coming directly from Serbia take the form of payments, or financial incentives made by Serbia, whilst encouraging health care institutions not to recognize or report to Kosovo authorities.”

Sanitation standards in the hospital and other health care institutions in the north of Kosovo are checked by Serbia’s inspection team, which has an office in North Mitrovica.

Kosovo’s Ministry of Health, conducts few inspections in the northern municipalities, while there is also a lack of information related to general developments.

“There have been inspections by the Health Inspectorate in those municipalities, but a much smaller number of inspections than in other parts of Kosovo,” the Ministry of Health said. “However, there is no accurate data on how many private Serbia-run health entities operate in the area because they do not apply for licensing from the Ministry of Health, but their number is estimated to be small.”

The problem of Serbia’s parallel institutions has been raised within the Brussels dialogue in recent years. Kosovo government officials have repeatedly said that there will be no decision to establish an Association/Community of Serb Municipalities, without removing all of Serbia’s parallel structures, including in the health system.

Neither the hospitals in the north nor the Serbian government’s so-called Office for Kosovo and Metohija, OKM, through which the health system operates, were willing to respond to questions on this topic.

In 2017, Serbian government officials outlined a transition in the health system, but only in the context of joint projects with the Serbian Ministry of Health, stressing that the transformation does not imply integration of the system within the laws of Kosovo. Based on figures from the OKM, in the last five years Serbia has invested around 130 million euros in the health system in the territory of Kosovo.

The education and health sectors in the north are not included in local-level budgets, which are administered by municipalities in accordance with Kosovo’s Law on Local Administration. The omission of payments from this sector has led to budgets not being fully spent.

For 2018, the Municipality of North Mitrovica had a budget of over 3.2 million euros for salaries and allowances. Out of this total, only 2 million, or 61 percent, was spent. According to the National Audit Office, this low level of budget execution was due to non-payment of salaries to employees in the education and health sectors, as a result of political circumstances in the northern municipalities.

The Kosovo government has allocated millions of euros to the health sector in the north despite not having it under its jurisdiction.

“These projects were implemented in cooperation with the mayors of these municipalities, who agreed to sign agreements containing the logo of the Government of the Republic of Kosovo, within the commitments of the Government of Kosovo for the integration of that region into the health system of Kosovo,” the statement continued.

According to the Ministry of Health, in January 2015, 22 members of the Serbian community, a group made up of nurses, support technicians and one dentist, entered into an indefinite employment contract with the ministry, based on the Law on Labor.

“Under the employment contract, this number were employed in health facilities in North Mitrovica, including a hospital in the north,” the ministry said. “They have signed contracts with the ‘Pre-integration Declaration,’ stating that they are ready to be transformed and integrated within Kosovo’s health care institutions, as well as being provided with an identification document from the Republic of Kosovo and applying for a license from the Ministry of Health.”

The Ministry of Health also stated that it asked the new employees to report on their work in order to execute the signed contracts, but so far there has been a lack of accountability from the staff employed by the ministry.

According to the report, this omission arose due to a lack of management control by the ministry, which should ensure that all public servants are present in the workplace during working hours. The report goes on that state that paying these employees without evidence of attendance damages the Ministry of Health’s budget and increases the risk of irregular payments.

In this regard, the Minister for Health was advised to undertake all actions to ensure the regular attendance of these employees by conducting continuous monitoring, as provided by legal acts. “If the problem cannot be resolved within the Ministry, it is recommended to the Minister to address this issue to the Government as well,” the report states.

Currently the Ministry of Health is only in possession of information about the number of staff it finances from its budget. It does not have any data on others who do not report to this ministry.

While some non-Serb communities seek health care in the northern municipalities, Albanians, who make up a minority in this area, say they do not feel safe receiving the services Serbia provides.

Deputy Chairperson for Communities in North Mitrovica, Bashkim Cimili, says he has requested Kosovar institutions to build a clinic in the Bosniak neighborhood, a request which so far has not been fulfilled.

In the absence of security and a Kosovo-run facility north of the Ibar river, many Albanian patients from the north visit health centers in the south of Mitrovica.

With regard to the number of Albanian patients from the north who are offered health services in south Mitrovica, Hasanaj-Barani added that they do not possess exact data, since they do not have protocols for recording such information, but they have verbal confirmations from staff in health care facilities.

The director reveals that the municipality received a request from residents of the village of Bistrica in the municipality of Leposavic to hire a family doctor, “because their municipality has not completed the recruitment procedures for hiring a doctor that would potentially meet the needs of the citizens in that area.”

According to Hasanaj-Barani, everything at the center is provided by the Health Directorate of the Municipality of South Mitrovica: from the maintenance of the facility and supply of consumables/medicines to the dispatch of health personnel.

“Despite the fact that we do not have any cooperation with the management or municipal directorates in these municipalities, we continue to provide services to the Albanian community in those areas,” Hasanaj-Barani concluded.

The tendency for communities to be divided when it comes to accessing health services has also been identified in various surveys conducted by civil society organizations.

According to this report, members of Bosniak, Gorani, Roma and Ashkali communities in North Mitrovica, Zvecan and Leposavic mainly visit and receive services from Serbian health institutions, while members of the Albanian community in North Mitrovica and Zubin Potok mainly visit and receive health services in health institutions managed by the Republic of Kosovo.

However, shortages and costs of medicines are major problems that, according to respondents, affect their living conditions. The supply of health centers with medicine and other consumable materials continues to be provided by Serbia but Kosovo Customs has in some cases banned the unauthorized entry of medicines and health insurance cards.

The Assembly of Kosovo is the institution that oversees law enforcement in the country, including the Law on Health. But lawmakers from the last legislature who made up the Committee on Health, Labour and Social Welfare, said that monitoring was not permitted in the northern municipalities.

Former Chairwoman of the commission, Besa Baftiu stated that they have no information about the situation of this sector in the north. “As a committee, we have naturally discussed this issue,” she said. “In the past mandate our commission monitored the implementation of the Law on Health and during the monitoring within the framework of the work plan we planned to visit the health institutions in North Mitrovica, but such a visit was not enabled.” 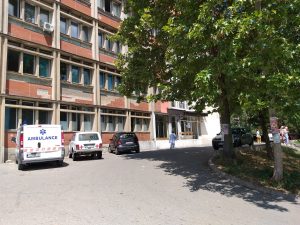 According to Baftiu, regrettably, Serbia’s control over health institutions in North Mitrovica continues. “Besides the Law on Health, other laws of the Republic of Kosovo are also not applied in this area,” she emphasized, adding that the Ministry of Health has been consistent in its declarations that those services provided by Serbia in North Mitrovica are illegal.

“According to the Ministry of Health, the failure to integrate this region represents a political problem that should have been resolved in talks with Serbia in Brussels,” Baftiu said. “The Ministry of Health is not even aware of the number of health employees in the north.”

Serbian doctor Rada Trajkovic, who was also a member of the Kosovo Assembly, said that Kosovo Serbs could not survive without Belgrade, especially when it comes to the health care system.

Meanwhile, Sinan Prekazi, a doctor from Mitrovica, is amazed at how, after so many years, his counterpart colleagues resist integration and collaboration with other communities, describing the exclusion of Albanian doctors from the hospital in North Mitrovica on the basis of ethnicity alone as unjust.

An EU funded project managed by the European Union Office in Kosovo and implemented by BIRN and the Association of Kosovo Journalists, AJK.

by Shqipe Gjocaj
Next: Opinion

Kosovo state must regain the trust of its people