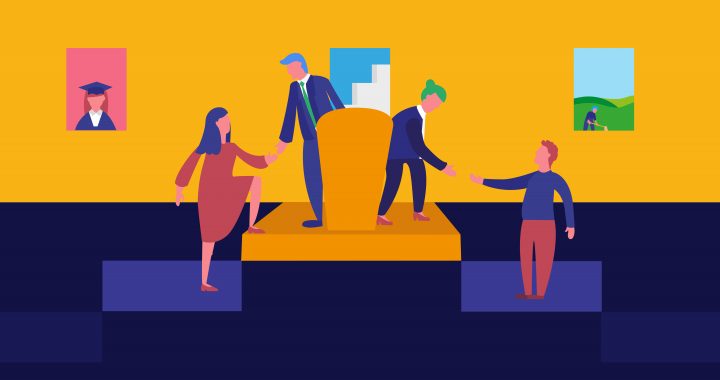 Kosovo state must regain the trust of its people

Kosovo’s political elite are squandering the country’s potential for growth. Redistribution and reprioritization of the country’s resources must move away from unsustainable investment and towards the needs of its people.

Kosovo receives so much foreign support, yet its development has been stagnating more than in neighboring countries. But perhaps this outside assistance is precisely the problem: with too much external advice or guidance, a feeling that little real, substantial support is offered has grown among citizens, who see this ‘help’ as hindering Kosovo’s ability to develop itself.

So far at least, Kosovar politics has been shaped by foreign interests or influence, and no government has yet been able to come to grips with issues of genuine concern for the people who voted for and put confidence in them.

On the contrary, social security in terms of the health sector, occupational safety and state pensions for the retired are significantly worse than in many neighboring countries. Economic development is limited to only a few, often unsustainable sectors, such as the construction of highways, real estate and coal-fired power plants.

Education in Kosovo is among the worst in the region, while the youth unemployment rate stands 60 per cent. There is a proliferation in the number of young people with qualifications but with no reliable career path to enter into upon graduation in Kosovo.

All of this creates a situation which increases the motivation for youth emigration from Kosovo. Hundreds cling to foreign embassies in search of visas. In 2018 alone, 38,000 visas were issued by the German embassy, of which 13,000 were long-stay visas designed for students and those working.

People in Kosovo have been relying on ‘wise leadership’ by foreigners and trusting that governments would act accordingly for too long. More and more people are realizing that this reliance and this trust must come to an end.

‘Kosovo’s youth is worth more than gold’

To be sure, Kosovo does not exactly lie on oil fields or produce tons of gold. But Kosovo still has the potential to make the country a place where people feel safe and secure with jobs and good future prospects. The potential lies not in luck with natural resources, but in the people themselves.

Kosovo’s youth make up the largest proportion of the population, but efforts to integrate improvement of their education into the state’s development plan has been minimal.

In the meantime, reports, studies and analyses from governmental and nongovernmental organizations fill kilometers of shelves, and conferences and workshops on these topics fill the coffers of hotel owners until they burst. While publishing a study or organizing a conference may be a success for those who are involved, people in Kosovo hardly benefit from them.

Experts say, for example, that Kosovo could feed itself with its own produce if only it would concern itself with modernization and strategic expansion of the agricultural sector. Instead, up to 70 per cent of food is imported, while Kosovo’s own farmers remain at subsistence levels because they receive no real support.

This year, employees at vineyards in Kosovo found themselves in another price dispute with their buyers, resulting in many grapes being left to rot. The state was not in a position to intervene or help safeguard the industry, and those cultivating plantations of grapes have pledged not to enter into the same business next year, calling it unprofitable work.

Kosovo’s agricultural sector must be developed so that more is produced here and less is imported. This development should include training for farmers and improvements in infrastructure conditions that would prevent up to half of all agricultural products being thrown away every year because they cannot be stored when not sold out immediately.

Agriculture is not the only area suffering, the health sector in Kosovo is probably one of the most dangerous viruses in the country. In 2017, the average life expectancy in Kosovo was lower than every single neighboring country in the region by at least four years, sitting at 72.

There are already clearly identifiable issues for future governments representing the interests of their constituents to address: the establishment of a functioning health care system, as well as the creation of better living conditions by protecting the country’s environment.

Investing in green energy creates cleaner air and more jobs, with huge potential for boosting economic growth. However, Kosovo’s students interested in contributing to this growth saw the faculty of the University of Prishtina dealing with energy studies shut down last year because of a lack of professors to teach the subject.

A stable  education system and vocational training programs would be worth more than gold in Kosovo, a country with a higher percentage of young people than any other European country. This must be the focus in the future: active and coordinated labor market policies (such as recognizing needs, offering appropriate training, education and training, including job seekers and employers) must bring education and business together and make them capable of close cooperation.

The question of how a democratic state can accomplish all these tasks, provided its government wants it, is far from answered. Today, fewer than 50 per cent of workers and employers pay taxes. Without taxes, no state can accomplish even a fraction of the tasks described above.

Today, people’s trust in their state institutions is lacking. A future government must regain this trust, and then citizens must make their contribution in the form of taxes and social security.

There must be a will from Kosovo’s political leaders to make such changes, but this has not been the case so far. While a sizeable chunk of the country’s budget is allocated to social welfare, the majority of this money is allocated to paying the monthly pensions of Kosovo’s war veterans, the list of which exceeded 40,000 people in 2017 and has been hotly contested following accusations that more than 20,000 of these names are falsely registered.

If the government can improve its own infrastructure, Kosovars will be ready to invest in their governing bodies, and be happy to hand over responsibility for their education, their healthcare and their social welfare. However, regaining the trust of the Kosovo people will be nigh on impossible in the face of continued over-investment in asphalt and coal-fired power plants in the future.

Kosovo needs competent public servants who are loyal to the state and its responsibilities, not people who are only interested in playing party politics. It needs transparency in decision-making and civic participation in building the state that its people fought for. Only a government that will strive to make these conditions a reality will succeed in successfully accomplishing other tasks – together with Kosovo’s people and their trust.

Bring nets, not the fish

The diaspora is often referred to as Kosovo’s great hope. That is only half true: Yes, it is true that with their help many family members in Kosovo can live an adequate life, one that may be impossible without their contributions.

In turn, this support promotes consumption. However, those who make their money abroad rarely make significant economic investments that have the potential to bring growth in a country that they left precisely because of this lack of opportunity and the rule of law.

So, the diaspora limits itself to sending fish, when they should be sending the fishing nets, allowing family members to learn how to fend for themselves and contribute to Kosovo’s economic and social development.

A future Kosovo government must finally set its priorities straight: economic prosperity and social security must be the pillars of a country where people feel secure and actively involved. Kosovo must finally have politicians in the Assembly who want to listen to people and work for them and for their interests.

Frank Hantke is the country director of Friedrich-Ebert-Stiftung, FES, in Prishtina. He has been working for FES in the Western Balkans for around 15 years and was previously country director in North Macedonia and Albania. In addition, he led the regional office of FES in Serbia for five years.